Fnar fnar. Angelina Jolie has opted out of the sequel to Wanted to make a movie about a pair of newlyweds who build a timber empire during the Depression. There is no punchline to this joke.

It was reported last week (just not by us) that Angelina Jolie had poo-pooed a role in the potential sequel to Wanted and was set to star in Children Of Men director Alfonso Cuaron's sci-fi thriller, Gravity. Turns out we were right to turn a blind eye, because it was bunk. Instead, La Jolie has decided to appear in an even more boring movie instead.

The Hollywood Reporter are claiming that Jolie is in talks with director Darren Aronofsky to appear in an adaptation of Ron Rash's 2008 book Serena: A Novel. So, she's given up this... 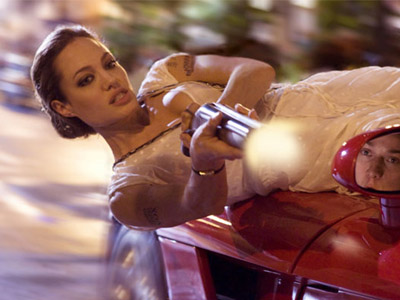 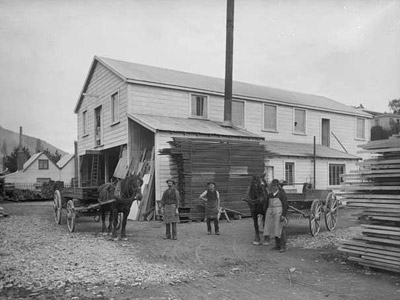 Okay, so Serena: The Film doesn't look like such a snooze-fest after all, despite basically being about dead wood (I know the feeling). Aronofsky is an awesome director (see: Pi, Requiem For A Dream, The Wrestler) and the whole thing has a tang of There Will Be Blood about it. Also, there's every chance Aronofsky might go from directing a movie about timber merchants in Depression-era America to Robocop. Pyow pyow!

Here's the synopsis of the book. According to boffos, it's a top bog read.

"
"
"The year is 1929, and newlyweds George and Serena Pemberton travel from Boston to the North Carolina mountains where they plan to create a timber empire.

Although George has already lived in the camp long enough to father an illegitimate child, Serena is new to the mountains — but she soon shows herself to be the equal of any man, overseeing crews, hunting rattle-snakes, even saving her husband's life in the wilderness.

Together this lord and lady of the woodlands ruthlessly kill or vanquish all who fall out of favor. Yet when Serena learns that she will never bear a child, she sets out to murder the son George fathered without her."
I know, right? Could... be... alright? Unfortunately I've run out of wood=penis analogies to be able to analyse this story with any real critical capacity. You're on your own!

More:  Angelina Jolie  Darren Aronofsky  Serena  Boner Jokes
Follow us on Twitter @The_Shiznit for more fun features, film reviews and occasional commentary on what the best type of crisps are.
We are using Patreon to cover our hosting fees. So please consider chucking a few digital pennies our way by clicking on this link. Thanks!