Auditioning for David Fincher is fun

Slam yer peepers on the first official(ish) pic of Rooney Mara as Lisbeth Salander 2.0, plus details of what she did to get the role. Oh Fincher, you so crazy!

While we were all busy gawping at the Yogi Bear trailer for the 87th time, W Magazine - whatever the fuck that is - managed to land a rather tasty exclusive and nab some time on set with David Fincher as he shot his take on The Girl With The Dragon Tattoo, or 'GiWiDraTat' as all the cool kids are calling it.

Fincher - who, with three serial killer movies under his belt, never struck me as the most jovial of directors - comes across quite well in the feature, but he let slip an interesting nugget on exactly what was expected of actresses when they auditioned for the role of Lisbeth Salander.

As promised, here's the first pic of Rooney Mara, her who was bestest at raping, in character for the first time. It's pretty much spot on: the grumpiest, most surly IT specialist whose time you ever wasted. 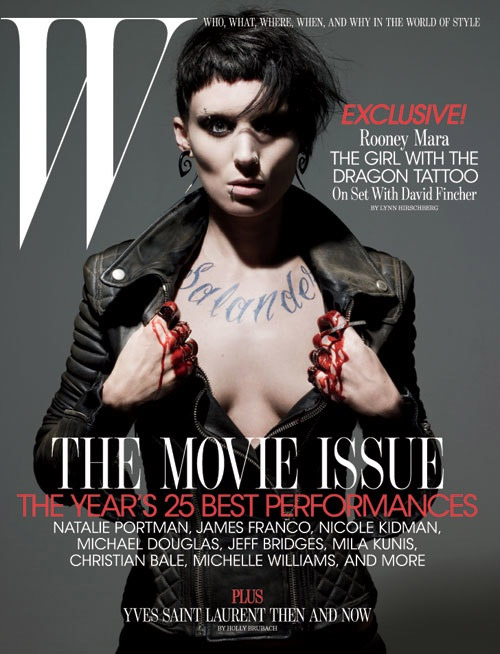 TITS OR GTFO
More:  The Girl With The Dragon Tattoo  Millennium Trilogy  David Fincher  Rooney Mara
Follow us on Twitter @The_Shiznit for more fun features, film reviews and occasional commentary on what the best type of crisps are.
We are using Patreon to cover our hosting fees. So please consider chucking a few digital pennies our way by clicking on this link. Thanks!