Channel 5 drops Justified amid concerns it was good

Channel 5 today announced that it had no intention of broadcasting season five of Justified, having come to the conclusion that it was really very good and therefore not in-keeping with the channel's ethos.


The decision came the day after FX announced that 2015's sixth season would be the show's last.

"We'd become increasingly concerned that Justified represented a jarring disconnect with the rest of our schedule," confirmed Channel 5 Director of Programming, Keith Goebbels. "I watched a couple of episodes last year and they had all these deftly interwoven storylines and actors who behaved an awful lot like their characters probably would have done in a given situation.

"It was then I decided to pull the plug." 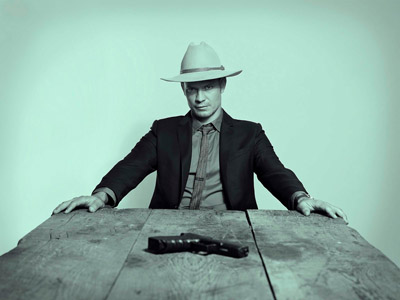 "We couldn't continue to associate the Channel 5 brand with Timothy Olyphant, who is much too good at pretending to be Raylan Givens."


"Good drama is not the direction the channel wants to be going in. You must understand we have a reputation to uphold. If it'd gone on much longer we couldn't have held up our heads as the only network prepared to pay Brian Dowling to do anything other than bike courier work.

"Of course, we tried putting it on at 12.45am on a Thursday but that didn't work: a few people still managed to tune in. It became clear to me that the only course of action was to ditch Justified to free up budget for another series of Hens Behaving Badly.

"Sex toys and Jagerbombs don't grow on trees, you know."

More:  Justified  Timothy Olyphant  Graham Yost  Channel 5  FX
Follow us on Twitter @The_Shiznit for more fun features, film reviews and occasional commentary on what the best type of crisps are.
We are using Patreon to cover our hosting fees. So please consider chucking a few digital pennies our way by clicking on this link. Thanks!