Comic-Con round-up: The Man Who Wasn't There

San Diego Comic-Con 2012 happened this weekend, and all sorts of new trailers and announcements were unveiled. I couldn't go, as the State of California requires me to be more than 200 yards away from Emily Blunt at all times. It was all a big misunderstanding: I wasn't hiding under her car; I was just looking under it for my contact lens.


At The Walking Dead panel, this four-minute trailer gave us a proper first look at David Morrissey as The Governor and Danai Gurira as Michonne, and more importantly, strongly hinted that a helicopter will explode.


If you're of a mind to watch the first two minutes of things then watch the rest three months later, here's the first bit of the Dexter season seven premiere, shown at the Comic-Con panel. I wish I hadn't seen this to be honest, because it kind of spoils it, but I had to. For you. Look out for any oncoming traffic while you're watching it, won't you? 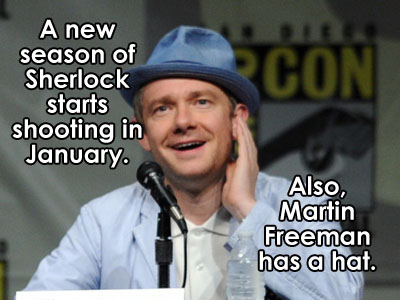 This trailer for Spartacus: War of the Damned suggests an interesting new creative direction in which he drinks a lot of mint tea and talks about his feelings.


Someone or other who has something to do with Glee announced that things are going to get tough for the Glee-ers in the next season because now they've won the nationals, they're going to have to find some new people for the regionals, but the district- and county-wides are still very much up for grabs or something and one of them might be into another of them but they don't know it and anyway they're much more into the other one, you know, the one with the tank top and oh God someone please chop off my fingers so I don't have to type this any mor
Breaking Bad threw this season five trailer at us, then just sauntered off, all casual like, leaving us to clean up all the ejaculate. 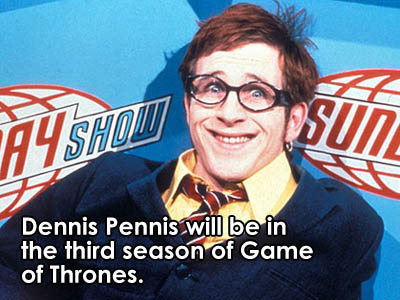 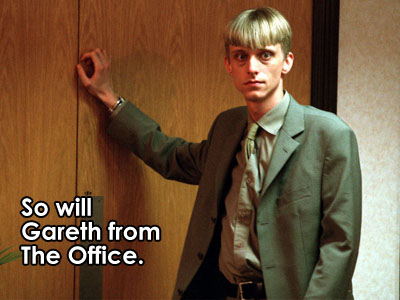 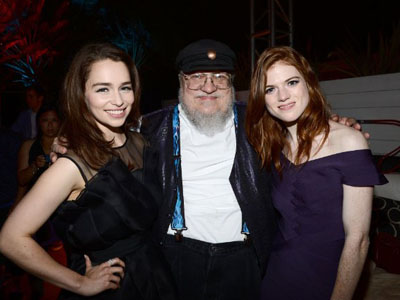 Man, I've got to write me some fantasy. What's a good name for a goblin? I don't know, Keith or something? Right, I'm halfway there.
At the Elementary panel, someone asked Lucy Liu: "How are you responding to the criticism that Watson is female and Asian?" Bad move.


Everyone just filed quietly out of the room after that.
True Blood, having made the rookie error of actually being halfway through its fifth season already come Comic-Con, didn't have anything much to tease, so they teased the second half of it just so they could get their parking validated.


Finally, new show-runners David Guarascio and Moses Port promised "not to screw up" the glorious Community. Then Yvette Nicole Brown announced that the German foosball players will be back, thus selling me on whichever creative direction they choose to take.

More:  Comic-Con  The Walking Dead  Game Of Thrones  Breaking Bad  Dexter  Sherlock  Elementary  Spartacus  Community  Glee  True Blood
Follow us on Twitter @The_Shiznit for more fun features, film reviews and occasional commentary on what the best type of crisps are.
We are using Patreon to cover our hosting fees. So please consider chucking a few digital pennies our way by clicking on this link. Thanks!