In entirely unrelated news, Jeremy Renner has joined the Church of Scientology. "I pledge to donate all my future wages to the almighty Xenu," droned Renner, his eyeballs as black as night.

Tom Cruise's bankability has been in question ever since he 'jumped the couch' on Oprah a few years back, causing Paramount's head honcho to call into question his ability to open a movie. Underwhelming box-office for Cruise's recent output hasn't helped, and despite Tom's growing collection of voodoo dolls, he's still considered a star skidding down the slippery slope.

Embarrassingly for Cruise - who despite his creepy public persona and questionable choice of deity is a fantastic actor and a perfectly lovely person - Mission: Impossible 4 has undergone changes so Cruise's lone grinning/grimacing fizzog on the poster won't scare off school children. Quite a knock to the male ego, you'd imagine.

The rumour was that Paramount were looking to position Cruise's Ethan Hunt as a mentor and hire a younger cast member, who could possibly continue the franchise after Cruise ascends to space heaven. Names flying around included Chris Pine and Tom Hardy, but The Hurt LockerJeremy Renner has been hired. Off to Tom's trailer, young man: you've got numerous sweaty training montages to prepare for.

Oscar-nominated Renner has already snagged a role in The Avengers and will also star in Ben Affleck's Boston-based heist thriller The Town (hence forth known as 'The Haht Lockah'), so fits the bill when it comes to an athletic young man who can keep up with Cruise in the running/looking intense stakes. He also has the largest nose I've ever seen on a caucasian male.

Mission: Impossible 4 is currently being worked on by director Brad Bird. Hopefully it's every bit as good as the massively underrated M:I-3. Yeah, that's right, you heard me - I professed a liking for a recent Tom Cruise movie! What are you going to do about it? Huh? HUH? 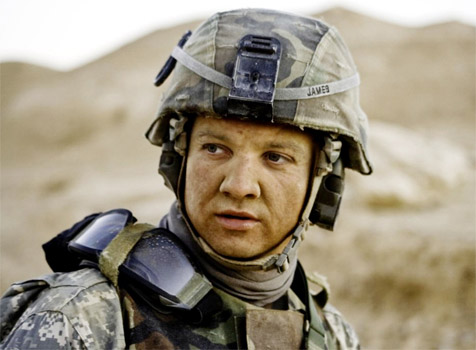 Seriously. It's huge. Combine that thing with James Van Der Beek's forehead and you'd have a human bobblehead.
More:  Mission Impossible  Tom Cruise  Jeremy Renner
Follow us on Twitter @The_Shiznit for more fun features, film reviews and occasional commentary on what the best type of crisps are.
We are using Patreon to cover our hosting fees. So please consider chucking a few digital pennies our way by clicking on this link. Thanks!