John Travolta thinks he signs up for Avengers 2

But it’s really the Toxic Avenger remake. Shhh. No one tell him.


Still reeling from the tabloid furore over ALLEGED sexual misconduct with ALLEGED male ALLEGED masseurs, Travolta is obviously keen to get his reputation back on track. And what better way than to sign up to star in the sequel to the biggest superhero blockbuster ever made?

Unfortunately, he hasn’t done that. This is The Toxic Avenger, a remake of a Troma film that’s only really well-loved by a minority of fans of low-budget, gore-tastic crapness. Still, he’s just lucky to get work at the moment, right? Even if that means playing this guy: 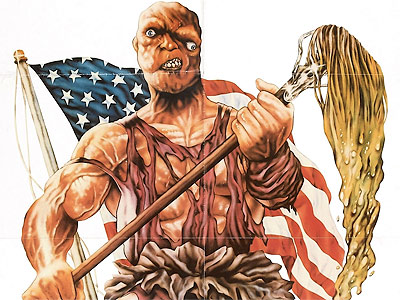 Of course, Travolta’s rumoured casting in this film doesn’t necessarily mean that he is playing the actual Toxic Avenger himself, who is the superhero alter-ego of a health club employee geek that gets thrown into some toxic waste and emerges an environmental crusader. Basically he’s like the Captain Planet of your nightmares.

No, it’s far more likely that Travolta will instead play the kind of villainous bad guy role that he so often signs up for to the enthusiasm of literally no one. Just think Punisher. And The Taking Of Pelham 123. And Swordfish. Christ, even Battlefield Earth.

Still, there’s always the chance that he will play the title character only, Lou Ferrigno style. To help imagine that, I have created a mock-up of what Travolta might look like as The Toxic Avenger. Just hover over the image below: 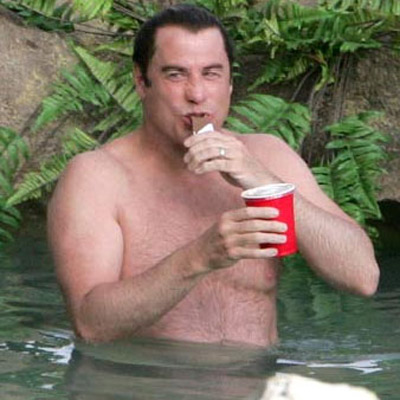 More:  John Travolta  The Toxic Avenger
Follow us on Twitter @The_Shiznit for more fun features, film reviews and occasional commentary on what the best type of crisps are.
We are using Patreon to cover our hosting fees. So please consider chucking a few digital pennies our way by clicking on this link. Thanks!