The utter lunacy of District3 being called District3 and not District 3 has been widely cited as the cause of the group's departure from The X-Factor on Sunday.


As the dust settled on another weekend that everyone involved described as "an emotional rollercoaster" because of a contractual stipulation that everyone who has ever appeared on ITV use the phrase to describe any situation in which they experienced emotions more extreme than those brought on by painting a fence, boyband District3 found themselves voted off The X-Factor and wondering what to do with all the pairs of red trousers they now owned.

In the bloody aftermath, attention turned to blame. And that blame was laid at the door of the missing space in the group's name. 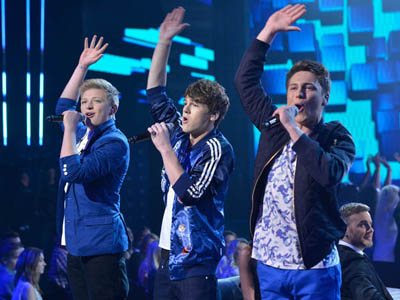 District3 in happier times, performing their signature song 'Baby Be My Pallbearer Tonight'.

"It was inevitable, really," said judge Gary Barlow in the post-show press conference. "As soon as the decision was made to remove that space, the die was cast. Throughout history, all the best acts have had spaces in their names. Third Eye Blind. Men at Work. Pato Banton. I look back on my early days in the business, and I realise it was only when we decided to rebrand ourselves after our early gigs as TakeThat that we started to have some success."

"You can't ignore the importance of good spacing," Tulisa Contostavlos agreed. "Name one smash hit artist without a space in their name. I look at acts like EPMD, Menswear and Kraftwerk and think to myself, You could've been so much more."

"Even just a judicious piece of punctuation can make all the difference," added Nicole Scherzinger. "You think Gilbert O'Sullivan or Blazin' Squad hit the big time before they put those apostrophes in? Or The Chi-Lites without the hyphen? 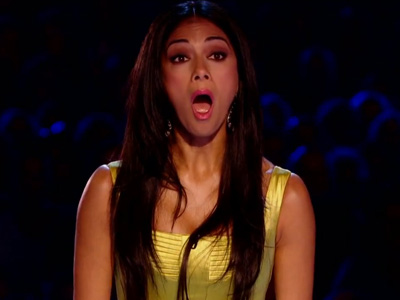 It was later pointed out to Scherzinger that everyone she knew had been dead for forty years.

The band, reported to be planning a year of getting handjobs off literally every teenage girl they meet before finally being allowed to release a single to coincide with next year's show, expressed surprise at the judges' comments.

"You realise this is The X-Factor, right?" said singer Greg West. "You think we have the slightest bit of input into what our band's name is?"

More:  The X Factor  Gary Barlow  Tulisa Contostavlos  Nicole Scherzinger  ITV
Follow us on Twitter @The_Shiznit for more fun features, film reviews and occasional commentary on what the best type of crisps are.
We are using Patreon to cover our hosting fees. So please consider chucking a few digital pennies our way by clicking on this link. Thanks!