No, Bret Easton Ellis. No.

Author Bret Easton Ellis has been teasing a new movie version of his book, Glamorama, but we're not keen on the teen dream he's seen.


If you conveniently ignore American Psycho and probably Less Than Zero as well, then Glamorama is easily Bret Easton Ellis's best book - which pretty much makes it one of the best books in this humble writer's opinion. It's the kind of sprawling story that people like to call 'unfilmable', which is dumb, since it's hugely cinematic and, in part at least, about the entertainment industry itself. It's basically a serious Zoolander.

Roger Avary had the film rights to Glamorama a while back, although quite whether that's still the case since he killed his passenger in a DUI remains to be seen, but Ellis remains coy on a film version of his celebrity terrorism epic. Even recently, he told reporters "the days of being able to make that movie are over" and floated the idea for a HBO miniseries.

You know Alex Pettyfer. This guy. 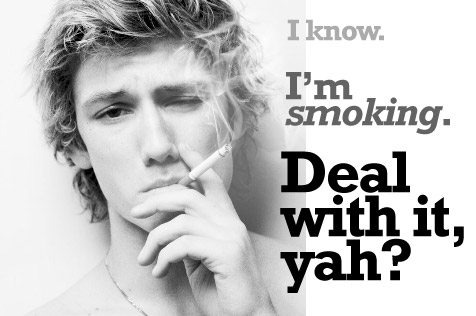 Now Bret. Judging by the protagonists you write into your books - jaded bisexuals who love the odd bit of hot cock - we're guessing you're flattering the untalented young Mr Pettyfer. There's every chance you're being flippant and purposely ambiguous. But, on the off chance you're being serious...

Get this fucking awful kid out of my movie.

As the only person in the world who has ever read Glamorama, naturally my opinions are correct and are of the utmost importance. With that in mind, let me say this: Alex Pettyfer is not Victor Ward. Yes, he's a young man, with connections to Hollywood and the world of celebrity. Yes, he might even be considered attractive in some quarters. Not to me, though. He doesn't even look like he'd have any genitals.

But that's not important. What is important is that Alex Pettyfer cannot act. I'm not sure if you saw promise in him as brat Alex Rider in kiddy adventure Stormbreaker or caught a glimpse of his talent as a fop-haired outcast alien in I Am Number Four, but either way, you were probably mistaken. I haven't seen Beastly, though. Maybe it's better than it looks. 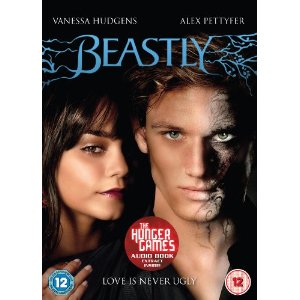 
To me, Glamorama encompasses all that is great about Ellis's writing - it's hilarious, scathing, horrifying and thrilling in equal measure. All I feel when I look at Alex Pettyfer is some vague revulsion, like there's some test tube baby bred from pure douchebag that's escaped from a lab somewhere. He actually has a tattoo above his crotch that reads 'Thank You', "in case I forget to say it". What a jag.

I'll admit, the character of Victor Ward is a grade-A asswad, but ironically, it takes talent to appear completely untalented and takes character to come across as vacuous. If the opposite were true, the Kardashians would have their numerous Oscars on display in their sex tapes.

I'm hoping it's just an off-the-cuff remark and Ellis just wanted to break himself off a piece of that ass. I'm going to console myself by watching Roger Avary's short film from The Rules Of Attraction, starring Kip Pardue as Victor Ward, on a loop, until I forget Alex Pettyfer exists. 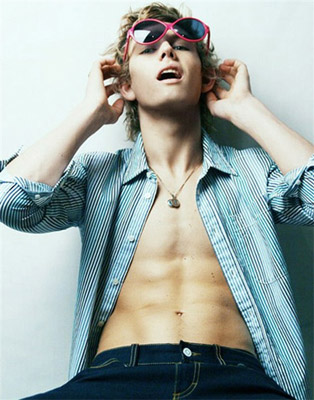 Done!
More:  Bret Easton Ellis  Glamorama  Alex Pettyfer  Books And Shit
Follow us on Twitter @The_Shiznit for more fun features, film reviews and occasional commentary on what the best type of crisps are.
We are using Patreon to cover our hosting fees. So please consider chucking a few digital pennies our way by clicking on this link. Thanks!