Set pics just in of Jessica Alba on the set of Robert Rodriguez's B-movie Machete. Above you can see Jessica trying to dehydrate Danny Trejo's face with the power of her mind.

Say what you like about Robert Rodriguez (you always wear a douchebag hat, your girlfriend is a skank, no one watches your crappy kids movies, and so on) but he can turn around a picture like no one else.

It seems like only yesterday we were left agog upon news that the Grindhouse trailer was to be made into a full feature; just like it seems like it was only this morning that we received the awesome cast list, featuring Alba, Steven Seagal and Robert Fuckin' De Niro. Now Rodriguez is shooting the damn thing already.

At this rate, the movie will be released tomorrow and the remake will be out on Wednesday. Quentin Tarantino will start adding obscure references to it when writing his new movie at the weekend.

Anyway, these pics show Jessica Alba and her magnificent ass clad in the luckiest denim ever sewn. And yes, that is Jessica Alba holding Steven Seagal's hand. This is dangerous: when both my ironic appreciation gland and my masturbatory appreciation gland get swollen, it's like crossing the streams in Ghost Busters. This could get messy.

A couple of pics for your viewing pleasure below (click for full size) or see the lot over at Phun.org (potentially NSFW ads).

(Note: Pic #2 features the scariest damn tattoo I've ever seen on Trejo's back. It depicts a bunch of kids fleeing from either an erupting volcano or a huge tsunami, only the kids have creepy smiles on their faces. For god's sake, don't ever let the people at the employment office see a tattoo like that.)

Update: User 'krunkisdead' points out that the kids in Danny Trejo's back tattoo are fleeing from a giant Jesus. Which is in no way less disturbing than a volcano or a tsunami. 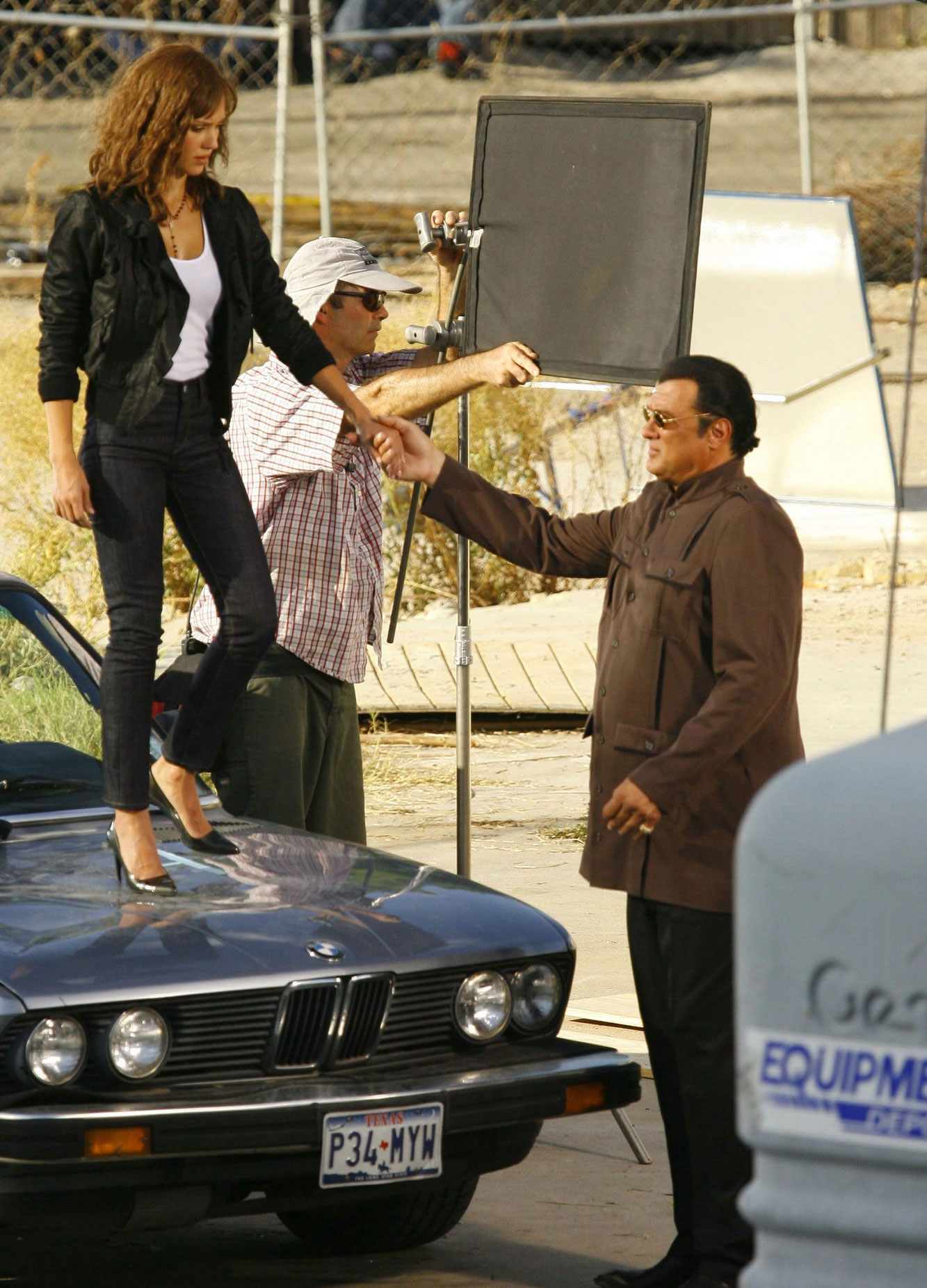 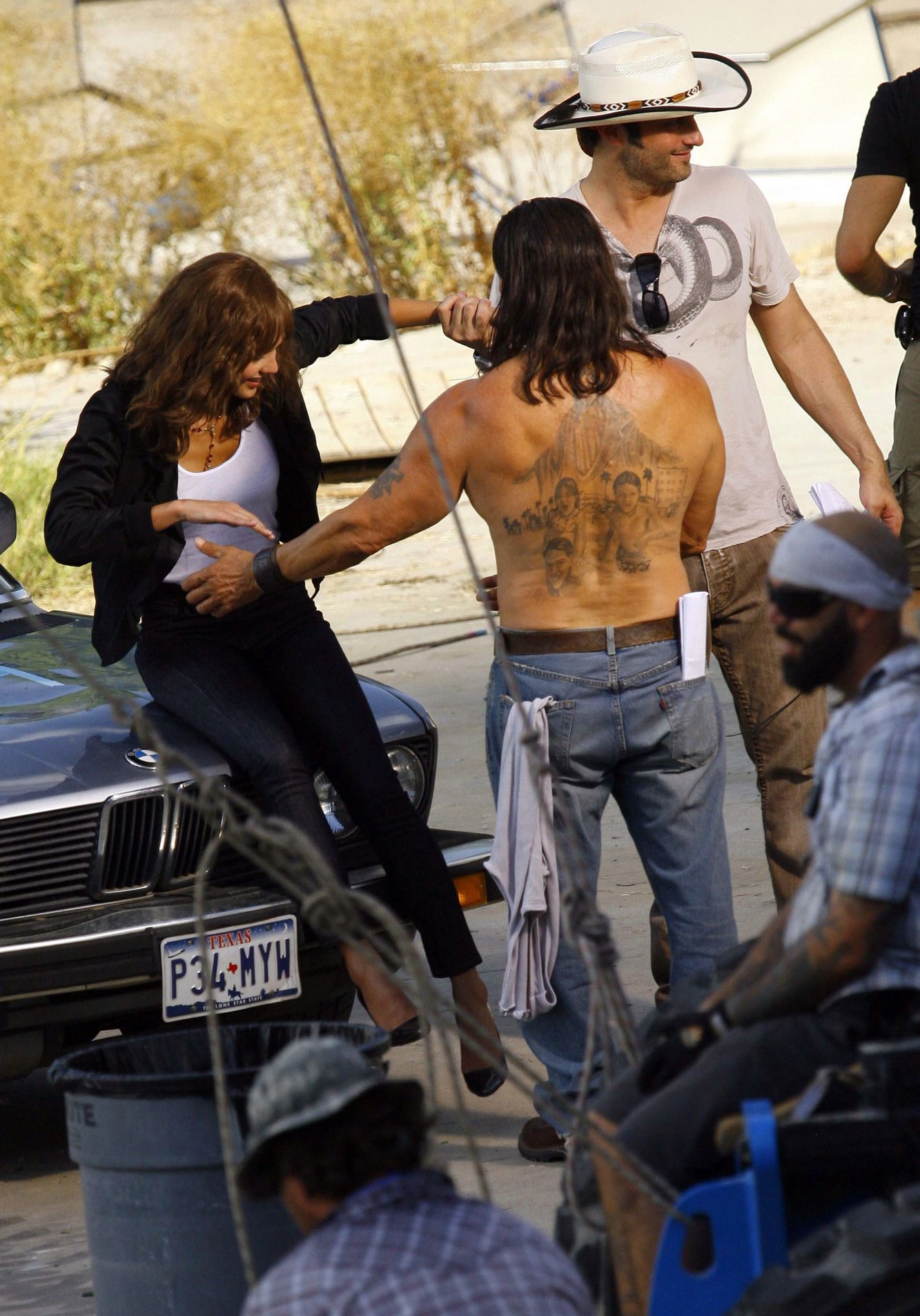 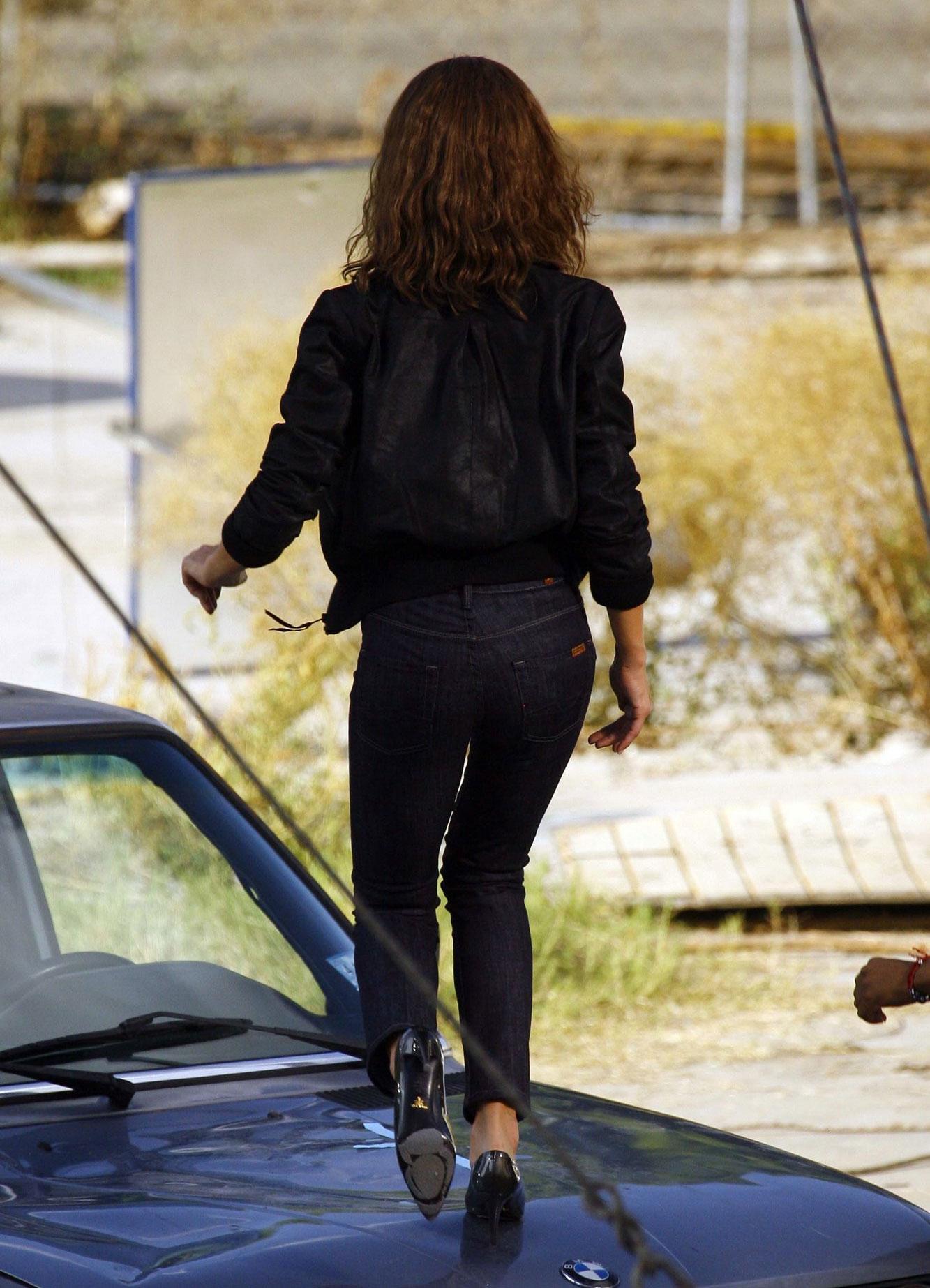 More:  Pics  Machete  Jessica Alba  Steven Seagal
Follow us on Twitter @The_Shiznit for more fun features, film reviews and occasional commentary on what the best type of crisps are.
We are using Patreon to cover our hosting fees. So please consider chucking a few digital pennies our way by clicking on this link. Thanks!