I've never seen Fringe, but it seems to have won some awards for being dead good and that.

The Academy of Science Fiction, Fantasy and Horror Films 37th Saturn Awards are, as it turns out, kind of a big deal. They have many leather-bound books and their apartment smells of rich mahogany, etc, etc. I didn't really know this until they started to feature quite prominently in Google news searches, but it seems people care what happens at them.

Guess I might as well copy and paste the TV-related ones here then. 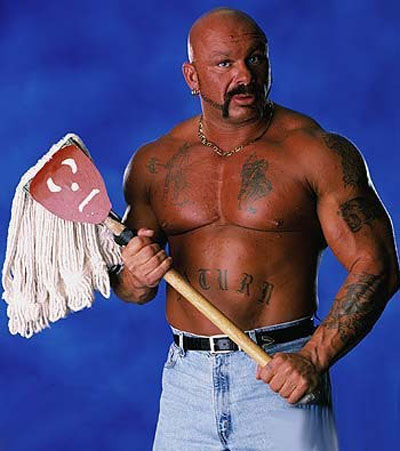 Former WWF wrestler Perry Saturn, about to hand out one of the Saturn Awards, whose inaugural ceremony he hosted in the early 1930s with his brother, Patton.

Best Guest Starring Role in Television
Joe Manganiello ' True Blood
I of course agree wholeheartedly that The Walking Dead and Breaking Bad deserve awards for services to awesomeness. Can't say I've seen a minute of any of the other shows though. What do you want from me? Informed opinions?

More:  Awards  Fringe  Stephen Moyer
Follow us on Twitter @The_Shiznit for more fun features, film reviews and occasional commentary on what the best type of crisps are.
We are using Patreon to cover our hosting fees. So please consider chucking a few digital pennies our way by clicking on this link. Thanks!