As you know, we're not one for self-promotion (*spit-take*) but we'll break our rule just this once and fill you in with all of the utterly mad shit that's been happening to the site this week.


First of all, thanks to everyone who voted for us in the Total Film Blog Awards. The winner in our category, Best Overall Blog, was the wonderful EatSleepLiveFilm.com, worthy winners indeed. Don't think your vote for us was wasted, mind, because TheShiznit.co.uk was 'Highly Commended' along with our chums at Ultra Culture. Not sure what that means but I bought a bronze medal anyway - it complements my chest hair.

You can see the rest of the winners (and fling shit at the losers) here.
But wait, there's more! We're still fighting tooth and nail in the Sky Movies Blog Of The Year poll, and thanks to a rather remarkable turn of fortune, we're suddenly in with a huge chance of winning the bloody thing.

It all started when we ran a feature on Wednesday called 'If the Best Picture nominee posters told the truth' - just a bunch of Photoshopped posters with rather more truthful titles slapped on. Ha, as they say, ha. Then everything went right with the universe. 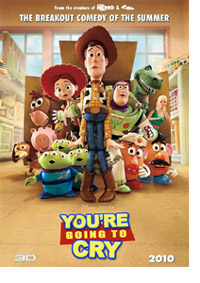 The feature was picked up by a couple of link-sharing websites and was selected for the 'Hit List' on the IMDB homepage, which is quite lovely. Honestly, we're not entirely sure what happened next, because subsequently, an entire ocean of traffic started gushing our way. By 4pm on Thursday, the site was taken offline by our domain hosts. Why? Because we broke them. We were literally getting so much traffic slung our way, every other site hosted by our company was running slower as a result. (*proud*)

Actual figures couldn't be counted, but we estimate that we had more hits on Thursday than the entire website has had in its entire six years online. ZOMG.

That's just the half of it. By Friday, the poster pics were popping up all over the web. Some sites were very complimentary (thank you, Buzzfeed.com), some were a little snooty (we'll talk later, Reddit.com) and some just plain nicked them and didn't bother to credit us at all (die in a fire, Heatworld.com). A nice man from an image agency emailed me and offered to syndicate the pictures worldwide. "This is mental," I thought. "And anyway, The Fighter isn't even really anything like The Wrestler." I was right on both counts.

We were retweeted by kind folk like David Schneider and Claudia Winkleman - even Toy Story 3 director Lee Unkrich posted the Toy Story pic. How insane is that? Never in a million years did I think I'd get within sniffing distance of impressing an employee of Pixar - hilariously, I did it with my cack-handed Photoshopping and a cheap gag. Brilliant. 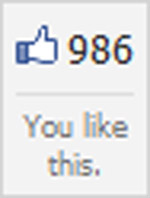 
The upshot of all this, apart from a massive increase in site traffic and a titanic ego boost (*preens*), is that we leapt from 172 'likes' in the Sky Movies poll to the whopping total you now see in the top left of your screen. Almost overnight, we went from 'plucky also-rans' to 'serious contenders' like some awful bloody sports underdog movie starring Mark Wahlberg as an American football player and Danny Glover as his world-weary coach or something.

Why should you care? I know I wouldn't if I were reading this on someone else's website. I just wanted to share what's been a rollercoaster week on TheShiznit.co.uk, from the sexy highs to the catastrophic lows and all that's in-between. Stuff like this makes my black heart pound like a kettle drum - you're reading the writing of one happy little nerd.

More:  Site News  Shameless Self-promotion  Awards
Follow us on Twitter @The_Shiznit for more fun features, film reviews and occasional commentary on what the best type of crisps are.
We are using Patreon to cover our hosting fees. So please consider chucking a few digital pennies our way by clicking on this link. Thanks!