The Flintstones are coming back to the small screen under the guidance of Seth McFarlane! Just imagine how much gag mileage he'll get out of the word 'Bedrock'. Giggity.

Yes, everyone's favourite animator who makes shows that are kind-of-really-funny-but-they've-been-on-a-long-time-now-and-to-be-honest-I've-lost-interest-besides-they'll-never-be-better-than-The-Simpsons is returning to make more of the same!

Because with the Flintstones, Seth gets to try his hand at making a cartoon about a fat idiot married to a hot wife. Except, this time it will be set in prehistoric times, which means it will look something like this: 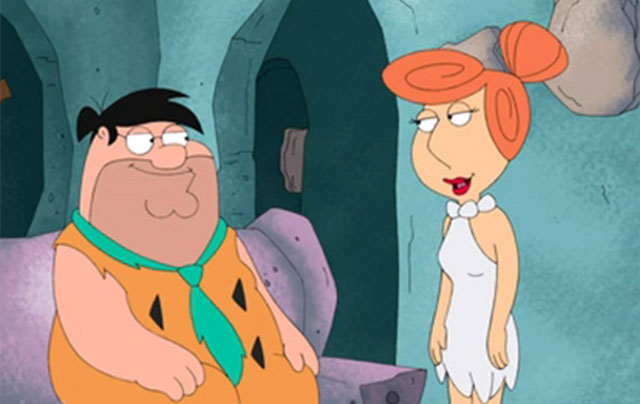 Things to expect in the new Flintstones include:


Can't wait to see how this one pans out (cancelled after third series only to be renewed indefinitely after overwhelming DVD sales prove that the show has an audience after all)!

More:  The Flintstones  Seth MacFarlane  Family Guy
Follow us on Twitter @The_Shiznit for more fun features, film reviews and occasional commentary on what the best type of crisps are.
We are using Patreon to cover our hosting fees. So please consider chucking a few digital pennies our way by clicking on this link. Thanks!