To the relief of Google-baiters everywhere, SEXY HARRY POTTER star and former TEEN Emma Watson is rumoured to be starring in the movie adaptation of the racy hit series FIFTY SHADES OF GREY, described by some to contain SEX, HARDCORE FUCKING, BONDAGE, SPANKING and female empowerment.

Though the rumour has thus far been unsubstantiated and features no credible source or quotes from any parties involved, it has been reported worldwide. It is thought both fans of the book and pervy clockwatchers alike would enjoy watching scenes of EMMA WATSON HAVING SEX, EMMA WATSON NAKED and EMMA WATSON NAKED HAVING SEX. 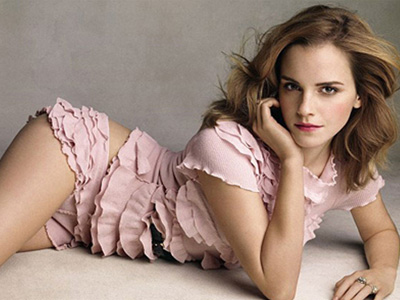 
Fifty Shades Of Grey has been a publishing phenomenon, with author EL James becoming a millionaire after rewriting her original draft, which started out as TWILIGHT fan-fiction. You'd be right in thinking that was BARELY LEGAL: to avoid a lawsuit, James had to alter her original story, which saw BELLA and EDWARD TOTALLY DOING IT.

Neither Emma Watson or any of her representatives have commented on the rumours so far. BUTT SEX.

More:  Emma Watson  Fifty Shades Of Grey  Sex  Harry Potter  Justin Bieber  The Olympics  Batman
Follow us on Twitter @The_Shiznit for more fun features, film reviews and occasional commentary on what the best type of crisps are.
We are using Patreon to cover our hosting fees. So please consider chucking a few digital pennies our way by clicking on this link. Thanks!