The subjects of a soon-to-be-revived multi-million-dollar merchandising franchise are, it turns out, fervent anti-capitalists looking to bring down society from within. And eat pizza.

"
"
Each turtle still plays a particular role: Leonardo (Jason Biggs) is "the leader", Donatello (Rob Paulsen, who originally voiced Raphael in the 1987-96 series) is "the brains", Raphael (Sean Astin) is "the muscle", and Michelangelo (Greg Cipes) is "the wild one".

It's like a band. You want a Beatles thing.
Leaving aside for the moment the fact that I've just heard the Teenage Mutant Ninja Turtles compared to the Beatles, which means there is no future for us as a species and we might just as well all build a spaceship, cram every man, woman and child on board and fly it into the sun, I couldn't help but make the following observation. 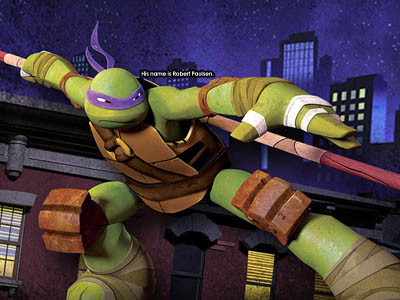 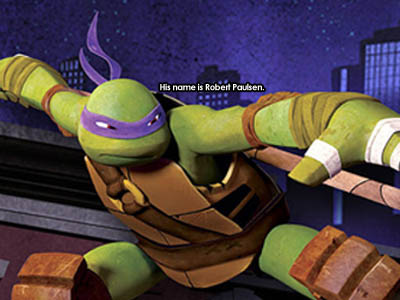 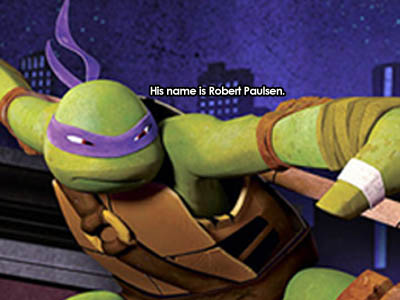 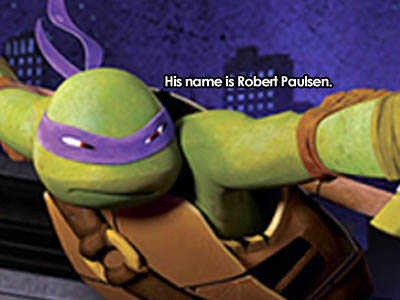 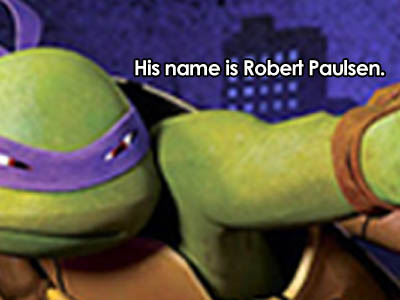 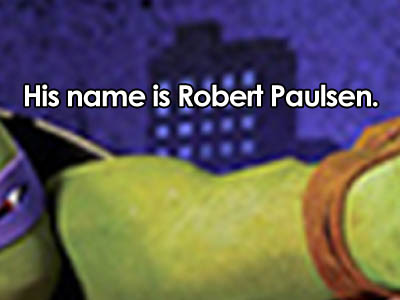 "
"
I'm excited because there are four turtles. There were four hobbits. I love the idea that somehow guys in four can make a change in the world, make a difference.
I would argue that he's taken something of a logical leap here. There are also four members of JLS.

More:  Teenage Mutant Ninja Turtles  Cartoons  Childrens TV
Follow us on Twitter @The_Shiznit for more fun features, film reviews and occasional commentary on what the best type of crisps are.
We are using Patreon to cover our hosting fees. So please consider chucking a few digital pennies our way by clicking on this link. Thanks!