The Punisher must be eligible for some sort of award: Franchise Given The Most Unnecessary 'Second' Chances, perhaps? At the risk of selling the comic-books short, it's a pretty uncomplicated set-up: dude has family killed, dude kills lots of other bad dudes to release his rage. We've had three Punisher movies in the past 20 odd years, yet they haven't even made $50 million at the box-office combined. Naturally, this is a solid indication that The Punisher just can't cut it when it's not in print. Right?

Never underestimate the total lack of new ideas in the entertainment industry, bucko. Fox have commissioned a pilot for a Punisher TV show, although the small-screen Frank Castle won't just be a gun-toting, skull-crushing rage monster vigilante, but he'll be an NYPD cop, too. IRONY ALERT. It'll be like Dexter, only instead of being a serial murderer after dark, Castle will just be a total asshole. And it won't be as good as Dexter.

Fox want The Punisher TV show to be a procedural, with Castle as a cop who seeks violent and badly-scripted justice when the criminals he arrests get off on technicalities. Here's an idea, Mr Punisher: instead of risking your livelihood by bludgeoning said offenders in poorly-lit alleys with dustbin lids, why not use your skills to figure out why your city has so many rubbish judges who keep letting criminals back on the streets.

Failing that, quit the NYPD, go on medication for your anger issues and open up a sofa warehouse with a bunch of well-meaning and lovable - if criminally under-qualified - employees. Call yourself The Furnisher. Now that's a TV show I would watch. Probably my wife too. 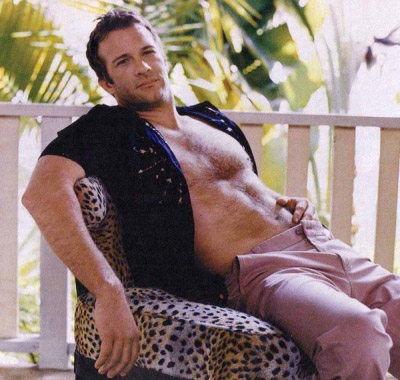 Also there's a ditzy blonde who works in the coffee shop just next door...
More:  The Punisher  Thomas Jane  Dolph Lundgren  Ray Stevenson  TV
Follow us on Twitter @The_Shiznit for more fun features, film reviews and occasional commentary on what the best type of crisps are.
We are using Patreon to cover our hosting fees. So please consider chucking a few digital pennies our way by clicking on this link. Thanks!