Here's an odd piece of trivia about recently released post-meltdown horror Chernobyl Diaries which, once you know it, feels more like a dirty secret. I'll try to explain. Not in this bit though, there's nowhere near enough room.


Oren Peli became an overnight sensation after writing, directing, producing and everythinging camcorder spookfest Paranormal Activity. Actually. it was after Steven Spielberg got a sniff of it and changed the ending so they could churn out endless sequels. But that's besides the point; Peli almost single-handedly breathed new life into a genre that hadn't seen much innovation since The Blair Witch Project made one of my friends sick up a bit in a cinema nearly a decade earlier. [Ha, I remember this! - Ali] 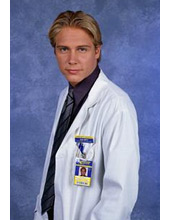 *Not all facts true

One undeniable fact however, is that Shane Van Dyke was responsible for a direct-to-DVD clone of Paranormal Activity called Paranormal Entity - a film I own thanks to a birthday misunderstanding, and can assure you is quite awful, sailing dangerously close to breaking many intellectual property laws. The point to all this is that somehow Shane Van Dyke and Oren Peli have shared writing credits on Chernobyl Diaries - a film Oren Peli also produced, by the way.

Think about that for a second: someone who makes a living shamelessly ripping off other people's films managed to write a film with one of the filmmakers he ripped off. Has anything like this happened before? The only thing that comes to mind is James Bond homage Operation Kid Brother, and that's not even close at all really. Or a homage. In fact please forget I mentioned it or that it exists.

Although do watch the trailer, you sort of owe it that just by reading this far.


The mind boggles at how this came to be. A clause in a contract? An empty promise over canapés at a Hollywood bash? Incriminating photos? Do... do you think Peli even knew who he was dealing with? Picture the scene as a sweaty-palmed Van Dyke sits through a script meeting, anxiously expecting a PA to appear and whisper something in Peli's ear whilst shaking a piece of paper headed 'Search Results'. The room would stink of nerve guffs.

I've made a huge assumption that Peli is being dragged down, when all it takes is a glance at his filmography to see he - perhaps deliberately - hasn't exactly taken advantage of his association with Spielberg. Here we find an offering of Paranormal Activity add-ons, a cancelled TV series based on found footage, another found footage movie set in Area 51 that looks like it wouldn't be out of place on SyFy.

Clearly Peli relishes pushing what can be done with a miniscule budget (Chernobyl Diaries clocks in at $1 million), and undoubtedly Van Dyke was a cheap hire, but there's only so far you can recycle the same gimmick before audiences catch on and start to wane. I'd put 'the next Shyamalan' out there, but even M. Night had a decent innings before he threw his credibility to the wind and the wind got angry and tried to kill us all. 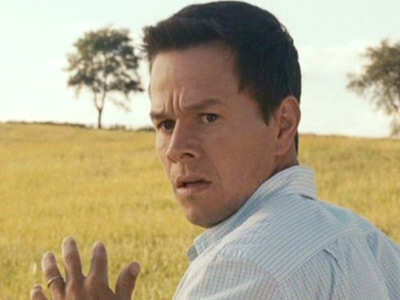 Nature would later forgive humankind after Wahlberg agreed to marry a cloud.


An even huger assumption would be to suggest that the two were never even aware of one another during production - the film did have eleven producers after all. They may have worked on different drafts of the script, or one could have been brought in to tighten up the other's work, all of which could have occured years apart. Peli might have just circled a couple of typos to earn his credit. Van Dyke could have been doing work experience and cheekily biro'd his name beneath Peli's like something out of an '80s comedy.

We could speculate endlessly for at least 10 more minutes about the whys and whats, but I've already written way more than I intended to about something that will most likely turn out to have a mundane explanation, and I really need to stop typing the word 'Dyke'. I'm surprised more hasn't been made of such an interesting detail by other bloggers - or even Peli himself, seeing as his career is based on gimmicks.

Hopefully the DVD extras will reveal all, but until then we'll just have to live with this weird little bit of trivia which, like I said - and whilst the posters still boast "From the creator of Paranormal Activity" - feels like a bit of a dirty secret.

More:  Today I Learned  Chernobyl Diaries  Oren Peli  Paranormal Activity  Shane Van Dyke
Follow us on Twitter @The_Shiznit for more fun features, film reviews and occasional commentary on what the best type of crisps are.
We are using Patreon to cover our hosting fees. So please consider chucking a few digital pennies our way by clicking on this link. Thanks!