You can always judge an 'illness' movie on how hard it makes you cry. Depending on the genre, it may also make you laugh or think or empathise, but when it comes down to it, the tears tell the story – it's the one emotion that informs all others, the one that can't lie. So what saltiness level are we talking for 50/50, Jonathan Levine's buddy comedy based on writer Will Reiser's own cancer treatment? When it comes to the crunch, it's quite likely there'll be "something in your eye", with possible cheek wiping needed, and a fair chance of a little dry-sobbing at the end. It's unlikely to have you bawling, but 50/50 is smartly written and well acted enough to have you fully invested once it's time to find out if those titular odds come good.


Joseph Gordon-Levitt is excellent as Adam, the stand-in for Reiser, a model young citizen who's baffled by his cancer diagnosis ("That can't be right... I don't drink, I don't smoke... I recycle"). Given even odds for survival, he turns to the aforementioned buddy – Seth Rogen, playing Seth Rogen – as a coping mechanism, while taking psychiatric advice from Anna Kendrick's junior doc (so young, she doesn't get a Doogie Howser reference). 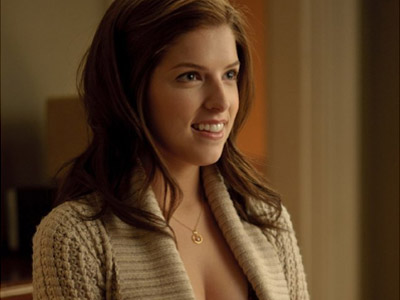 Thankfully she's not THAT young.


Generally, 50/50 does what you expect of it – the funny bits are funny, the sad bits are sad, it leaves you feeling uplifted in its finer moments, if only because it purposely deflates your expectations beforehand. Scenes don't necessarily fit into grooves, most likely because almost all of the major scenes are lifted directly from Reiser's experiences and life doesn't always write a straightforward script. What that does mean, however, is that every emotion comes from somewhere real, and aside from the fairly obvious outcome, you're never sure which direction scenes might take.

Gordon-Levitt gives good cancer, refusing to rob you of emotions by tugging on your heartstrings like a bell-ringer, aside from in the now pre-requisite 'sudden burst of repressed rage freak-out' scene, which remains hard to watch no matter how cliché it is. There are a few elements in 50/50 that do seem designed to artificially manipulate your feelings – Adam has an Alzheimer's Dad, which isn't really explored, while soon-to-be ex-girlfriend Bryce Dallas Howard is a needlessly bitchy nag, included only to separate bros from hos. Tsk. Women, yo. 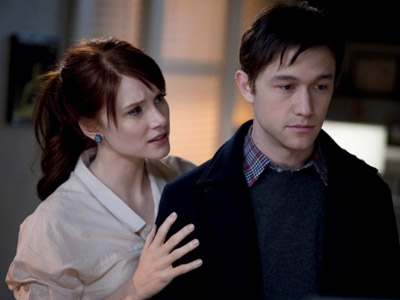 "How DARE you be freaked out by my potentially fatal illness?"


You could argue that Kendrick's character – as button-cute as she is – is also surplus to requirements: Adam's story already earns your attention, and doesn't need a love interest to bookend it. Levitt and Kendrick don't really share enough scenes for you to feel a true connection, so their union feels a little forced, despite them being two likeable individuals. At least there's no chase at an airport.

Naturally, it's left to Seth Rogen to provide the laughs. He's incapable of playing anyone other than himself, but that's why we love/hate [delete as applicable] him. The character of Kyle is almost literally Seth Rogen: he's the beardest best friend who gets drunk, gets high and tries to get you laid. I have no doubt Seth Rogen does all three of these things on a nightly basis. His role is basically that of comic foil, but Rogen handles the more emotional scenes with grace – not surprising, given that he lived it for real, supporting friend Will Reiser through his darkest moments.

In the end, it all comes down to how and what 50/50 makes you feel, and it delivers in those regards: investment in characters is such that you'll be moved to tears without ever feeling overtly manipulated. I offer proof of 50/50's emotional clout: here is the actual Subway napkin into which I openly wept at the screening. I've just submitted it to Rotten Tomatoes as my official review. 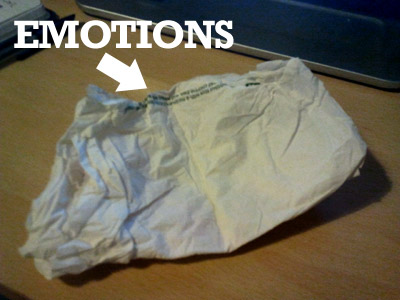 More:  5050  Jonathan Levine  Joseph Gordon-Levitt  Seth Rogen  Anna Kendrick
Follow us on Twitter @The_Shiznit for more fun features, film reviews and occasional commentary on what the best type of crisps are.
We are using Patreon to cover our hosting fees. So please consider chucking a few digital pennies our way by clicking on this link. Thanks!