By rights, the Alien franchise should be dead by now, all curled up on its back like a big dead spider, flambéed by the flamethrower of critical ire. How many other movie series would be allowed so many misses and still get invited back to the plate for another swing? Throughout its various iterations since the 90s - sequels, prequels, versus match-ups - the Alien franchise has succeeded only in corroding its own legacy. Even 2012's promising Prometheus, directed by franchise progenitor Ridley Scott, fell short of expectations thanks to its entire cast suffering total frontal lobotomies in the third act. Well, the rot stops here. In Alien: Covenant, Ridley Scott has directed the best Alien movie of the past 30 years, and although that isn't exactly a glowing compliment, know this: not only does Covenant deliver a payload of short, sharp scares and atmosphere in spades, it course-corrects the franchise as a whole, retroactively making Prometheus feel like a better movie too.


Under Scott's guidance, Alien is now a series with aspirations greater than its original intentions. Alien movies have not been horror films for nigh on 40 years; honestly, you'd struggle to call Covenant an action movie in the same vein as Aliens, although it does have its fair share of high-speed, ultra-disorientating pulse rifle firefights. Aside from obvious comparisons with Prometheus, Alien: Covenant's closest bunkmate is Alien3, with its muted colour palette, quasi-religious themes and altogether more restrained approach to revealing acid-spitting chest-bursting space bastards. In fact, I enjoyed the slow build-up - the 'hard sci-fi' exploration and discovery bits - more than the inevitable last reel xenomorph playdate, which felt a little like Ridley Scott playing to the cheap seats. Prometheus was a push in the right direction but Covenant is proof: this franchise has outgrown its own star. 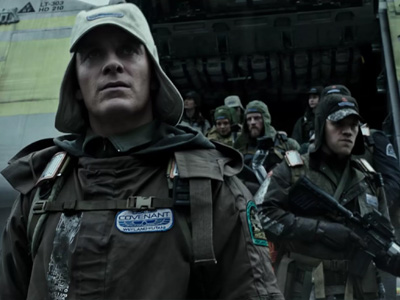 And the silly hats they insist on wearing.


The rest of the Covenant's crew don't really register, truth be told, apart from Katherine Waterson's hero Daniels (defining characteristics: Resolve, Intelligence, Productivity, Love, Excellence and Youth, if you get my meaning) and Billy Crudup's captain Oram, a "man of faith" who finds out exactly how far faith gets you this far from home. The rest are identikit grunts, none of which have half the charisma of even a single Colonial Marine, but to their credit, they are at least more competent than the boneheads onboard the Prometheus, like the mapping guy who got lost (R.I.P. the "I love rocks" guy).

Gristle for the grinder is what they are, and that's fine, but it'd have been nice to get to know some of them a bit more before they're struck from the manifest - half of them die without you even learning their name and most get more dialogue in their death scenes than they ever did when they were alive. The Fassbots, on the other hand, have time enough to practice karate, trade poems and make out with one another like they're at sleepaway camp. You'll hear no complaints from me. With the focus newly trained on David and his motives, Prometheus starts to feel more cohesive in retrospect and the Alien franchise in general starts to feel renewed with fresh vigour and purpose. 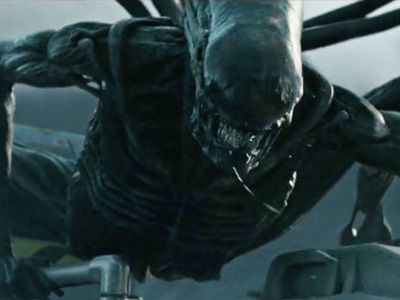 "Hi, I'd like to add you to my professional network on LinkedIn."


Only the movie's predictable finale, with the trademark running and the screaming, disappoints: it's Alien by numbers and we really should have moved past this sort of carry-on by now. It goes without saying too that full body shots of a CG xenomorph in broad daylight are no match for a sinewy, shadowy practical effect - it feels like Scott spending the last of his FX budget before deadline, like an office boss splurging his surplus on a new coffee machine. No matter. We end with a twist, a sly smile and a blast of Wagner: Prometheus left us with a dozen questions, a raised eyebrow and a vague sense of being swindled; Covenant will leave you with a big grin on your face. At long last, the Alien franchise has evolved.

More:  Alien Covenant  Alien  Ridley Scott  Katherine Waterson  Michael Fassbender  Danny McBride  Billy Crudup  Guy Pearce
Follow us on Twitter @The_Shiznit for more fun features, film reviews and occasional commentary on what the best type of crisps are.
We are using Patreon to cover our hosting fees. So please consider chucking a few digital pennies our way by clicking on this link. Thanks!