Every once in a while, a fantastic new indie movie washes up on our shores, having surfed a wave of critical and commercial success from its native country... only for it to get utterly corn-holed at the UK box-office because no one can be bothered to go see it. Animal Kingdom is one such movie and you owe it a couple of hours of your life, because... really, what else are you going to do this weekend? Call your Mum? Please.


Animal Kingdom is a nice, uncomplicated Australian thriller that introduces us to the Cody family, for whom crime is a way of life. Young J (James Frecheville) joins the brood after his junkie mother overdoses, moving in with matriarchal kingpin Janine 'Smurf' Cody (Oscar-nominated Jacki Weaver) and his drug-dealing criminal uncles, all of whom suffer from varying degrees of mentalism.

As the movie begins, J is borderline mongoloid - gazing distantly at Deal Or No Deal on TV as the medics take away his dead mum - but as it progresses, J learns more and more about how corrupt his family unit, and indeed the local police force, is. Frecheville draws an admirable blank, playing out a cipher of a role intelligently without over-egging it - he's a passive, sponge-like character with little-to-no personality of his own to begin with, but you can see there's something burning behind the eyes.

The rest of the Cody clan are uniformly excellent, including Jacki Weaver as 'Smurf', who can look forward to Hollywood casting her as 'Wicked Witch' for the rest of her life. Her painted smile hides something truly frightening - the fact she looks a little like Bilbo Baggins in proximity of a certain ring doesn't help the feeling she could turn nasty at the drop of a corked hat. 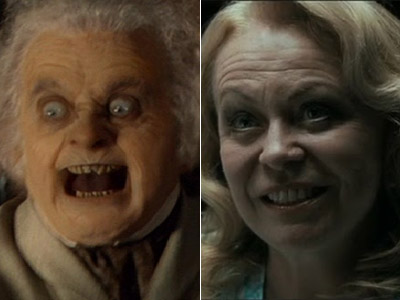 Still one of the scariest things ever.


Save your plaudits though, because the true psycho of the Cody family is Uncle Andrew, or 'Pope', played by the mysteriously un-nominated Ben Mendelsohn. This guy is vile in the most unsettling way: despite his droopy, Xander Berkeley-esque face, Pope is an utter sociopath. Like Joe Pesci in Goodfellas, he's the kind of character whose sheer presence in the room is enough to turn a scene's dynamic on its head - he's unpredictable, loathsome and terrifying in equal measure.

As epic crime thrillers go, Animal Kingdom isn't quite up there with the true heavyweight hitters of the genre, but it is a superb effort from director David Michôd, who's rounded up some of the best talent in Australia (I'll see your Guy Pearce and raise you GUY PEARCE WITH A MOUSTACHE) and coaxed some crazy intense performances from them. 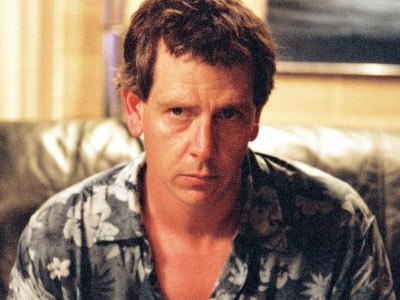 
Animal Kingdom is frequently shocking - not just because it makes Air Supply's 'I'm All Out Of Love' sound cool - and makes for uncomfortable, essential viewing. Here's hoping it sweeps the board at the Australian Oscars, or the 'Ozcars' as they're affectionately known nowhere.

More:  Animal Kingdom
Follow us on Twitter @The_Shiznit for more fun features, film reviews and occasional commentary on what the best type of crisps are.
We are using Patreon to cover our hosting fees. So please consider chucking a few digital pennies our way by clicking on this link. Thanks!