Will Idris Elba be Bond? Can he out-Bond Bond? Can Idris Elbond Bond the Bond Bond? Everyone's obsession with Idris becoming the next 007 (give it up - he's not too black, he's too old) has led to this film being treated like it’s his audition for the role just because he waves a gun around and runs about for a bit. And if it were that easy, they would have cast Elmer Fudd years ago. No, we need to treat this film on its own terms: as a slightly-better-than-generic action thriller with hilariously out-of-touch opinions about how social media works.


It doesn't help that, despite a lot of focus in the film's marketing being on Elba's potential as an all-action star, he's not even the obvious main character. That questionable honour goes to Richard Madden's far more charismatic pickpocket whom we follow from the start on the streets of Paris as he steals a bag containing a bomb that then detonates, killing innocent bystanders. Implicated in what is suspected to be a terrorist attack, Madden goes on the run from Elba's stony-faced CIA agent, only for the two to eventually team up to chase down the real bad guys.

The team-up part is important, because this is a film that likes to think of itself as an odd-couple buddy action movie, with Elba's hardened brute strength contrasting with Madden's comedic fast-talking schtick with not-quite-hilarious results. On the most part, it works well, with some enjoyable interplay between the pair, but there just isn't enough of it for us to really get to grips with what should be sparkling, quickfire chemistry. Instead, too much time is spent on set-up and on building a backdrop of political unrest. This should be a movie that zips along with jokes and action at every turn, but instead gets bogged down in trying to deliver a muddled social message at the same time. 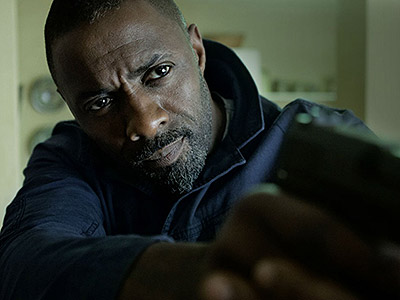 Violence is bad? No wait, that can't be right.


That's not to say that there aren't moments to relish here. An exhilarating rooftop chase actually is worthy of the 007 comparisons, and Elba continues his career in playing gravelly, world-weary characters that are just captivating thanks to his commanding presence. Madden meanwhile is more fun to watch, with obvious care taken to show him lifting wallets and purses for realises. His light-fingered thieving and practically-clairvoyant ability to read a situation result in some slick sequences, even if it seems that everyone in France carries their valuables half-sticking out of their pockets at all times.

Sadly, though, the film's most fun moment, and the one for which it deserves to be remembered, is an instance of purely unintentional hilarity. It's a phrase uttered towards the end of the film, once it has been discovered that the ongoing street protests have been orchestrated by those with nefarious intentions, all via social media, and it is easily the worst line of the year so far.

Having riled up the public - via Twitter apparently - to get protesters to take to the streets and march together in anger, everything is in place to implement the final step in the criminals' plan. And so, with all the menace and gravitas of someone launching nuclear codes, the main bad guy instructs his henchmen to "Send out the final hashtag!" 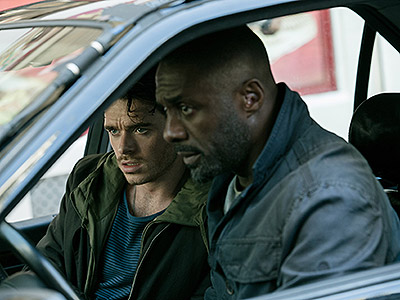 
If your big evil plan hinges on people paying attention to you on Twitter, then, holy shit, have you not thought this through. Just imagine all the possible ways this could go wrong. Imagine someone misspelling the hashtag and have THAT be the one that goes 'viral'? So instead of marching towards the bank, half the population of Paris are running around trying to find 'Hank'. Or imagine that the bad guys hadn't read the hashtag properly and it ended up looking like a rude phrase when all run together, like #susanalbumparty? Or imagine if - shock horror - no one paid attention to it at all and it got lost in the ether because at that exact moment Kanye West starting talking about sticking a finger up his arse and everyone's timelines were just filled with reactions to that? I mean I know that we're talking about a carefully plotted uprising and demonstration by those incensed into taking a stand, but I don't care what you're doing – when Kanye tweets, everyone stops and holds their breath.

So, in short, it’s a pretty fun action movie; a wasted opportunity in some places, but often enjoyable with a refreshing dynamic at the centre of it all. Most of all, though, it’ll have you screaming at the screen "Twitter doesn’t work that way, Grandad!" and it's worth seeing just to have the opportunity to do that.

More:  Bastille Day  James Watkins  Idris Elba  Richard Madden
Follow us on Twitter @The_Shiznit for more fun features, film reviews and occasional commentary on what the best type of crisps are.
We are using Patreon to cover our hosting fees. So please consider chucking a few digital pennies our way by clicking on this link. Thanks!