The Fast & Furious franchise is not big on learning. It doesn't really care for consequences. It is of the moment. Always in the now. If it were a person, it would be the kind of person who sincerely believes in the motto 'If you can't handle me at my worst, you don't deserve me at my best'. Fast & Furious movies are wrongheaded and backwards but they don't care, because people vote with their wallets. They are Brexit. They are dumb. They make dumb look dumb. They are awful. They are brilliant. They are confusing and simple and ridiculous and serious all at the same time, somehow. Fast & Furious 8, a title and a number which give me great pleasure to say together, is all of these things and more.


What Fast & Furious movies nail better than anyone else is a toybox mentality: that feeling that all the players and pieces are being shuffled and smashed around for our entertainment. That includes the cast, too; Fast & Furious 8 features an embarrassment of riches in that respect - what joy to have a man like Jason Statham on the sub's bench! It's a film that restores and renews characters for fresh new fun and games. The characterisation is mostly clumsy and the moves are telegraphed way in advance, like idiots playing chess, but you always get your money from the play set. 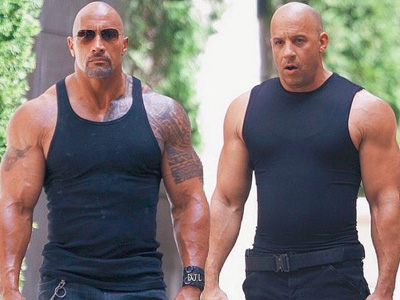 
Fast & Furious 8 - seriously, still getting so much pleasure from saying that - is the cinematic realisation of 'ignorance is bliss'. This is a series that actively encourages you to flip the switch on your brain marked 'Duh duh'. The plot doesn't make a lick of sense - Charlize Theron's uber-hacker blackmails Vin Diesel into betraying his beloved 'family' because of reasons - but thankfully the rest of the movie works hard on reducing your concentration span to the approximate length of a mouse fart, so you don't really notice. It's a movie where one establishing shot bears the on-screen caption 'Undisclosed Location'. It's a movie where Diesel threatens a man with a self-own: "The next time I have to say 'Move' I'll be saying it to a corpse." Picturing Diesel getting frustrated with a dead body that refuses to move is all part of the fun.

Of course, you forgive the plot lobotomy because the action is so slick, and Fast & Furious 8 has one of the franchise's best set-pieces to date. Theron's villain Cipher (not her real name, I'll wager) hacks into the dashboard of every car in New York, creating a swarm of automated cars on the ground and turning a multi-storey car park into an airborne missile silo. It is all deliriously excessive and, like most stunts in these movies, completely unnecessary. Ditto the climactic nuclear submarine sequence (another great sentence). When it's in full flow, Fast & Furious 8 is damn near untouchable. 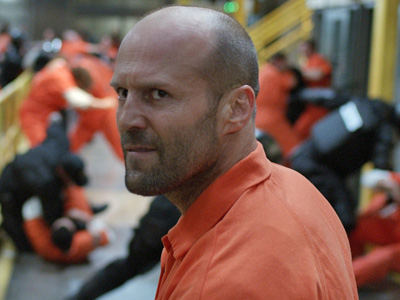 We wouldn't recommend you touch him, either.


It takes a little warming up. The opening mandatory street race is littered with entries from Dominic Torretto's Big Book Of Racing Clichés, including such gems as "It's not about what's under the hood, but who's behind the wheel", uttered just moments before Dom pops the hood of his car to put loads of stuff under it. The word 'family' is still overused by a factor of ten. And yes, the script is dreadful: lunkheaded dialogue matched with faux-intellectual musings. You'll get exhausted waiting for characters to drop inevitable clangers, like introducing a particularly dim date to your parents over dinner.

Theron's villain is guilty of executing some truly dreadful metaphors when she's not staring into the middle distance like how evil people do, including one awful one about being a crocodile or something. A truly unhinged Charlize Theron is a wonderful thing (see: Snow White And The Huntsman) but Fast & Furious 8 wastes both its female Oscar-winners: Theron is lumped under a white dread wig and relegated to a spy plane for the entire movie, while Helen Mirren is dressed like Dot Cotton crossed with Mrs Potts and is locked in a pub. Michelle Rodriguez aside, Fast & Furious still doesn't really know what to do with its women: if they're not shaking their taints at a street race, they're basically passengers along for the ride. 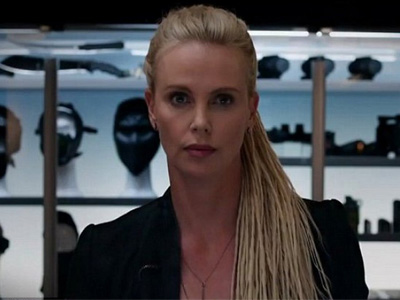 "Free me from my wiggy prison"


And oh, the endless hacking. They should have called this movie The Hacked & The Hackiest. No less than three major characters are hacking experts in Fast & Furious 8, which leads to ludicrous scenes of 'hack battles' - thrilling sequences where characters tap things into keyboards competitively against dramatic music. Who needs car chases! Hacking is used here as a sort of plot Polyfilla - every time there's a gap in the story, someone hacks something and voila: plot holes filled.

Who cares. Literally who cares. Fast & Furious 8 is jam-packed with so many positives in an obvious attempt to distract from the negatives. It is a football team with amazing strikers that can't defend for shit. It is Kevin Keegan's Newcastle United, but if Jason Statham was playing up front and The Rock was in goal and Kurt Russell was the referee and the football was an actual nuclear bomb. Sure, you should ask for more from your action - like fewer cuts in fight scenes and way fewer sequences where the heroes come within inches of committing mass vehicular manslaughter - but when it comes down to it, Fast & Furious 8 wins you over with an intoxicating blend of charisma, testosterone and petrol fumes. Take a deep breath.

More:  Fast And Furious 8  Fast And A Furious  F Gary Gray  Vin Diesel  Dwayne Johnson  The Rock  Jason Statham  Charlize Theron  Cars
Follow us on Twitter @The_Shiznit for more fun features, film reviews and occasional commentary on what the best type of crisps are.
We are using Patreon to cover our hosting fees. So please consider chucking a few digital pennies our way by clicking on this link. Thanks!