Most people whose lives merit a feature-length documentary are probably going to participate in only one, and so you suspect this will stand as the only one Paul Gascoigne will ever do. This is a shame, because while it gets behind the clowning and reveals his fractured psyche a little in flashes, it's a busted flush overall.


In discussion with a friend after watching Jane Preston's documentary Gascoigne, we both admitted that, now in our mid-30s, we were more or less incapable of being moved by football anymore. I barely watch it and yet listen dispassionately to podcasts about it every week throughout the season; he's looking forward to when his sons are old enough to go to games, so he can care about it again.

We'd both just seen footage of England's semi-final run in Italia 90, and it struck me how those images are hard-wired into my emotional DNA; probably into every English fan's over 30. Not just the familiar goals, Gascoigne's tears and Lineker's sotto voce "Have a word with him"; it's even more granular. Gascoigne's little fist pump and shout to the crowd after Belgium. The way the TV displayed the score: the team in serifed yellow, a white horizontal line, then the score in white. How the holes in the goal nets were hexagonal.

This all has an emotional association with childhood; family; a simpler life. 'Nessun Dorma' still stirs it in me. But considering the career of Paul Gascoigne makes you realise that you're unlikely to experience that kind of connection with the game ever again, because he was the last British superstar player who was unguarded, vulnerable, nakedly emotional, before the Premier League era and its carefully stage-managed stars. 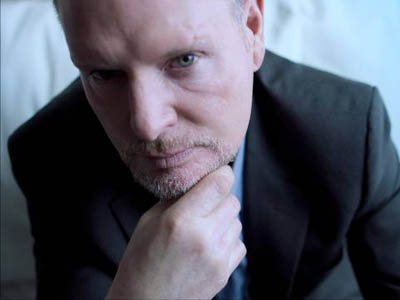 
You see in the film three great players, each speaking to camera, and you're struck by how differently they come across. Gary Lineker, the first footballer to prove a natural media talent, reels off his anecdotes with an obviously practised expertise. He's told these a million times at after-dinner speeches and England fan events, and he's long since nailed the timing, the run-up to the punchlines, the pause before the pay-offs. Wayne Rooney is speaking from a heart full of real admiration, but he's been so heavily media-coached never to betray emotion that it's hard to tell. He says something funny, possibly off the cuff, towards the end and you want to congratulate him for the effort.

Gascoigne, meanwhile, just opens his mouth and allows words to fall out of it. At times he's barely comprehensible, not just for his thick dialect but for a mind in obvious disarray: essentially functioning but pinpointing relevant information at random and spewing it out in non-sequiturs.

What Preston doesn't do enough is delve into this mind. Of the 90-minute runtime, about 70 take us through Newcastle, Tottenham and England, up to Gascoigne leaving Glasgow Rangers in 1998, and then a caption tells us he went on to play for Middlesbrough and Everton, and never played for England again. We're into the home straight and the issues of alcoholism and his mental health are only now subject to focus. In this short final section, there's a quick bit about drinking, a short personal summary of how he was eventually sectioned under the Mental Health Act, then some praise from the other talking heads before the credits.

It reminded me of Shane Meadows' Made of Stone, which I enjoyed in the same way that I'd enjoy watching a load of YouTube clips of The Stone Roses, but which could lay no claim to real documentary because of its director's refusal to film scenes of internal tension within the band he loved. Here Gascoigne's wonderful skill is showcased and celebrated, if with a little over-reliance on familiar footage, but there's an obvious reluctance to investigate his mental state, whether through reasonable sensitivity or editorial veto, so we don't get the fullness of the man we've been promised. The episodes of wife-beating aren't mentioned; nor the various public breakdowns; nor the abortive attempts at player-coach status in China, and with Boston United and Kettering, all cut short by drinking or incapacity. I don't charge a documentary with a moral imperative to see him answer for the domestic violence; I just expect to see it addressed. 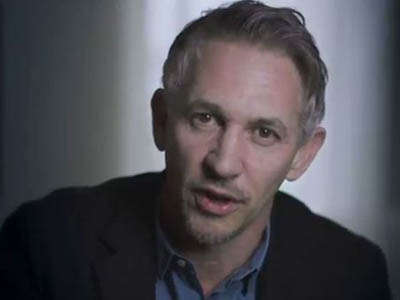 Lineker, described in a highlight by Gascoigne as having "such a smooth body, like a woman's. He's a sort of lady-boy."


The film's successes come mainly through the choice to shoot Gascoigne up close, using frequent slow-motion clips taken between his answers that seem to blur deliberately the distinction between laughter and tears. There are huge laughs in store here at some of his training-ground pranks, and real emotional kicks, such as in his describing seeing a friend die at the age of ten. He is constantly on the verge of tears, and a memory, happy, proud or sad, can set him off at a second's notice.

It's a difficult watch because his face is hard to take in comfortably, so ravaged is it by what he's put his body through, when you still remember it so clearly, utterly full of childlike joy at playing the game he loved, at the highest of levels, being better than everyone else – and knowing it. The intimacy forces you to confront what became of him, but when you know how much more depth it could've gone into, it feels like a missed opportunity.

I saw him play once, ten years after Turin, in a pre-season friendly for Everton against Exeter. He came on as a second-half substitute and was plainly past his best, a little off the pace, despite the odd glimpse of the old magic. But I'll never forget the size of the cheer from every section of the ground when he came on. The game had changed, the top players were becoming remote, moneyed and unreachable, and everyone had risen to their feet to applaud the last footballer you could ever truly love.

More:  Gascoigne  Jane Preston  Paul Gascoigne  Gary Lineker  Wayne Rooney  Jose Mourinho  Football  Documentary
Follow us on Twitter @The_Shiznit for more fun features, film reviews and occasional commentary on what the best type of crisps are.
We are using Patreon to cover our hosting fees. So please consider chucking a few digital pennies our way by clicking on this link. Thanks!