Though Netflix have some thinking to do around how they take advantage of social media TV discussion when they release a series with no regular episode schedule, they've chosen a superior flagship in House of Cards.


Earlier this year, just around the time I was waiting by the front door for the usual deluge of Valentine's cards, something interesting occurred to me: no one was talking about House of Cards any more. Netflix's bold simultaneous 13-episode drop on the 1st of February had been fanfared to hell and back: massive billboard pictures of Kevin Spacey at Victoria station; endless op-eds about the death of the traditional TV model. Then two weeks later, nothing.

Problem was, no one knew when to talk about it. Even for a website like this one, whose nose for commercial tie-in is always a little clogged, the lines are usually pretty clearly drawn as to when people want to read about something. If it's just aired on UK TV, review it, publish it and watch the hits fail to roll in. What to do with House of Cards? I saw tweets from people who'd watched the whole thing within 24 hours. They were amped up, eager to discuss it, but couldn't in depth, for fear of spoiling it for everyone else. Me, I took three weeks or so, by which time all the fuss had died down. 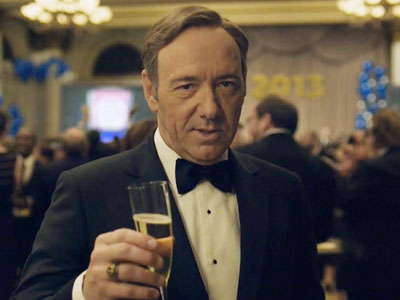 "Died down? This party's just getting started, brah!" (*does the electric boogaloo*)


Without a schedule, there's no consensual point for mass discussion. See how much debate Game of Thrones whipped up last week with one big OMG episode. It airs on a Monday, everyone tweets about it that night, then you talk about it at work on a Tuesday. How could House of Cards drop a big, game-changing mid-season episode next year and expect similar cultural impact with no preordained slot in the calendar of public consciousness? The Netflix model is supposed to appeal to the on-demand desires of the Twitter generation – but it's achieved just the opposite.

Still, the trusty old DVD release date: now there's something you can hang your hat on. (It was Monday. I've been busy.) It's interesting in itself that DVD is part of the release model – you imagine the idea is that the initial episode drop reaps all the new subscribers it can, then the DVD cash-cows it – and curious that it gets sold to competitors like LoveFilm to rent out.

But for all the talk of House of Cards as an industrial point, it's easy to overlook that it's also a TV show, and an excellent one. The familiar contemporary tale of a big movie star attracted by the chance to tell a meatier story than cinema offers was never more obviously true: this is a deliberate, extremely slow burner, taking its time to let its lead character grow on you as a direct-to-camera confidant, even while revealing his worst excesses.

Spacey as Frank Underwood beckons you in just as Ian Richardson did in the BBC original: devilish, uncompromising and full of a politican's effortless charm. This fourth-wall breaking suits his theatrical instincts, and is key to accepting a sociopath as your lead character. As exposition you could argue it's a little too easy a device, but it's essentially no different than, say, Dexter's constant inner monologue – and proves nothing like as heavy-handed. 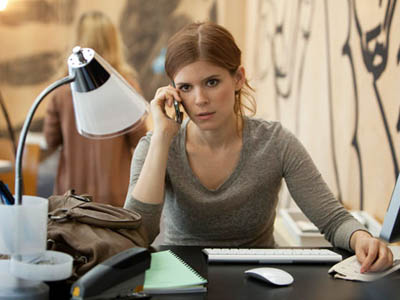 
Just as the release model was discussed as a flashpoint for the digital age, so the show has a lot to say about the old and the new: Kate Mara's Zoe Barnes butts up against her dinosaur editor at the Washington Herald (he wants to check facts before publishing them! Imagine!) and flourishes when she branches off from the dying print industry to blaze her own trail. On The Hill, meanwhile, politics is largely unchanged: Washington has to deal with the 24-hour news cycle, but it's still survival of the fittest. No one knows this better than Frank, and he's a monolith: unmoveable, unchangeable, stubbornly refusing to budge. This mood of shady back-room dealing is set by David Fincher's signature look in the first two episodes; it's lit exactly like The Social Network, so much so that a mid-season episode in which Frank spends time in the country vetting a businessman for Vice President makes you squint a little: it's the first time you've seen sunlight in hours.

Does it matter ultimately that Netflix has a problem to address with positioning House of Cards in the cultural conversation? Can't you just have a good show without everyone having to tweet about it? I think it'll prove difficult to make a lasting impact in the same way a superior AMC or HBO drama does, but in the end, quality will out, hashtag-friendly or not. And besides, does anyone actually talk around water-coolers anyway?

More:  House Of Cards  Kevin Spacey  David Fincher  Robin Wright  Netflix
Follow us on Twitter @The_Shiznit for more fun features, film reviews and occasional commentary on what the best type of crisps are.
We are using Patreon to cover our hosting fees. So please consider chucking a few digital pennies our way by clicking on this link. Thanks!