Claustrocore fans have had it good at this year's London Film Festival. Whether it's Robert Redford single-handedly taking on the Indian Ocean in All Is Lost, or Elijah Wood trapped at his piano by a crazed gunman in the unintentionally hilarious and brilliantly terrible Grand Piano, those of us who like being stuck in one location with one actor for the best part of a film have been well served by the BFI. The daddy of them all, though, takes place nowhere more thrilling than in a car on the M6 and M1, and the man in the driving seat is future Road Warrior Tom Hardy. That's right guys - it's Mad Max: Beyond Toddington. *takes rest of day off*


Ivan Locke is a good man. The respected foreman of a building firm, he's about to lay the foundations for an historic construction project somewhere in the north of England. As practical and solid as the structures he helps create, he oozes sturdy dependability with his chunky-knit sweater, soft Welsh accent and reliable BMW SUV. You get the feeling that anything would be safe in his hands. But a while ago he laid some less well-planned foundations, and as a result this master of construction is about to spend a road trip to London listening to his life collapse around his ears like a skyscraper made of sausages. 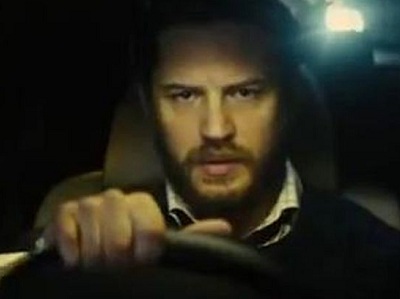 Tom Hardy driving a car. There's quite a lot of this.


There's little point giving away much more detail: half the fun of Locke is discovering what's going on in Ivan's life via the incessant stream of phone calls he makes and receives on his way to the capital. The other half comes from watching him for the entire running time, insulated in his tiny, carbon fibre universe, attempting to address myriad issues without smashing through the central reservation. Once he gets in the car, we never leave him, and his is the only face we see. We hear plenty of voices, some of them very recognisable, and his world gradually opens up to us, but he remains at its epicentre, trying to keep it from unravelling with varying degrees of success.

Hardy is, as usual, magnetic here: there are few stars who could hold your attention for 85 minutes in such a banal setting this well. Whether reassuring a panic-stricken colleague or delivering awful news to a loved one, it's impossible to take your eyes off him - not that you've got much choice, given the nature of the film. But without the snakes and sand of Buried, the cyclonic ocean of All Is Lost or the frantic editing of Joel Schumacher's Phone Booth, it's entirely up to Hardy and director Steven Knight's script to keep you giving a shit in this single-location drama. The only available cutaway is the car's phone screen, and that's not about to win Best Supporting Optional Extra. 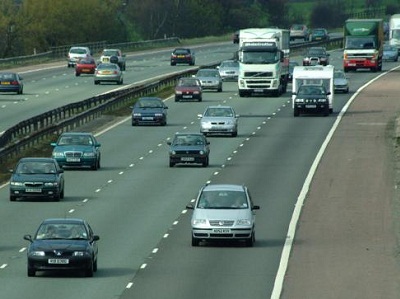 
So don't go in expecting Buried in a Beamer: nobody's trying to kill Locke, nobody's chasing him for an unpaid bill at Newport Pagnell services and his car won't explode if he switches The Archers off. This is more talk than torque, and Knight employs nothing flashier than the odd dissolve to spice up proceedings, so confident is he in his lead. It's a bold experiment for a director on only his second feature, but with Hardy at the wheel, it's one that pays off.

More:  LFF2013  Locke  Steven Knight  Tom Hardy  Olivia Colman  Ruth Wilson  Bill Milner  Tom Holland  Andrew Scott  Ben Daniels
Follow us on Twitter @The_Shiznit for more fun features, film reviews and occasional commentary on what the best type of crisps are.
We are using Patreon to cover our hosting fees. So please consider chucking a few digital pennies our way by clicking on this link. Thanks!