For most of us, Australian cinema right now means stuff like Animal Kingdom, Snowtown and - at a push - The Sapphires, which is a state of affairs our barbie-obsessed upside-down cousins should consider fairly bonza. After all, it wasn't so long ago that their most notable cinematic export was Baz Luhrmann's Australia, a film whose very title The Guardian's Peter Bradshaw casually (and rather oddly) described as "flatulent". So it stands to reason that Mystery Road, a moody-looking crime drama from down under, could add another cork to the hat of Aussie film success; at the very least it seems unlikely that its title will be compared to an expulsion of fetid rectal gas. Although to be honest you never know with Bradshaw.


Mystery Road opens with gloom and foreboding in a desolate chunk of outback helpfully signposted as "Massacre Creek". What happens in Massacre Creek, you may wonder: daily street parties? Regular giveaways of kittens? Free tickles? Wrong, idiot, it's a dumping ground for dead girls whose corpses get munched on by wild dogs. If only the film had opened on the next road along, A Nice Cup Of Tea And A Biscuit Street, everything would have been so much less depressing. 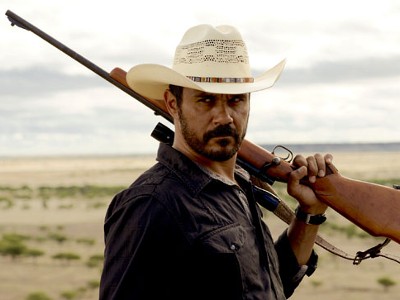 
But depressing it is, with Mystery Road's relentless pessimism and paranoia smothering any flicker of fun like a fifteen-tog duvet on a birthday cake candle. Conscientious detective Jay Swan, an Aboriginal cop who's just returned from "the big smoke" to his insular hometown, doggedly investigates the girl's death with little to no help from stubborn, ambivalent colleagues and unhelpful locals who'd rather keep their head down than help Jay out. There's a tinge of racism to everyone's unwillingness to assist Swan - the dead girl was also an Aborigine - but hanging over the whole town is the sense that there are even darker forces keeping people quiet. Swan's investigation turns up discoveries far more surprising to him than they are to an attention-paying audience, and it soon becomes clear that Mystery Road probably isn't going to find itself mentioned in the same breath as Australia's greatest filmic output after all.

Swan is played with relaxed likability by Aaron Pedersen as a methodical plod who may be the only honest man in the state. He's watchable despite never doing much: he deals with suspects, witnesses, his ex-wife and his wayward daughter with the same laconic charm, barely hinting at a simmering anger beneath the surface. It's a performance in danger of becoming dull, but relief comes in the form of a supporting cast of quality actors which includes Hugo Weaving as a morally ambiguous copper who oozes menace from every wrinkle on his surprisingly craggy face. Weaving's bent bastard is an entertaining foil for Swan, but Mystery Road doesn't deal in black and white; rather in shades mirrored by the ironically beautiful sunsets stunningly captured by cinematographer (and composer, editor, writer and director) Ivan Sen. 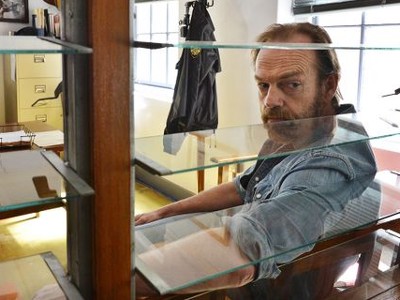 "Sarge? Got me arm stuck in the window again. Can't feel me fingers"


As well-acted and gorgeously shot as it is, Mystery Road ultimately suffers from its stubborn refusal to ever change gear. It's languorous and not particularly engrossing, and while a last-minute firefight (on Slaughter Hill, obvs) threatens to end the film with a bang, it's actually a shootout of amusingly varied degrees of competence which raises more titters than pulses. It's no doubt more realistic than most final-reel face-offs, but it's hard to tell whether it's supposed to be as funny as it is. And while constant and conspicuous references throughout to people's ability to determine whether or not a dog is wild are intended as metaphor, it's done so clunkily that you long for Guy Pearce's deftly-written Animal Kingdom speech.

More successful as a sideways look at Australian race relations in microcosm than as an out-and-out thriller, Mystery Road still has much to recommend it, and most of Ivan Sen's work on the film is remarkable. He may have spread himself a little too thin here though, with his central plot suffering at the expense of everything else. Give yourself a break Ivo, get someone else to share the load next time. I hear Baz Luhrmann's not very busy at the minute.

More:  LFF2013  Mystery Road  Ivan Sen  Aaron Pedersen  Hugo Weaving  Jack Thompson  Ryan Kwanten  Tasma Walton
Follow us on Twitter @The_Shiznit for more fun features, film reviews and occasional commentary on what the best type of crisps are.
We are using Patreon to cover our hosting fees. So please consider chucking a few digital pennies our way by clicking on this link. Thanks!