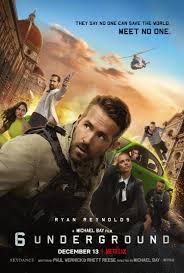 The man, the dream. The man is Michael Bay; Hollywood's eternal manchild, able to somehow tap into the mind of a prepubescent boy. The dream is to blow up as much shit as possible, sending hot sparks flying over even hotter chics in lingerie as our hero flings another zinging retort into the bad guys like nasty little comedy bullets. It's not clever. It's not classy. He thinks it is. But it's bold and tough, and you will respect the awesome might of military technology, else be visited in the night by wicked-rad army ninjas in stealth Blackhawks. Bayhem is in session, sit up and pay attention, DAD!


I was browsing the shelves in HMV the other day in a rare child-free afternoon, and what should I spot but a film from 2018 I'd heard good things about but had totally forgotten: Leigh Whannell's Upgrade. £23 special edition though, so I deliberated for a bit before deciding to take a punt. It is Christmas after all, and Jesus would've been well on board with cyberpunk. It's a nice weighty box too, with a small book of writings which I will definitely read eventually, and a poster of Logan Marshall-Green to hang on your wall, which handily doubles as a poster of Tom Hardy. 6 Underground stars Ryan Reynolds, Melanie Laurent and Manuel Garcia-Rulfo.

Upgrade is one of those rare films they don't make anymore, except when you discover it and can't stop thinking about it, and add it to the list of films they don't make like that anymore. Thematically it shares a lot in common with Blade Runner 2049 - tech firms playing God, the dangers of artificial intelligence, augmented humans becoming aware of a higher purpose, etc. - but it's also reminiscent of Minority Report's sinister digitally-enhanced all-seeing future, Robocop's corporo-satire, and at a stretch tactile techno-noirs such as Iain Softley's jacked-in Hackers and the ludicrous Justin Timberlake-starring clock-based nightmare In Time. 6 Underground is an action movie. 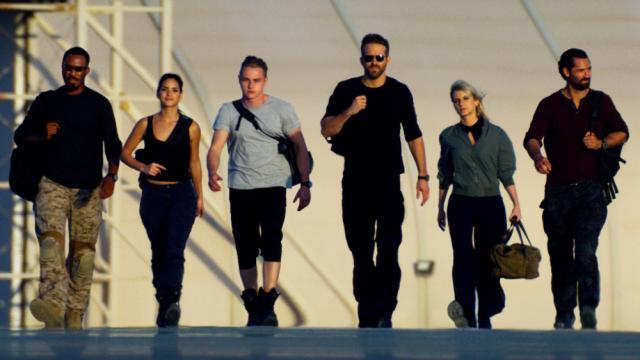 The characters of 6 Underground walking in a line


It's probably heaping a lot of expectation on Upgrade by citing so many genre classics (and In Time) as references for style, tone and theme. It might also suggest something derivative. But despite a fraction of the budget of any of those films, Whannell has crafted a supremely self-aware science-fiction that takes body horror and cop thriller elements, and sprints with those while adding in eye-popping, visceral fight scenes - all while maintaining a smart sense of humour about proceedings. It's the sort of self-assuredness you'd expect from a higher budget movie, but Whannell has managed to keep up with the bigger boys on a mere $3 million. 6 Underground cost $150 million to make and looks like Megatron's explosive diarrhoea.

The plot to Upgrade very roughly revolves around Grey Trace (Marshall-Green) receiving an implant that gives him the ability to walk again, after being paralysed in a robbery that also left his wife, Asha (Melanie Vallejo), dead. The implant - known as STEM - is supplied by a tech billionaire looking for human guinea pigs and Grey, being an old school kind of guy, has just the unaltered, pure body to become the perfect host. But STEM has plans of its own, and soon the freshly re-dextrous Grey is getting cybernetically-enhanced revenge on the scum who attacked him. 6 Underground opens with a 16 minute car chase that is - impressively - tedious from the start.

This revenge comes first by Grey's will, then later things become blurred when he takes the wheels off STEM and the question of who is in control becomes... well, complicated. To provide an external view of the blood-soaked carnage, Grey/STEM are being tracked by Cortez (Betty Gabriel), a detective investigating Asha's murder who suspects something is up when her seemingly wheelchair-bound witness keeps turning up near dead gang members. As Grey, STEM and Cortez home in on their goals, it's no surprise to learn a corporate conspiracy is at the heart of matters, but it's more complex than that, and the question of what Grey/STEM/GreySTEM now is takes precedence. 6 Underground is a double whammy: racist AND sexist. 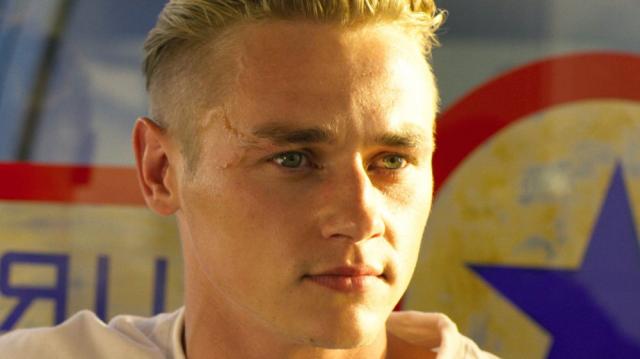 A close-up of one of the characters in 6 Underground


I mentioned Upgrade has a sense of humour, but what I actually meant was it can be downright hilarious at times. Grey's little sarcastic interactions with STEM are a neat character-building ploy, but there's something really wickedly delightful about the duo pretending to be quadriplegic at inopportune moments that harks back to '80s screwball comedies. A scene where Grey is forcefully wheeled into a seedy bar toilet by a pack of thugs, the screams that follow, then trundling back out again to the amazement of patrons belongs in something like Police Academy. Yet it works, such is the strength of the groundwork done in setting up the world, the characters, their predicament and their abilities. 6 Underground is meant to be a comedy too... I guess?

So if you're after something highly original to watch with shades of some of the most thought-provoking mainstream blockbusters of the last few decades but still has a kind of lo-fi guerrilla film-making feel to it, that'll shock and make you laugh, leaving you in awe of the balls required to undertake such a brazen mix of things that should not go together, then I can recommend Leigh Whannell's 2018 film Upgrade, currently available for £23 in HMV and probably much cheaper to rent online. 6 Underground is the worst thing I have ever seen in my life, and I've seen one of my own bones.