Review: A Simple Favour is a fabulous new look for Paul Feig 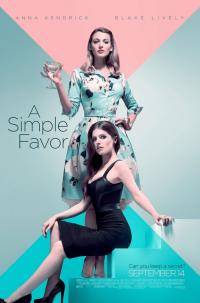 Imagine being Paul Feig. You’re a talented director with a charming comedy disposition who consistently dresses like a flamboyant uncle at a wedding. Then you dare to reboot a beloved 80s franchise and cast it with actors who have one more X chromosome than the original actors. Suddenly the Horrible Part Of The Internet hates you. It doesn’t care that you made Bridesmaids, because suddenly it hates that too now, just because. Trolls make your life hell for a couple of years. They no longer find it endearing that you dress like a recently widowed old man celebrating his anniversary one last time before taking his own life to join his beloved. Instead they send you death threats because you reimagined their favourite pretend ghost hunters from 30 years ago as women. What do you do now?


The easy thing would be to retreat to familiar ground and make a new comedy in which Melissa McCarthy plays a teacher on a class trip who gets mistaken for an international assassin or something. But this is Paul Feig. He doesn’t take the easy route. He dresses like an eccentric owner of a mysterious suit factory ready to bequeath his wonderful business to a good-natured orphan, and he does it all the time. I bet even his perfectly stitched pyjamas come with a matching dapper cane. So instead he ventures into new territory and makes a noirish comedy thriller, which is most remarkable for two things not normally associated with Paul Feig movies: it’s sharply and concisely written, and it’s as slick and stylish as his own collection of magnificent, handcrafted bowties.

It’s still easy to see some familiar Feig hallmarks, of course. In particular, Anna Kendrick’s earnest single mum, Stephanie Smothers (yes, it’s a bit on the nose), is constantly caught providing off-guard reactions to her playdate partner, Blake Lively’s Emily, a stunningly styled, rich bitch Queen Bee of an absolute mutha who offers more cattiness than the catwalks she belongs on. But comic interactions between the two and general absurdity aside, a dark undercurrent rises to the surface as the pair become friends. And then, one day, Emily doesn’t return after a supposed work trip, leaving Stephanie with an extra little boy to take care of, a husband to comfort and a mystery to unravel. 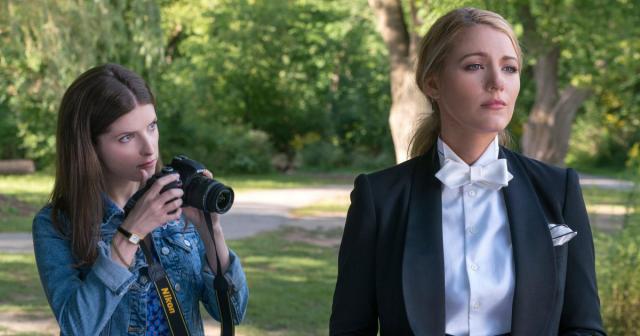 
At this point, we’re in full blown noir thriller mode. Is Emily just on one of her irresponsible disappearing-act jaunts, or is there something more sinister at play? To say more would spoil what comes next, but it’s safe to say that she doesn’t just turn up again after a few days with a folder full of spreadsheets and some phone-reception apologies.

Jessica Schaefer’s screenplay works hard to keep the audience guessing throughout the film, seemingly aware at every moment of where expectations lie and avoiding any eye-rolling at ‘obvious’ revelations. It is Kendrick’s and Lively’s performances that carry the film, however, as they develop a fascinating dynamic that flits between flirtation and sisterhood while maintaining a comic tone that’s as ice cold and dry as the many martinis Emily makes throughout the film. 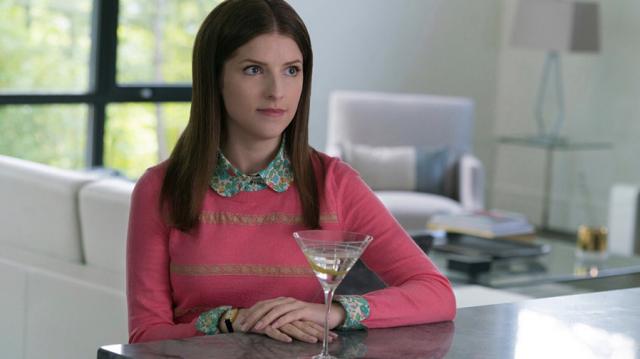 Here is one such martini to prove the reference I just made.


This is the real feat here from Feig too (besides from using his sartorial expertise to approve some pretty outrageous outfits that can only be described as ‘extreme style’). You might expect that the comedy elements and hints at deadliness don’t blend together well, but he wrangles them together to achieve an overall successful balance. Where things go slightly awry is during a middle third where the film switches from wicked thriller to Stephanie in Nancy Drew detective mode, causing the film to lose its chicness and derail from its sass track for a while.

But on the whole, it works extremely well at being both very funny and utterly gripping at the same time. So welcome back from the brink of the abyss, Paul Feig. Well done on surviving fanboy toxicity. And congratulations on doing so while wearing the kind of outfit a space wizard would magically transform his robes into in order to try to pass on the streets unnoticed.

Additional observations:
- During the several martini-making scenes, it’s very distracting to have such prominent product placement for Aviation Gin, which is coincidentally the gin label recently bought by Mr Blake Lively, Ryan Reynolds.
- There is a repeated insult phrase used throughout the film, and the first time it is mentioned/shouted by Blake Lively, I guffawed more loudly than I have done at any comedy released all year.
- Rupert Friend is brilliant as Emily’s ridiculous fashion designer boss, and it’s a shame he’s only really in two scenes.
- Both central performances are superb, but Kendrick’s is an extension of what we’ve seen from her before, whereas Lively evolves her old Gossip Girl schtick into a genuine character piece, with a hugely impressive late left-field turn.

More:  A Simple Favour  Paul Feig  Anna Kendrick  Blake Lively  Henry Golding
Follow us on Twitter @The_Shiznit for more fun features, film reviews and occasional commentary on what the best type of crisps are.
We are using Patreon to cover our hosting fees. So please consider chucking a few digital pennies our way by clicking on this link. Thanks!