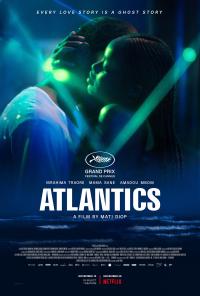 If there's one thing common across the various cultures that have emerged on earth since we became organised enough to herd ourselves into us and them, it's the screwing over of the little folk by their wealthy masters. The practice is a perfect underpinning for cautionary social tales, and has become a staple of storytelling, used to pass warnings about the corrupting nature of power down to successive generations. So obviously since these injustices have been well documented on cave walls, stone tablets, parchments and GeoCities websites throughout the annals of time, and we live in an enlightened era of instant communication with masses of knowledge at our fingertips, we're equipped to prevent this sort of thing happening ever again. Right? Oh.


There can't be that many scripted feature films based on a filmmaker's own prior documentary work, and if there are the subset of them used as a canvas to hang a ghost story on must be even smaller. French-Senegalese director Mati Diop's Senegalese-set romance/folk horror Atlantics is a re-telling of her award-winning 2009 short, Atlantiques - an urgent call to improve the lives of African workers - with added supernatural revenge elements layered in to construct a narrative around a doomed sea voyage.

The 15-minute Atlantiques drops in on a group of men discussing a risky boat journey they plan to take up the West coast of Africa to the tip of Europe, and to a better life. Later we see relatives in mourning as it's revealed a number of the men didn't survive. The contrast in hope and loss is intended to highlight the lengths many Africans are forced to go to in order to have a future. Expanding on this in Atlantics, Diop has bookended the events of the documentary with a backstory grounded in reality, and a continuation of the grief manifested in the form of a ghost story where those responsible are confronted by their actions. 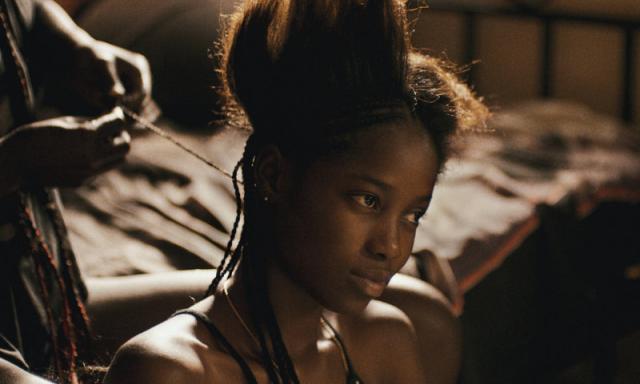 
We follow Ada (Mame Bineta Sane), a young Senegalese woman romantically involved with a labourer, Souleiman (Ibrahima Traoré), while also arranged to marry a wealthy suitor, Omar (Babacar Sylla). After months of unpaid wages during the construction of a skyscraper, Souleiman decides to cut his losses and head out to sea with a makeshift crew of similarly disillusioned workers, hoping to create a better life for him and Ada. News soon reaches home that tragedy has befallen the group, leaving Ada in a state of limbo, convinced Souleiman will return to save her as her impending nuptials bear down.

Souleiman does return - as do the other travellers - but not in a state you would call of this realm. Unexplained happenings and mysterious fires follow, building a sense of unease as those left behind are visited from beyond the grave, and in some cases possessed to carry out the revenge work of the lost sailors. To give away further details would be heading into spoiler territory but in terms of comparisons we're talking slow burn tension in the gothic horror tradition, that makes the creeping sweep of similar aqua-based revenges such as The Fog look like a mad Fast & Furious-style dash. 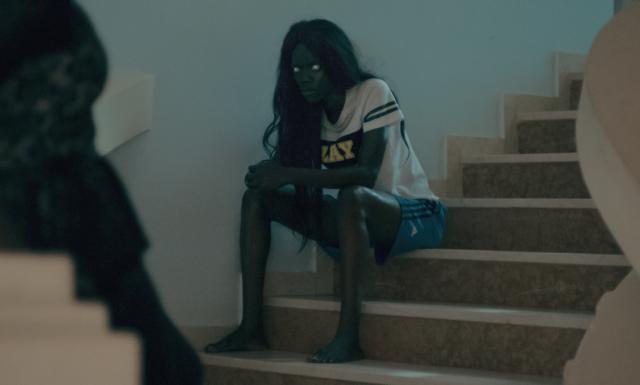 
But comparisons to Hollywood drive-in flicks shouldn't rob Atlantics of its own style - lingering shots of the ocean highlight the cold, dark unknown, and the special effects are limited to white contact lenses, although the look is effectively chilling - or of its African identity. This is still very much a ghost story rooted in the folklore of the region, just with a universally recognisable theme. As such Atlantics has been rewarded already this year by taking home the Grand Prix award at Cannes, and a nomination for Best International Film at next year's Oscars.

There's a small question of taste over the use of a real-life tragedy to derive a spooky ghost story, but Diop's motivations are necessarily dual in raising awareness of a terrible situation by scaring her audience - who may then take the lessons away with them and help enact change, or at least recommend the film to others and pass forward the underlying seriousness of the message that way. It's an unorthodox approach to originate a film idea from a documentary, but the result is an unsettling tale of human plight and otherworldly reckoning that is haunting in every sense of the word.

More:  Mame Bineta Sane  Ibrahima Traore  Amadou Mbow  Aminata Kane  Babacar Sylla  Mati Diop  Olivier Demangel  Cannes  Netflix
Follow us on Twitter @The_Shiznit for more fun features, film reviews and occasional commentary on what the best type of crisps are.
We are using Patreon to cover our hosting fees. So please consider chucking a few digital pennies our way by clicking on this link. Thanks!