Review: Bait is tighter than a duck's arse 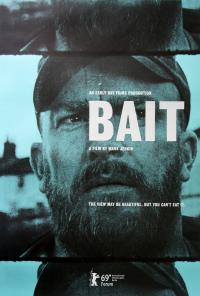 My partner made me turn Bait off after two minutes because she said it was "pretentious," so we watched Ru Paul's Drag Race instead. My idiot friends spent an hour trying to come up with wanking jokes in our WhatsApp group because Mark Kermode said the film was a "masterpiece" (master + bait + combined mental age of 12), with predictably disappointing results. But like my mum said when I came home from riding my bike one day and she told me the Under 9s coach had rung to say the rules had changed and teams only fielded ten players now so I shouldn't show up for practice anymore: "It's their loss, Luke, you're brilliant at football."


Bait isn't making things easy for itself, but that may be the point. It has an experimental film aesthetic; shot in black and white on a hand-wound olde timey camera that produces something close to 4:3 aspect ratio, then spliced together with the subtlety of Captain America and Iron Man fighting Thor in The Avengers. So you can see why it might put people off on visual appeal alone. But the choice of capture medium is intrinsically linked to the point writer-director Mark Jenkin is making about the value placed on the work we do, tying the very existence of the film to the physical mechanics required to Crank it out.

The story is a modern allegory of tradition in decline and gentrification disguised as progress, inviting us to accept the old ways will eventually wither away in our convenience-hungry times, to be replaced with a version that looks the same but is unrecognisable to anyone who can see past the plastic sheen. What's more we're asked to reconcile with the role we play in the disappearance of entire communities - a social cleansing incentivised by Tesco Clubcard points - meaning by the time Jenkin is through you'll end up feeling like the biggest cunt in the world. 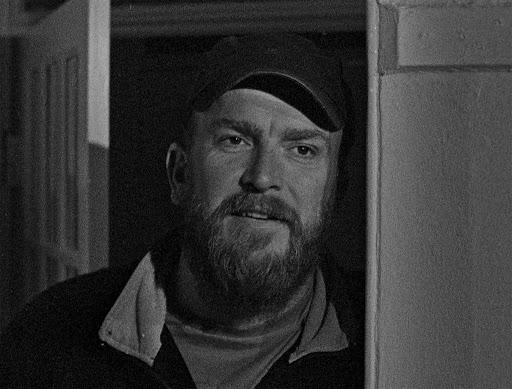 
We find ourselves in a village in Cornwall; a picturesque coastal region in South West England, where the locals have traditionally relied on fishing to get by. One such local is Martin Ward (Edward Rowe), struggling to make ends meet and counting his bruises after selling the family home to a couple from London - who promptly revamped it as a B&B, drawing other city dwellers down to rent the experience of living like fisherfolk for a week, filling the place with ropes and nautical tat to complete the faux ambience. "It looks like a sex dungeon," a bemused Martin tells his brother Steven (Giles King), who supplements his own meagre earnings by taking stag parties out for jollies on his boat.

It's a powerful take on identity, community, lifestyles, ideals and loyalties, as Martin's quiet exasperation simmers - much like a lobster catch that starts out as a visual metaphor and some delicious class commentary, but becomes a crucial plot point, ultimately leading to a shocking event that underscores the whole sorry arrangement and provides us with a final sombre mantra: life goes on regardless. But it's not a one-shot hot pot plot: Jenkin has managed to load pretty much every frame with some kind of irony or clash of personalities, constantly playing imagery, dialogue, items and locations off one another, further pushing the tactile feel while propping up the themes. 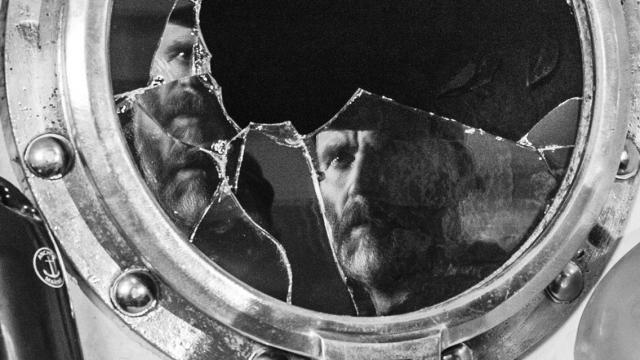 
So does Jenkins' experiment succeed? As a seasoned short filmmaker he's clearly made the film the way he wanted, leaving it up to us to put aside any snobbery about formats and appreciate the graft (my sympathies to anyone trying to find an angle for comparisons with Parasite). It's easy to speculate how more current production methods could have widened the audience; the story is strong enough to survive an extraction from the presentation, although does suffer when you consider that maybe Martin and Steven have a responsibility to adapt if they want anything of their economy to survive, rather than relying on an unchanging status quo.

Minor quibbles aside, Bait will stand as a notable document of the struggle between old and new in our fast-changing world, acting as a cautionary tale for other such fragile industries, and created using methods intended to evoke simpler times. I'm as cynical as anyone about motives for doing things outside the norm, and to be totally honest I was expecting my Arthouse Wanker bell to start ringing, but it didn't take long to adjust to Bait's ways and soon I found myself appreciating the black and white shots for what they are - and not just as a smug little layer of abstraction, they are on the whole gorgeous compositions.

And with this capturing of a way of life due to vanish with the opening of a Costa, we're left with one final lingering question: what should we preserve of the past?

More:  Edward Rowe  Mary Woodvine  Simon Shepherd  Giles King  Chloe Endean  Isaac Woodvine  Mark Jenkin  Aquaman
Follow us on Twitter @The_Shiznit for more fun features, film reviews and occasional commentary on what the best type of crisps are.
We are using Patreon to cover our hosting fees. So please consider chucking a few digital pennies our way by clicking on this link. Thanks!