Review: Birds Of Prey is the fantabulous desperation of one Harley Quinn 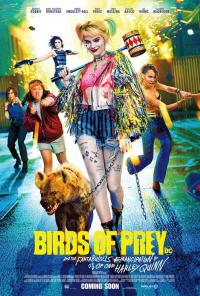 There’s no denying that the Joker is a truly iconic figure. Whether it’s Joaquin Phoenix’s fragile psychopath, Heath Ledger’s cruel anarchist or Cesar Romero’s painted moustache, the character of the Joker is an indelible legend of pop culture. But you wouldn’t want to hang out with him, would you? Imagine all the whoopee cushions and hand buzzers and all that endless itching powder. He’s just a terrible try-hard, isn’t he? So it’s probably apt that this film, which is primarily focused on his sudden absence from Harley Quinn’s life, tries to fill his void by being just as eager to entertain. It’s packed with colourful chaos, wacky narrative devices and fun, so much fun. But just like the Joker’s constant giggling, it also feels a little bit forced. Why so weary-ous, Harley Quinn?


In a sense, this all works in the film’s favour. After a cartoon intro that recaps Harley’s origin from Suicide Squad, a significantly Leto-less sequence follows in which she gets dumped by the Clown Prince and deals with her own heartbreak by getting drunk, buying a hyena and blowing up the ACME chemical plant where the scar-crossed lovers first united. The pace is set immediately, with crazed violence and squeaky-voiced sociopathy playing out in accordance with a jumpy narrative (“4 minutes earlier”) and self-aware narration. Within the first 20 minutes, scenes fire off like synapses in the heartbroken Harley Quinn’s brain while she - despite already being a batshit nutjob - isn’t quite in her right mind.

The result here though is a little like being bashed around the head with a fairground mallet. With a running thread of Quinn trying to find a sense of identity that isn’t defined by her Mr J, this film also feels like it is doing the same after separating from the colossal critical failure of Suicide Squad. It’s a movie that needs a support network of loving friends, so it reaches out to get the audience on side as much as possible, and it jumps through every hoop to try to make that happen. 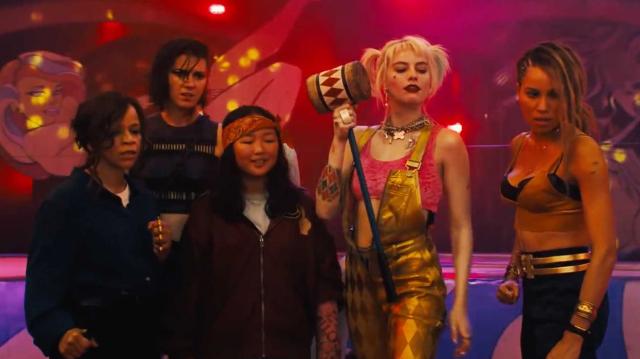 "Don't worry, there are plenty more fish in the DC"


Just like with any friend going through a terrible breakup though, your willingness to carry them through the aftermath can only go so far until you really just want them to find their feet again and move on. So it is here, with the film taking its time to kick into a higher gear, only really happening when Harley Quinn starts to meet and eventually team up with the other Birds of Prey. Only then does the film sincerely start to have fun as character dynamics and actual plot-driven action take over from on-screen gimmickry and cheap violence. This is the point at which Harley Quinn really finds her feet and moves on from the Joker, and from Suicide Squad, and she is stronger and better for it. It’s just a shame that she takes so long to get there

"
"
McGregor never really pulls off the kind of terrifying unpredictability that he’s aiming for here
Of course, Margot Robbie is clearly having a blast the entire way through the movie. She is obviously the movie’s best asset and, while director Cathy Yan is focused on hitting the same zany comic-book note again and again, it’s Robbie who lends the film more credibility with a quality of commitment usually reserved for much higher-brow movies, even if this mostly consists of clipped smirking or cartoonish whining.

Elsewhere, it’s a mixed bag performance-wise. Rosie Perez is great to watch as the hardened alcoholic cop deliberately stereotyped from the movies she loves, while Mary Elizabeth Winstead’s Huntress is supposed to be a character out of her comfort zone but just seems like she is constantly confused by the film’s entire tone. Overall, perhaps the biggest disappointment is Ewan McGregor who, as bad guy crime lord Roman, looks like he’s having the most fun he’s had on a movie set in years. However, aside from one scene in which the character shows a brief streak of genuine misogyny, McGregor never really pulls off the kind of terrifying unpredictability that he’s aiming for here. And I still don’t really understand why he occasionally puts on a black mask other than the fact that his character’s alter ego is 'Black Mask'. 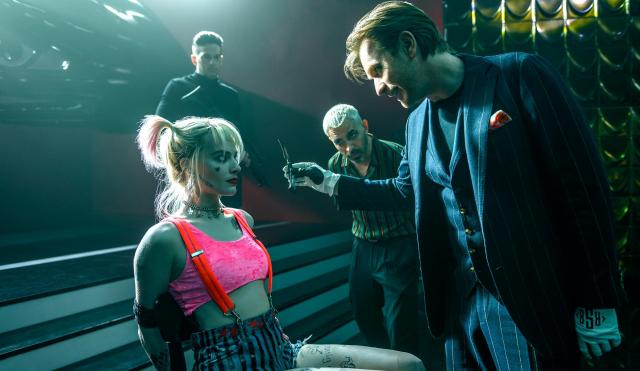 The most threatening he's been since Salmon Fishing In The Yemen


The film’s last act makes up for a lot of the earlier water-treading, consisting mostly of some fun and imaginative action sequences. And yet the film still doesn’t quite land the resolution to its main question: Who is Harley Quinn when she is no longer the Joker’s girlfriend? The suggestion is that the answer lies somewhere between a maternal instinct and her usual anarchic self that we’ve always known anyway. So, the central theme of the movie is at best hugely problematic and at worst entirely pointless.

Of course, any hardened fan will argue that being pointless was the point all along. I just didn't get the punchline. Ha ha ha – the joke’s on me. So fun. Bzzzzz. Fart. Honk. Etc.

More:  Harley Quinn  Birds Of Prey  Suicide Squad  Joker  Margot Robbie  Rosie Perez  Mary Elizabeth Winstead  Jurnee Smollett-Bell  Ewan McGregor  Ella Jay Basco
Follow us on Twitter @The_Shiznit for more fun features, film reviews and occasional commentary on what the best type of crisps are.
We are using Patreon to cover our hosting fees. So please consider chucking a few digital pennies our way by clicking on this link. Thanks!