Review: Booksmart is all that was good about Superbad and more 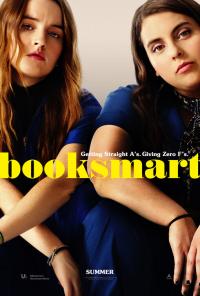 The ten years since Superbad have passed in a heartbeat, that's a long time to leave between checking in with youth culture. I'm sure everything is still exactly as it was in 2009, right? [weakly] Fo' sho. Booksmart, the fantastic debut directorial effort from Olivia Wilde, is proof that while things change, they've very much stayed the same: today's high schoolers might be newly woke and progressive and tolerant, but they're still all about end of term ragers and macking with hotties. Kids still say all of those words, I assume? Am I so out of touch? No, it's the children who are wrong.


Seth Rogen and Evan Goldberg's Superbad is the most obvious touchstone here, where two misfit students decide that only an epic graduation party can validate them. As fun and juvenile as that film was, you can tell that it was written by 14-year-old boys; Booksmart treads a similar path, but telling the story from a female point of view is a welcome perspective change. Written by, directed by and starring women, it's a fresh twist on a familiar trope, with all the fun and none of the nastiness - there's no McLovin-style punchbag here, and even though friendships are tested, Booksmart is good-natured and all the more enjoyable for it.

Molly (Beanie Feldstein) and Amy (Kaitlyn Dever) are the two no-hopers intent on making a name for themselves on the last weekend of term after realising that all the students who partied and studied got into top colleges too. Part of the reason that Booksmart feels so amenable from the outset is how it subverts expectations on high school stereotypes, a little like how 21 Jump Street refused to categorise jocks, nerds, gay guys and mean girls into convenient pigeonholes. Characters are mixed race and of various ethnic backgrounds; they're gay and straight and everything in between. This diversity doesn't really play into the film's humour at all, but that's quite remarkable in itself - characters aren't gay to provide a punchline, but to better represent the youth of 2019. Compare it to Superbad's constant and troubling use of the word "fag". Booksmart is SuperGLAAD. 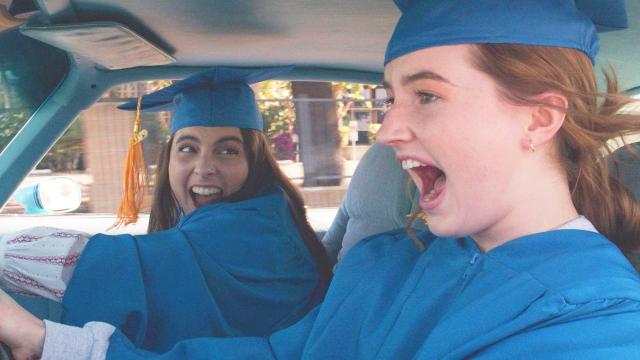 Still weird: American kids driving their own cars to school


Booksmart also has substance where it matters: it's overflowing with an excess of character, the comic cameos all represent great value for money and there are only a few jokes that land with a thud. Feldman and Dever make for a great comic duo - easily the gender converse equation of the Hill-Cera formula - and their friendship is as moving as it is hilarious (I loved their very first scene, meeting in the morning before school, where they wordlessly, endlessly dance and body-pop in celebration of one another; later, when selecting outfits for the party, they confront each other with faux indignation: "How dare you? How dare you be so beautiful?"). Even the broader gags deliver: one scene, an audio joke about watching porn in the back of a taxi, signposts the punchline a mile off, but knows that the anticipation helps sell the payoff. In general, Booksmart proves itself witty enough to deliver adolescent humour with a sly nudge and a wink.

"
"
Booksmart is witty enough to deliver adolescent humour with a sly nudge and a wink
Sometimes Booksmart is guilty of engineering convoluted situations in order to tell a story that wholly represents the experiences of youth - the devastating lows of an unrequited crush and the giddy highs of budding romance don't tend to occur on the same night, for example. Similarly, Beanie Feldstein, although hugely talented with no small amount of screen presence, is called on to be a mite too chameleonic in the moment - in my experience, students who devote themselves to education don't tend to have the kind of ebullient, larger-than-life personalities that can make or break a party. Feldstein fulfills the criteria of both the bookworm egghead and the crass class clown when the screenplay requires it; maybe it's a cultural difference, maybe it's a convenience for comedy's sake, or maybe we should just write it off as a 'don't judge a book by its cover' type thing, but it didn't quite sit right with me.

Booksmart is not really a movie that demands you pick it apart, because it otherwise does a pretty fantastic job of being light on its feet, charming, heartfelt and funny. It also has the bonus of a truly magnificent soundtrack, featuring old school hip hop and new music from Dan the Automator; I was on Spotify before I'd even stood up out of my seat, and was already listening to it by the time I was on the train. A playlist full of bangers help give Booksmart a cock-sure strut - it's a film that's big on confidence, thicc with swagger and it hums with the virility of youth. Do the kids still say 'thicc'? I give up.

Additional observations:
- This is Olivia Wilde's directorial debut. This is not a movie that you watch and think 'This looks like someone's first go'. It's extremely well put-together.
- I'm not really sure how long production of a film like this lasts, but I was quite surprised when I saw a bumper sticker that said 'WARREN 2020'. Incredible foresight or just wishful thinking? Either way I'm into it.
- There is a great argument scene in this movie that perfectly encapsulates that moment in the heat of an argument where you get so single-minded in your fury that the rest of the world just kinds of blurs out of vision.
- Get yourself in the mood for this film by listening to 'Come Down' by Anderson .Paak. That's how he writes his name: with a space followed by a full stop between his first name and his last name. That's how trendy we're talking.
More:  Booksmart  Olivia Wilde  Kaitlyn Dever  Skyler Gisondo  Beanie Feldstein  Jason Sudeikis
Follow us on Twitter @The_Shiznit for more fun features, film reviews and occasional commentary on what the best type of crisps are.
We are using Patreon to cover our hosting fees. So please consider chucking a few digital pennies our way by clicking on this link. Thanks!