Review: Borat Subsequent Moviefilm arrives on time, but is it too little, or too much? 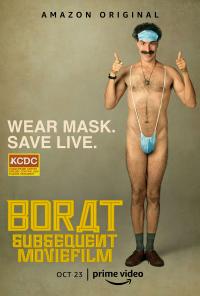 How do you lift the veil from someone who doesn't care what people think of them? This is the challenge facing Sacha Baron Cohen as he resurrects his Borat character, 14 years after the first film, in an attempt to snare the big figures of American politics prior to the upcoming election. The knowingly flimsy premise for this return is a meta plot in which Borat has now become so famous he has to continue his interview series in disguise - a process he's putting himself through in order to deliver a gift to U S. Vice President Michael Pence, otherwise he faces execution back home. Although you'd be mistaken for thinking Borat had turned up dead already.


The society we inhabit is a complex place full of many opposing views, but when it comes to changing things we have to place ourselves firmly in one of two extreme camps - Guardian-reading Pokémon-hunting liberal left, or Nazi-saluting Waitrose-shopping right. So your political reading of Borat Subsequent Moviefilm will probably already be decided. But for the woke left this instalment contains a fresh moral quandary: with the worst of us living their best lives consequence-free, and Cohen's antics subsequently robbed of any satirical shock value, it turns out Borat is really, really, really super fucking racist.

This is an uncomfortable turn of events. Not only because we must accept that Borat has been a racist caricature all along, but that the right has played an absolute blinder in checking the left, nullifying any attempt to call them out as terrible human beings by fully owning what they are. This doesn't mean the film lacks a point. Released so close to the 2020 U.S. Presidential election the aim is clearly to dissuade viewers from voting for Donald Trump and his cabal of assorted cartoon vampires, but the methods employed are so tired they risk backfiring by annoying the people who are supposed to get the joke. 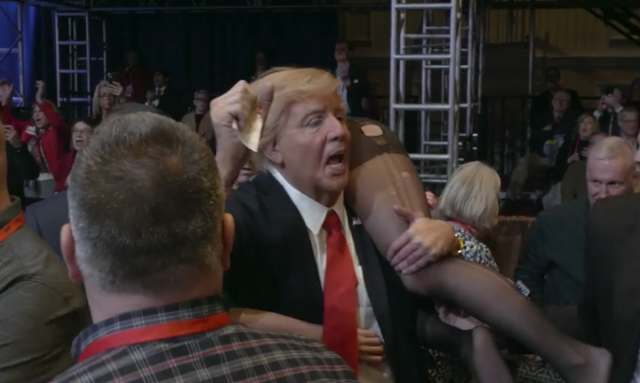 But this isn't high art. Cohen, and to their credit somehow Amazon, are putting a lot on the line with a movie that is more of an opportunistic device driven by current circumstances than anything intended to stand the test of time - apt given the main draw arrives hideously outdated. Thankfully there's a surprise ray of light in the form of a daughter Borat never knew he had, Tutar - played by Bulgarian actress Maria Bakalova with a level of game that can only be described as 'someone is going to get killed'.

Bakalova's extraordinary ability to sell naivety - all while staying in character to prod at her subjects - is as assured as Cohen's own, and would have carried the movie without him. Away from the marks a subplot where Tutar slowly wins over her bigot father is oddly moving, showcasing a less brash side to the film that elicits something close to pathos, even if it is ultimately redundant. Her commitment to the role is nothing short of heroic though, putting herself before some of the most repugnant figures in American society while being a) an imposter, b) a foreigner, and c) a woman. 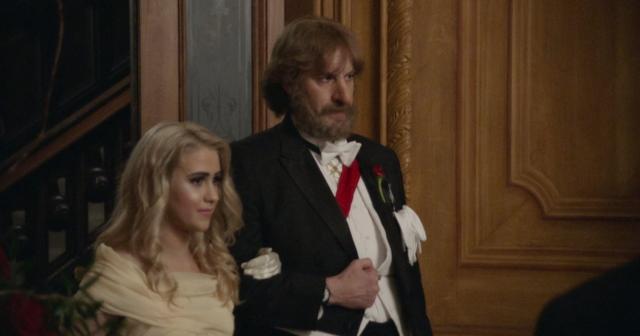 TFW everything is a bad idea

The dangers of Cohen's game came to light a few days before the film's release, with the leak of footage showing Trump lawyer Rudy Giuliani in a compromising position that could have led to exposure in more ways than one. A great coup, but in context it's not as clear cut as you've been led (or would like) to believe. There's no way to know how that situation would have played out if Cohen hadn't taken the decision to bail, and even at the point it gets to there are questions about ethics and safety - and not always from Cohen and Bakolava's perspective. Whatever the case it happened over a week ago and therefore is already a forgotten spasm in the weirdest year many of us have known.

2020 stands to get even stranger next week as the election finally takes place. It would be interesting to know if Cohen's film has resulted in any Trump supporters reevaluating their stance on the man. Given how entrenched people become with these things it doesn't seem likely, and admonishing them with satire is hardly the most constructive approach. The movement Borat is intended to support is necessarily more compassionate than it would have been 14 years ago - when this is all over the world is going to need a lot of healing due to the actions of agents who seek to divide us, and coming back from that is going to be hard because impressions stick. Just ask anyone from Kazakhstan.