Alright On The Knightley 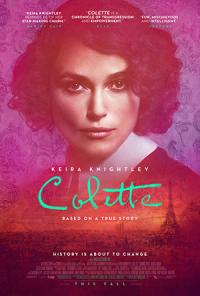 Did you know that Keira Knightley hasn’t appeared in a single film that’s set in the present day since Love Actually? Now, that isn’t remotely true, but it feels like it could be, doesn’t it? For most of her career, Knightley has been marked out as the go-to lead actress in Brit period dramas, even though her résumé includes recent memorable ‘modern’ roles such as those in um… Collateral Beauty, Jack Ryan: Shadow Recruit and, well, Red Nose Day Actually. If ever you worried that favouring stuffy corseted roles means that Knightley struggles to stay as relevant as she would be if she played, for example, a kick-ass assassin, a Transformer or Thor, then you’d be wrong. Colette proves that a period biopic can still offer a refreshingly modern story that’s surprisingly pertinent for these times. And – probably through no coincidence – it is Knightley’s best performance in years.

As Colette, the young wife of/ghost writer for famed Parisian writer Willy (Dominic West), Knightley inhabits the best of both eras. She’s a prim, country girl who has an almost-implausibly contemporary approach to everything she encounters. She’s an aspiring creative, capturing the attention and imagination of the larger-than-life Willy who positions himself as the devastatingly critical heart of the thriving French capital, but Colette never succumbs to the false charms that surround her. She immediately sees through the pretentiousness of the budding artistes and hangers-on, but ultimately ends up providing a literary voice that steers their ship.

Her transition from ingénue to libertine is played respectfully – there’s no indication that we’re witnessing anything other than a celebration of Colette’s natural talent and independent spirit – and it’s Knightley’s confidence and energy that provides this through-line. She delivers grit to match the glitz of the decadent lifestyle she traverses with husband Willy, and this sets her apart as a role model for the masses then as well as now. She is a woman with integrity and focus trying to avoid being sidelined in a patriarchal world of changing fashions and trends and celebrity, and if that doesn’t sound relevant to 2019, I can’t help you. 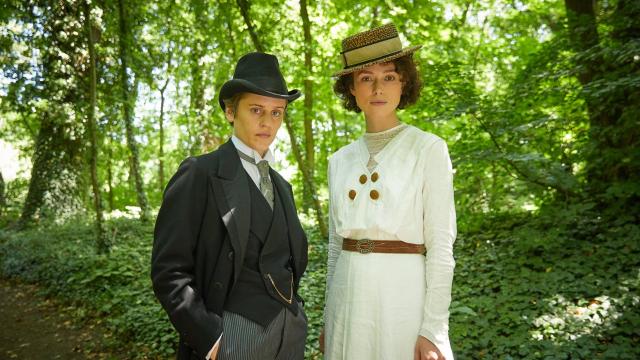 And tell me you wouldn't wear either of these outfits tomorrow if you could.


As Colette agrees to become one of Willy’s writers, penning a series of hugely popular 'Claudine' novels based on her own experiences and then watching her husband enjoy all of the credit and success they bring, there are affairs, jealousy and, for Colette, an exploration of her sexuality. The result is an engaging depiction of gender politics, sexual politics and all manner of conflicting relationships, all of which resonate with greater vibrancy in our current age where gender inequality, prejudice and diversity are forever pressing matters.

That said, director Wash Westmoreland keeps things relatively light and frothy throughout, balancing the line between emotional stakes and engaging entertainment as playful flirtations are everywhere, affairs come and go, and some dalliances are actively encouraged. This is, after all, the sexually free and scandalous society of fin-de-siècle Paris, filled with free-thinking performers and the lusting literati.

Of course, you’d be forgiven for forgetting the film’s location, seeing as it is overtly British in every sense and no attempt is made to give the performances any suggestion of the characters’ actual nationality. In fact, there is something particularly jarring about hearing Knightley in voiceover mode speaking in English the translation of what we actually see her writing on paper in French. It is, however, an understandable compromise of sorts, having to cater for a mainstream audience, philistines and all (of which I am one, having had to Google “fin-de-siècle”, “ingénue” and “résumé” so far to find out where the accents go). 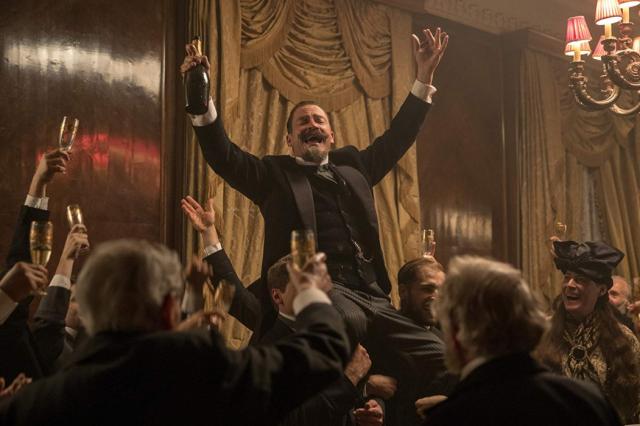 Understandable, obviously as there's no sign of an accent anywhere in the film.


Existing in some weird and wonderful no man’s land between stiff upper Britishness and wild French passion is Dominic West’s performance as Willy. He’s an immature intellectual perpetually living beyond his means who sulks when his genius is called into question, but is otherwise the toast of Paris, revelling in outrageous attention and storming tables with songs about his magnificent ‘creation’ Claudine. If it wasn’t for Knightley’s assured presence, West would easily steal the film, acting with all the eccentricity of Richard E. Grant and all the facial hair of Kenneth Branagh’s Poirot.

He is also, it seems, a commentary on critics themselves, more interested in salacious wordplay and extreme condemnation than fair and honest representations of the theatre shows he so often trashes. Early on in the film, when Colette’s parents express a desire to see La Tosca, Willy humblebrags back: “Ah, I was at the opening. I wouldn’t bother to be frank… it’s melodramatic and extremist”. To which Colette’s mother – and presumably Westmoreland – replies with a wry, knowing smile: “Maybe I’ll go and make up my own mind”.

So, in conclusion, this has been a waste of 800 words.

More:  Colette  Keira Knightley  Dominic West  Wash Westmoreland
Follow us on Twitter @The_Shiznit for more fun features, film reviews and occasional commentary on what the best type of crisps are.
We are using Patreon to cover our hosting fees. So please consider chucking a few digital pennies our way by clicking on this link. Thanks!