Review: Eurovision Song Contest: The Story of Fire Saga is low on laughs but makes a bold statement 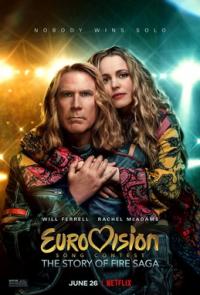 
The first surprise about Eurovision Song Contest: The Story of Fire Saga is that it's not a Will Ferrell vehicle. Not in the Blades of Glory/Talladega Nights sense anyway, even though it is of that ilk. But we'll come back to that. Ferrell is the star, of course - his hulking vulnerable manchild act the reason most people will tune in - playing wannabe Icelandic entrant Lars Erickssong (that's about the standard of joke on offer here). Opposite Ferrell is Rachel McAdams as childhood friend Sigrit Ericksdóttir, who makes up the other half of the band Fire Saga, and is equally obsessive about their Eurovision dream coming true.

Luckily for Lars and Sigrit, a conspiracy in which they're unwitting pawns puts Fire Saga on a course for the main event, as Iceland's official entry - much to the bemusement of their friends and family, including Lars's dismayed father, Erick (Pierce Brosnan). We follow the duo's journey competing on stage and behind the scenes, as a brooding romance threatens to add complications to already farcical proceedings. Based on that short description you can probably imagine the plot points already - it's a fairly rote run-through of the aspirational rom-com playbook, with the added delight of Will Ferrell in a wig. 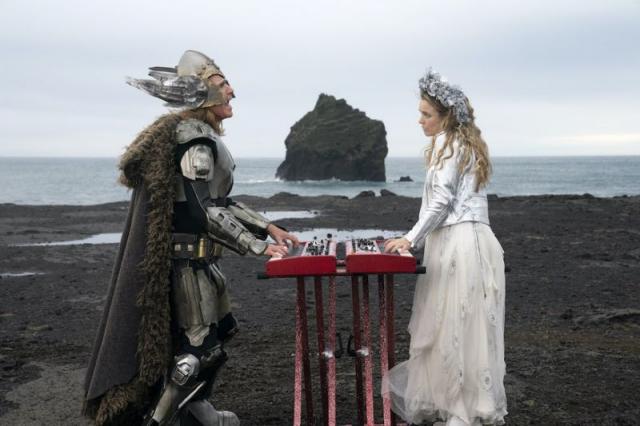 T Thor: The Popworld (references may be lost on anyone under 30)

But this high-powered Hollywood headlining belies a sense of cause that I can only describe as almost... charitable or altruistic... as if some higher purpose commanded Ferrell and McAdams to use their combined draw to get this so-so comedy made and give it the greatest chance possible. Because, surprise #2: in the best traditions of Eurovision, The Story of Fire Saga has some political points to score, and it goes in surprisingly hard.

Specifically what I'm reaching at is Dan Stevens' gay Russian character, Alexander Lemtov, openly lamenting the fact his homeland punishes homosexuality - denying him the right to simply be himself, despite also being a patriot and trying to do his country proud. Stevens is neither gay nor Russian, which may be problematic in terms of authenticity, but the point remains that the combined star power on display here is being used to highlight a human rights violation, not to mention the boost the film would have received if Eurovision had gone ahead this year. 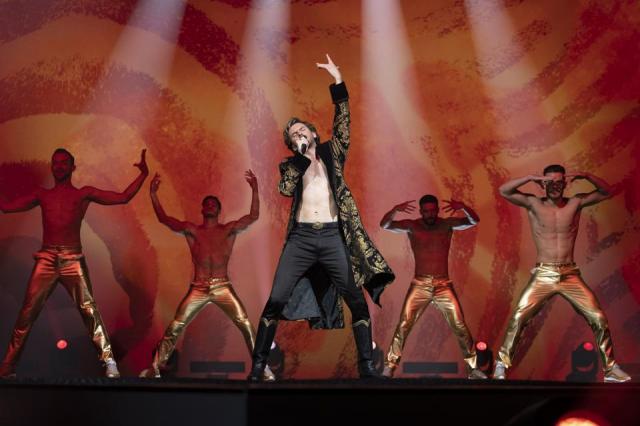 So this is the lens through which I've decided to view what on the surface appears to be a silly gag-fest about naff songs. Authoritarian attitudes aside; if you're just down to clown there are plenty of sight gags and slapstick antics to enjoy. It wouldn't be a film starring Will Ferrell if he wasn't throwing himself about in some sort of bulging leotard now really, would it. For the Eurovision hardcore there's also a helping of cameos from past contenders - representing probably the only time my partner has been the details gatekeeper, making up for years of me helpfully leaning over and explaining things in cinemas (don't worry, I'll return the favour when Tenet comes out).

Overall you'll probably have an okay time if you're not expecting too much. The beats may be familiar and more of an exercise in getting from A to B, but this is mostly about capturing the spirit of feelgood fun associated with the competition and not overthinking things - although as I tried to describe above, if you do want to overthink things there's something for that too. While not reaching the comedic heights of Ferrell or McAdam's respective careers, The Story of Fire Saga is probably as good a mainstream film as we'll ever get about the Eurovision Song Contest - which is great news because it means they'll never have to make another one.

More:  Will Ferrell  Rachel McAdams  Dan Stevens  Pierce Brosnan  David Dobkin  Andrew Steele  Eurovision
Follow us on Twitter @The_Shiznit for more fun features, film reviews and occasional commentary on what the best type of crisps are.
We are using Patreon to cover our hosting fees. So please consider chucking a few digital pennies our way by clicking on this link. Thanks!