Review: Extremely Wicked, Shockingly Evil, and Vile is none of those things 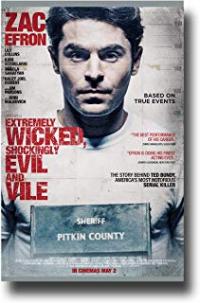 About ten years ago, when I was making my first cautious foray into screenwriting, I came up with a concept for a slasher movie with a difference. The main protagonist, you see, would be the killer, but the audience don't see him as a deranged serial murderer, they see him as a mentally disturbed person being harangued by groups of sexy young teens who keep humping each other all over his abandoned summer camp or something. It was going to be very edgy with a shocking twist with a capital 'T'. Then one day I sat down and tried to write it and realised not only was it impossible to fully conceptualise, but the concept was also, in fact, terrible. Not to worry though: looks like someone eventually made a film out of my shit idea.


This is a Ted Bundy movie with a difference - it's not your mother's Ted Bundy serial killer thriller! The concept is an intriguing one and seeks to view Bundy's crimes from the point of view of his girlfriend, Liz, who was charmed by the multiple murderer's model looks and was completely blind to his crimes. The intention here is to get inside the head of one of Bundy's living victims, and witness the circus unfold from a point of naivety. How can a man be so simultaneously evil and yet still so personable? How far will an individual go to deny a horrendous truth in the name of love?

If Extremely Wicked actually bothered to answer those questions, it'd be an interesting addition to the serial killer genre. The problem is, the movie isn't content to play dumb like Liz. It too is charmed by Bundy: while we start resolutely on the side of Lily Collins' Liz, as she is seduced by the mysterious out-of-towner, the movie quickly gets bored being a blinkered bystander and decides to have its cake and eat it too, tailing Zac Efron's Ted as he continually eludes law enforcement while insisting on his innocence.

This means no murder scenes, no victims, no gratuitous bloodspurts on Zac Efron's chiselled abs: sorry, ladies. It is a most bizarre modus operandi. In refusing to show Bundy's crimes in favour of his persuasive personality, Extremely Wicked seems to be asking viewers to share his girlfriend's headspace and question his guilt. Which would be fine, except we know he is guilty. Exceedingly guilty. Famously guilty. So guilty they made a bunch of films about him. One of which we're watching right now. So the 'did he or didn't he?' concept is a total non-starter. Maybe it'd work if it wasn't based on such a high-profile killer, and there was a modicum of mystery involved. But no. This guy was basically the Zac Efron of murdering people. 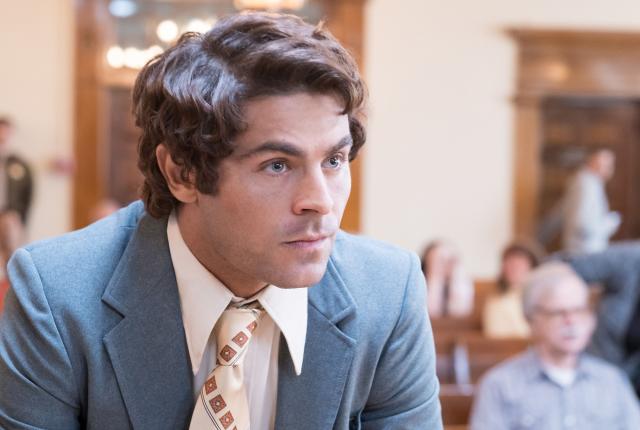 A man wearing collars that sharp should be considered dangerous.


The problem lies with director Joe Berlinger, who has produced his fill of matter-of-fact murder docs in his time, including one recent Netflix docu-series, Conversations With a Killer: The Ted Bundy Tapes. He has a very clear reason, therefore, in wanting to reframe a tale well told, but the execution is clumsy and unwarranted, coming across almost apologetic on Bundy's behalf at times, which was surely not the intention. Ordinarily you'd welcome an original take on well-worn material, but a more straightforward Hollywood narrative would have sufficed here, not only because of the frankly astonishing details of the story (complete with two prison escapes and one courtroom wedding proposal) but because Bundy himself was so desperate to be the star of his own story.

"
"
Ted Bundy was basically the Zac Efron of murdering people
It's a shame the film doesn't hold up because Zac Efron does some of his best work here, mimicking Bundy's dead-behind-the-eyes smile and smarmy patter. Often you can sense the desperation of a former child star leaning too hard into adult drama, desperate for acclaim, but Efron always felt like he had a little edge and a fair amount of darkness within him. Slap a beard and a '70s haircut on him and it's scary how much he melts into Bundy - let's just say he's unnervingly convincing as a literal ladykiller and leave it at that.

Extremely Wicked, Shockingly Evil, and Vile, for all its commas, is a schizophrenic movie which can't settle on a point of view: it doesn't know if it wants you to believe Ted Bundy or demonise him. That is problematic to say the least. It's watchable, thanks to Bundy's theatrics and Efron's charm, but it commits the cardinal sin of serial killer movies: it's utterly forgettable.

Additional observations:
- There's one mad as shit cameo right in the middle of the film by singer James Hetfield. Saying this moment took me out of the movie is an understatement: it practically bought me tickets for a Metallica concert.
- I feel like David Fincher's Zodiac has ruined all serial killer movies for me. I'll never enjoy another serial murder ever again. They've been ruined.
- They could have made this movie solely about Ted Bundy representing himself in court and it'd have been pretty neat and self-contained. It would have been less about the offences he committed and more about his ability to get himself off. The fact he was even allowed to be his own lawyer and wear a little bow-tie while sweet-talking the jury is frankly astonishing.
More:  Extremely Wicked Shockingly Evil And Vile  Joe Berlinger  Zac Efron  Lily Collins  Ted Bundy  Murder  Serial Killer
Follow us on Twitter @The_Shiznit for more fun features, film reviews and occasional commentary on what the best type of crisps are.
We are using Patreon to cover our hosting fees. So please consider chucking a few digital pennies our way by clicking on this link. Thanks!