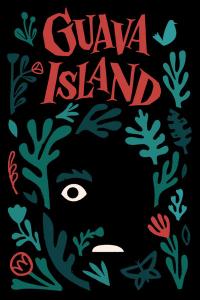 Donald Glover is a man of impossible talent and unparalleled style. At the age of just 35 he is already an accomplished actor, director, writer, singer and producer - both on TV and in the music world. So acclaimed is he, there is a lengthy Wikipedia page dedicated purely to his many awards and nominations in the arts. He is politically aware, incorporating challenging satire into his work, and often performs in aid of charities and causes. He has 2.43 million Twitter followers despite never having Tweeted. He was the only logical choice to play Lando Calrissian, the coolest man in the galaxy, in the Han Solo movie because he is in fact the coolest man in the universe. His entire being is infectious and we as a species should be thanking fortune, serendipity, providence, or whatever deity you believe controls time and space, that we are all alive under the same sky - a sky from which the stars look down upon him to learn how to shine. Yes, yes that's much better than my original opener: 'if Get Out was real I would save up for the guy who plays Troy in Community'.


How do you do, fellow kids. It's me, an average white man approaching his forties in comfortable surroundings, here to review a film about the struggles of a talented young Cuban musician. I guess if we're going to get all 'introspective guilt' about it there are a bunch of questions regarding how to review unrelatable films that instantly invalidates half of all cultural commentary, leaving just the fair and balanced opinions of those with skin in the game - a bit like if Malcolm X got hold of the Infinity Gauntlet but also moonlighted as editor for The Sunday Times. As if I wasn't turning into dust enough already.

Guava Island premiered recently at the Coachella Festival where its star Donald Glover was performing as his rap/trap/hip-hop/R&B act Childish Gambino, and at the same time for a limited period free on Amazon Prime, which is where I managed to catch it from the familiar rut on my sofa a few hours before it was due to become a paid rental. By coincidence I was home alone that night so allowed to stay up a bit later and watch whatever I wanted, so I put the kettle on and went for it. This is the most Jack Bauer thing I have ever done. 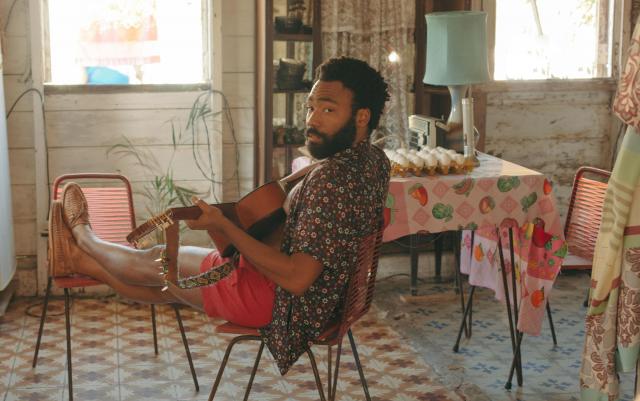 He'll wear that table cloth next. And he'll pull it off.


The first thing you notice about Guava Island is director Hiro Murai's decision to film in 4:3 - which should be a red flag for aesthetics ahead, but it actually adds an authentic touristy feel, with the camera bobbing up and down as it guides us around the colourful, overgrown sights of Cuba. This rundown locale is home to Deni Maroon (Donald Glover), a local musician and factory worker, and his muse Kofi Novia (Rihanna), who works as a seamstress. Both live the typical lives expected of the islanders, but Deni wants to take his musical gift further by organising a concert to share his talents and spread some joy.

Deni's menacing boss, Red Cargo (Nonso Anozie), has other plans, fearing the concert will interrupt the flow of work or worse, give his workers thoughts above their stations, so sets about sabotaging the gig - but not before giving Deni some stark warnings about what will happen if he disobeys him. This leaves Deni with a choice: play the gig and suffer the consequences, in turn showing the overbearing wagemasters who control the island they don't hold as much sway as they believe, or call it off and go back to his humdrum life [of being Rihanna's boyfriend].

As a final aside; there's an interesting parallel between Guava Island and Jordan Peele's dopplelganger horror Us. Both feature a cast of prominent black actors, but neither film is explicitly stated as about race. Rather, their shared DNA is in declaring themselves American: Us through Lupita Nyong'o's twisted antagonist goading her double about their origins, and Guava Island in its use of Glover's Childish Gambino track This Is America - which upon release ran with a provocative video about US gun violence but is put to use here as a cautionary tale highlighting the opportunities available for anyone ruthless enough to take advantage of their fellow people. I feel like someone needs to check in on America, make sure everything's alright.

More:  Donald Glover  Rihanna  Nonso Anozie  Letitia Wright  Hiro Murai  Stephen Glover
Follow us on Twitter @The_Shiznit for more fun features, film reviews and occasional commentary on what the best type of crisps are.
We are using Patreon to cover our hosting fees. So please consider chucking a few digital pennies our way by clicking on this link. Thanks!