Best of all the animals?

Review: Horse Girl opts for style over substance, but it's a close-run race 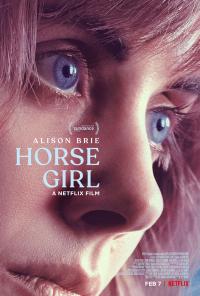 If making lots of one thing is an objective measure of goodness, then Netflix are really good at these thrillers where the protagonist is having a tough time clinging on to reality. Yes I know sometimes they just buy the distribution righ- ...hang on, this is my intro to Earthquake Bird. Ok, well as broadly similar as Horse Girl is to all those other films, there are a few things setting it apart worth talking about. So let's saddle up pardner and giddy on up to the re-he-view! *yeehaws on chair in Costa, falls off, breaks pensioner's hip*


Horse Girl is a very sad film about mental illness, that maybe misses the mark a little in its handling of such a delicate subject. But then again it was written by Alison Brie and produced by Mark and Jay Duplass, so if it didn't have a quirky sense of unease we'd be disappointed, especially as the trailer hints at time slips, alien abductions, cloning, and other such mysterious goings-on. That's not to say none of that occurs - we, the viewer, definitely see it - but being also concerned with brain disorders it's a given there'll be an attempt at some ambiguity, and depending on which side of that you fall it might leave a sour taste.

Alison Brie plays Sarah, a lonely young woman who works in a craft shop alongside Joan (Molly Shannon), still grieving the death of her mother a year earlier and subsequently becoming a bit of a shut-in. Sarah has an addictive personality, evidenced by her binge-watching a Supernatural-style TV show as a sort of coping mechanism, and becoming obsessed with a photo of her grandmother which looks almost identical to her, convinced they're clones as she tries to make a series of strange dreams and occurrences add up. 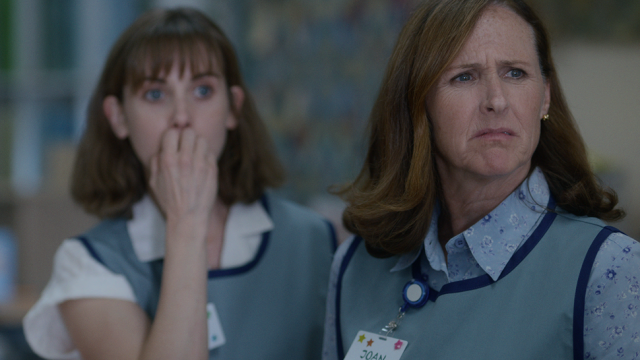 
To help Sarah get out of this funk her worried housemate, Nikki (Debby Ryan), arranges a date with Darren (John Reynolds). The pair get on well being similarly goofy sorts, and it seems like romance is on the cards, until Sarah's behaviour spirals out of control and she winds up in a psychiatric hospital where her experiences increase in intensity and strangeness, slowly overlapping with what she believes to be the real world until one is indistinguishable from the other. But is this all in Sarah's head, or could there be something paranormal going on? Well, we're kind of given the answer, and then what we're told suddenly switches again in a frustratingly handled reversal.

The main problem with Sarah's experiences - that possible bad taste I mentioned - is how quickly her mental breakdown occurs. We go from fairly normal kookie obsessive to fully-blown bonkers Ancient Aliens-type conspiracy accusations in what feels like too short a space of time to be believable. Of course there's always the off-chance the visitations (by creepy long-fingered shadowy greys in case you were after a new nightmare image to haunt you in your sleep) are actually happening, exacerbating Sarah's downward slide, but the possibility never quite gels with what we know about her past trauma. 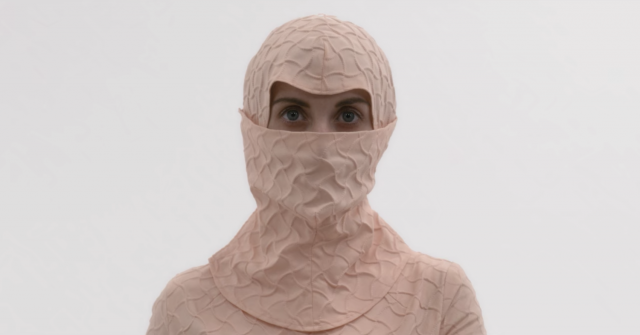 
Things works best when the film runs with the weirdness - managing to capture that sought after David Lynch 'Peaks bizarre' of strange things happening to small people, but crucially never coming off as derivative as so many other efforts do. Director Jeff Baena has crafted some clever and memorable imagery of his own, weaving scenes together to illustrate Sarah's loosening grip on people, places and events. Although this comes secondary to whether they should have melded these elements together in the first place, and there's a - excuse the pun - nagging feeling they shouldn't have.

Horse Girl fits into the Duplassiverse alongside another X Files-ish entry, Safety Not Included - although if this were The X Files it would be one of the serious episodes where Scully spends the whole time in a hospital bed and Mulder doesn't shave for a week. I'm also reminded of a couple of personal favourites: Fire in the Sky and The Mothman Prophecies, both of which dealt with phenomenons that could be attributed to human flaws and attempted to balance the possibilities in an ambiguous way. But even with that in mind I can't help thinking less ambiguity would have helped in this case.

More:  Alison Brie  Debby Ryan  John Reynolds  Molly Shannon  John Ortiz  Paul Reiser  Jeff Baena  Netflix
Follow us on Twitter @The_Shiznit for more fun features, film reviews and occasional commentary on what the best type of crisps are.
We are using Patreon to cover our hosting fees. So please consider chucking a few digital pennies our way by clicking on this link. Thanks!