Review: Hubie Halloween is a sorry excuse for a film, but don't expect an apology 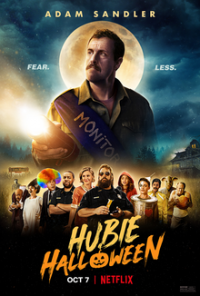 It was cruel, really - to give us a glimpse of an oft-quoted character from Adam Sandler's greatest creation, Happy Gilmore, and then to undo any hint a comedy of that calibre would be in store mere seconds later when the funny voices and scat humour kicked in. And this is a film obsessed with scat: farts, poo, piss, it's got it all. Which is apt, because I've never seen anything go to shit as quickly as Hubie Halloween.


Adam Sandler is back in his latest screen atrocity, bringing with him the usual crew - Kevin James, Rob Schneider, Steve Buscemi - and also taking down with him Ray Liotta and Maya Rudolph, who I hope recover from whatever unfortunate circumstances led to them appearing here. It's the same old Sandler schtick: small town loser with some sort of cognitive or social deficiency overcoming small-minded bullies, getting the childhood sweetheart, everyone learns a heartwarming lesson at the end.

Which would all be very noble, if your foundations weren't annoying false accents and the sort of irony a child would roll their eyes at. But this isn't just bad dad jokes; it's actively uninventive, opting for stupid noises or pratfalls instead of trying to write a well-rounded gag. In the worst examples we're encouraged to laugh at things that are opposites, just because. Take a Shaquille O'Neal cameo where his wife walks in and she's short, old and has a manly voice - we're meant to laugh at them for being different, and then empathise with Hubie for the same thing. 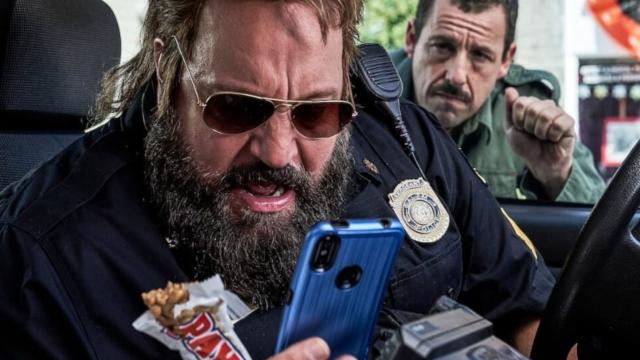 This shortsighted mean-spiritedness is the cornerstone of Sandler's career: giving us characters who are genuinely sympathetic, getting us to side with them, and then goading us to laugh at others behind some gross masquerade that only the "weirdo" protagonist deserves empathy. It's an ugly paradox that can be untangled quite easily by realising this is lowest common denominator fruit grabbing purposefully - and I'd argue cynically - disguised as acceptable schmaltz.

When you consider a film like Borat, with its over the top racial stereotypes and puerile shenanigans, you might see some similarities. But those parallels are actually a handy masterclass in correctly wielding bad taste. The point is to examine your own reaction to Borat's behaviour - it's an exposé that subverts the ridiculousness by incorporating you in it, and never just an excuse to point and laugh, because you know you're really pointing at yourself. That guilt you feel laughing during Borat? That's your conscience talking, and it's a good sign because it means you're engaged in critical thinking, even if you don't realise it.

Hubie Halloween prompts no such reaction because it lacks any understanding of what it takes to reach that far into your brain, and as such remains surface level cultural debris with a stealth layer of cuntishness. The real tragedy is Sandler can do better than this, but seems to have lost the will to match the warmth of his earlier hits such as Happy Gilmore and Little Nicky. Not that it matters - his films do numbers on Netflix, so it seems any incentive to do better is non-existent, and any hope audiences will give this drivel a wide berth is lost. We're all on a never-ending spiral to the bottom, lads, weyyy. 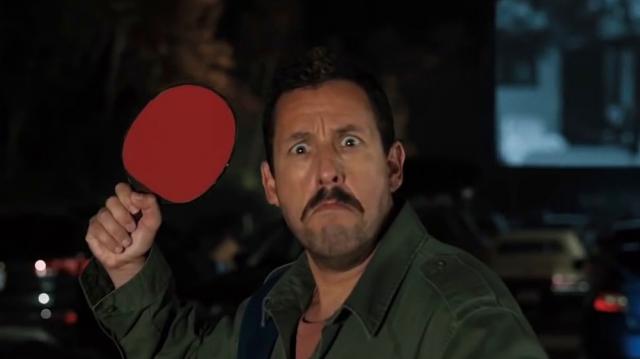 Looks like Hubie is up shit creek *with* a paddle, haha!

In terms of story it's about as lazy as the jokes. Hubie Dubois (Sandler) has to deal with a series of disappearances in the town of Salem, where he's the designated Halloween street monitor. The people vanishing are the bullies who have tormented Hubie over the years, so the suspects are lined up, until the finger is pointed at Hubie himself and he has to prove his innocence - a bit like Murder Mystery but without the murder. Along the way there's a will-they, won't-they romance subplot with childhood crush Violet Valentine (Julie Bowen), otherwise the film would probably have been 60 minutes long.

I do honestly hate having to rag on Adam Sandler. Happy Gilmore brings back fond memories of watching and sharing the VHS tape with friends, and we still quote it to this day. Little did anyone know the form displayed there would grow and morph into the shouty, vulgar, nuance-free, humour-devoid monstrosities we get from Sandler's Happy Madison production company today. But where do you lay the blame: Sandler? Audiences? The Economy? Maybe it's a little bit of everything and we'll just have to ride it out until interests start to wane, or, until Sandler frees himself from the infantile rut he's become stuck in.