Storm time coming to you today?

Review: Hurricane is cheap as chips but rises above to tell a stirring tale 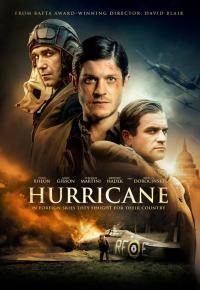 "Chaos with Ed Miliband or stability with me" David Cameron declared in 2015, before quitting and plunging the country into a turmoil the two Prime Ministers since have managed to somehow make worse. But despite austerity measures and fox hunting and all the other cartoonishly cruel Tory pursuits, nothing compares to the completely avoidable damage leaving the European Union is going to wreak. Food and medicine supplies interrupted; regions of industry due to be decimated; the Pound Sterling crippled - all because of vain grabs for glory by power-hungry millionaires who got lucky that enough people on Facebook could be convinced the Romanian brickie down the street was the root cause of all their problems, and not the hereditary bankers with secret offshore accounts waiting to stiff their fellow countryfolk. But the harm is done, and we can never go back to a time when Sunday dinner wasn't a simmering saucepan of gritted teeth pleasantries, ready to boil over as you ask your freshly emboldened racist aunt to please pass the bloody swede. Well I wish we could find a way to project Hurricane onto the White Cliffs of Dover and force all the gullible idiots who voted for Brexit to watch it, not least because to do so they'd have to GET IN THE FUCKING SEA.


Hurricane has been on Netflix for a while now. I wasn't originally planning to watch it, but it's one of those ones if they push it long enough you'll eventually cave in on a rainy weekday night home alone. Reek from Game of Thrones in a plane though, right?! It isn't a great film. It may not even be a good film. But its heart is in the right place and it's got something to say about the state of the UK today which, despite the broad brush stroke characterisations and wonky effects, is worth listening to. Or watching, rather. It's a film.

The film relates the real-life heroics and experiences of a Second World War fighter group based in England comprised of Polish and Czech pilots; refugees from their Nazi-occupied homelands who also happen to be a dab hand in the cockpit. They're an unruly, emotional lot, however, and it's going to take some good old fashioned British Forces stiff upper lipped discipline to prepare them for the skies over the English Channel, and a little event known as The Battle of Britain. 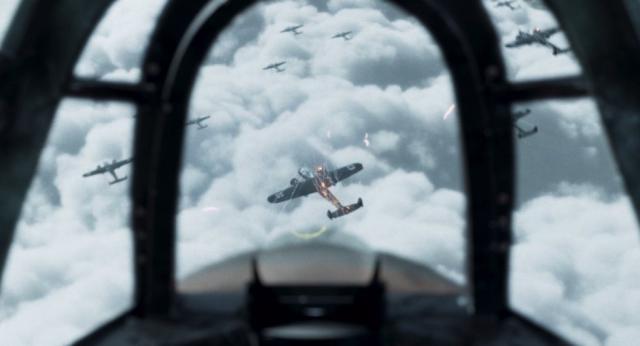 
That's if they can stop fighting bigotry in the country they're temporarily calling home long enough to hop in a plane and go give Jerry a damn good hiding. Sorry, WW2 stuff brings out the jolly old chap in me. Probably something to do with being over-exposed to 'Allo 'Allo as a child. Leading the cast is Iwan Rheon, playing actual Polish fighter ace Jan Zumbach. Jan is an affable sort, ready with a joke and a smile, and has a mop of hair you just want to tussle. More handily he speaks English so assumes the role of translator between the men and their frustrated commanding officers.

"
"
the cast all do fine jobs with material that is more than a little on the nose
Flying alongside Jan are Witold Urbanowicz (Marcin Dorociński), Josef František (Kryštof Hádek) and Zdzisław Henneberg (Christopher Jaciow) - also based on real-life pilots, with Wikipedia pages and everything. Representing Blighty is Phyllis Lambert (Stefanie Martini), who does that thing pushing blocks around on a big map with a stick, and acts as a love interest to anyone with a shadow. Phyllis is one stop short of 'tart with a heart' but thankfully it's not one of *those* films - avoiding lazy sexism, and even giving Phyllis a moment of glory. I don't think Phyllis was based on a real person, despite her romantic involvement with our hero pilots, but the film makes no bones about being a fictionalised version of events for dramatic effect. She doesn't have a Wikipedia page, let's put it that way.

To their credit the cast all do fine jobs with material that is more than a little on the nose, and David Blair directs well enough, handling a large ensemble with their various tangents as well as getting across the confusion, chaos and horror of battle in the air. Sure the effects are a little 'Friday Night Dean Cain SyFy Movie', but that's easily forgotten when the groundwork has been done making you actually care about the person in a CGI asset about to be awkwardly composited with the floor. 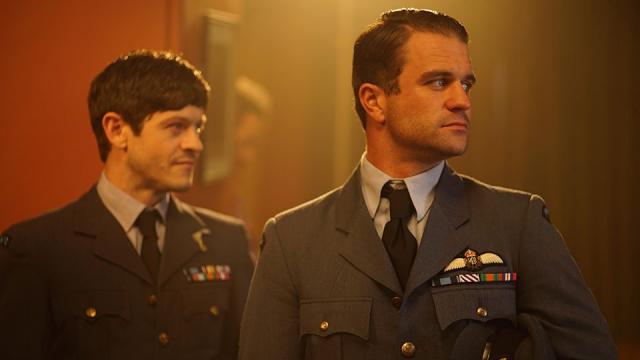 Once you realise this is Mel Gibson's son, you can't un-realise it.


Ironically this is where Hurricane succeeds the most: death - or sacrifice, given the odds of survival pilots faced - reminds us of the price paid by many to protect the freedoms of people no matter their nationality. This point is driven home as the lads begin to fraternise with the locals, finding they don't take kindly to strangers round these parts and getting into scrapes - which in the best English spirit are resolved with a few polite handshakes and a pint. They're not so different to you and I, you see, these chaps from Eastern Europe.

It's tempting to label Hurricane as a Poundland Dunkirk, arriving in the wake of that film and so soon after the renewed interest in all things 1940-ish due to the 75th anniversary of the pivotal events of that year. While it doesn't have the horizon-spanning scale or A-list cast of Nolan's effort, it does deliver where it matters: creating a sympathetic and not-too-cheesy account that is fictionalised just enough to be sufficiently patriotically rousing, but not so much that it strays into patronising unbelievability.

But if you do find your credulity stretched by the idea of foreigners coming over here, winning our battles, protecting our freedoms and democracy, then why not ask your middle-aged relatives what they did during a war that ended over 75 years ago at the next Sunday roast. They seem to think they were there.

More:  Iwan Rheon  Stefanie Martini  Marcin Dorociski  Krytof Hdek  Christopher Jaciow  Milo Gibson  David Blair  Netflix
Follow us on Twitter @The_Shiznit for more fun features, film reviews and occasional commentary on what the best type of crisps are.
We are using Patreon to cover our hosting fees. So please consider chucking a few digital pennies our way by clicking on this link. Thanks!