Review: I Am Mother wears its influences on whatever robots have instead of sleeves 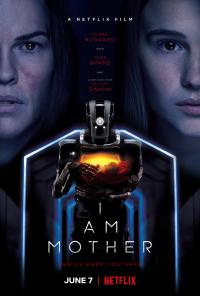 Once again I find myself pondering the meaning of life in a Greggs. I like the way the servers don't indulge in the folly that producing coffee is a lengthy, complex task. They turn around, press a button, and 15-20 seconds later a cup is plonked on the counter. That's not to badmouth the baristas of other chains - I'm sure there's a skill to what they do - but the process is needlessly prolonged with steam bursts and putting bendy tubes in milk cartons. The staff of Greggs understand the purpose of my visit and their role in it as facilitators of quick hot brown slop. To extrapolate that to its only logical conclusion, we can ascertain that they value above all the one thing that binds human existence and has led to this exact moment we are all experiencing in unison: time. It's 8am and already it has been a big day.


Time can't be seen or felt. We can't jump forwards and we can't go back. We just 'are', and what we are is the result of everything that has gone before. So if for some reason we had to start again from scratch, how would we know which course to take to ensure we ended up with the same set of morals and ethics that make us what we are today? Would we even want to be the same? If we had a chance to eradicate the more problematic parts of human nature would it be prudent to do so?

Is to be a human such a precious and profound privilege that we should preserve our species at all costs, even if this means taking another human life? Is there an arrogance in the presumption that humanity is so worth preserving that we would invent another life form whose sole function is to revive us at some future juncture? This is the general sphere of questions posed by I Am Mother, in which a robot has seen 2001: A Space Odyssey too many times. 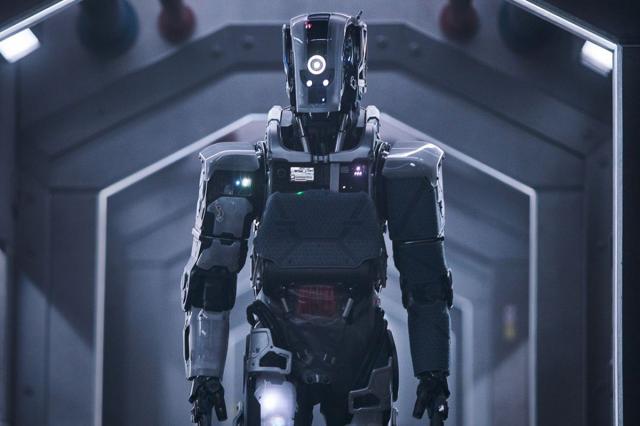 
Back in 1968 Kubrick and Clarke foresaw how technology would be pivotal in the next advancement of humankind, even if the technology was still a bit glitchy. But as terrifying as HAL's breakdown was for the humans on board the space station, the outlook was still a Utopian vision of luxury space travel and hopefulness, brought about by developments in computing and artificial intelligence. Over half a century later and many of the innovations guessed at are now taken for granted. But where has the hope gone?

The obvious explanation is to put on a random news channel at any given moment and... yer. It's not a pretty picture. Which is probably why when someone thinks up with a movie idea these days the first thing that comes to mind is an apocalyptic scenario resulting in the end of the human race. Film held up as a mirror to the world, that sort of thing. But that would be punching down, when what we really need is some positivity. This is where I Am Mother distinguishes itself - bypassing doomsday to what happens in the aftermath, and how we come back.

We first meet Mother - a robot (voiced by Rose Byrne) tasked with growing human embryos in order to repopulate the planet - soon after her activation. Mother makes the decision to grow a child, named only Daughter (Clara Rugaard), to help prepare for the eventual day when she will have harvested enough embryos to fulfil her purpose. Daughter grows and learns about humans, the planet, and right and wrong - all according to Mother's teachings - until she becomes curious about the outside world and disobeys Mother's instructions not to leave their secure bunker. This is when we run into Woman (Hilary Swank, channelling Ellen Ripley via Sarah Connor), an apparent survivor. Awkward much. 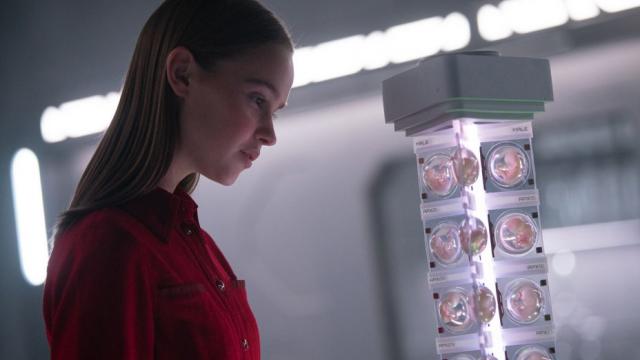 Just think, the next Backstreet Boys could be floating in there


So you can see where this is heading: questions about life, truth, agendas, compounded by the fact a robot may be making up some truths of its own to keep a status quo it sees as ideal to carry out their roles. Daughter, questioning authority for the first time, has to make some difficult choices - the sort only a human would have difficulty making. Sputore and Lloyd Green have crafted a fascinating debut feature that manages to fold an interesting idea into a box shaped like 2001, Bladerunner, Alien - the visual and audio references keep on coming, which is a neat enough trick and shows off Sputore's competency behind the camera, but does end up becoming slightly jarring.

I've noticed a habit recently for filmmakers to reference their influences with the subtlety of Andre the Giant trying to crack an egg with a hammer. There's no real harm in it - just the worry that when so much time is spent lifting iconic imagery wholesale, nobody is creating original iconic images of their own. This grates more in science fiction, where originality signifies quality storytelling and writing imbued with the heady ideas that give the genre its uniqueness as a future-facing lens, often cautionary.

I Am Mother bucks this trend somewhat by posing some big questions about humanity that go beyond what you see on the screen, and probably would have been strong enough to stand on their own two legs without the need to riff off the sci-fi classics of yesteryear. But that's not a real complaint, just being spoilt. Sputore and Lloyd Green's achievement hints at bigger things to come - if only among the questions about origins and loyalties and self found here they'd forged an identity of their own.

More:  Rose Byrne  Clara Rugaard  Hilary Swank  Grant Sputore  Michael Lloyd Green  Netflix
Follow us on Twitter @The_Shiznit for more fun features, film reviews and occasional commentary on what the best type of crisps are.
We are using Patreon to cover our hosting fees. So please consider chucking a few digital pennies our way by clicking on this link. Thanks!