Review: It Chapter Two is a great bookend, but where's the tl;dr version? 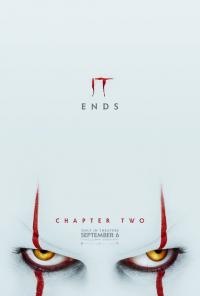 2017’s It was such a huge success that it has reignited not only a demand for more Stephen King adaptations, but also a desire for high quality scares again. But there’s a downside to being the highest grossing horror film of all time - and I’m not talking about Pennywise making it harder for real-life clowns like Bongo Bonzo And Catty Watty Boom Boom (both local to me - I searched the directory) to find work. No, the downside is that, for this follow-up, the filmmaking team appear to have been left more unchecked. This sequel is far longer than it needs to be, far funnier than it makes sense to be and filled with so many meme-worthy visuals that it seems to have been made purely for Twitter retorts. In short, it’s an overlong carnival for the senses, and that’s in addition to Pennywise continuing to give clowns like Bongo Bonzo and Catty Watty a bad name.


The plus side is, It is a genuine phenomenon for the genre. Not just a clever concept that spawned a franchise of diminishing returns, the story feels borne out of character, rich in nostalgia and filled with relatable relationships. The result is a follow-up that has attracted high-calibre talent for a better quality film, and that’s unheard of for horror. Imagine if Saw 2 suddenly had a cast of A-listers. Or Final Destination 5 (yes, there were five of them).

Part of the credit has to be given to the canny casting. In this second chapter, the Losers Club are comprised of seven members who are every bit the adult version of their original child actors, and not just in appearance, but in tracking realistic character growth too. Jessica Chastain plays Beverley, formerly the rebel teen girl regularly abused by her father and now a timid woman who starts the film in a new abusive relationship, clearly in a torrid cycle of psychological trauma. Meanwhile Bill Hader is perfectly cast as Richie, the grown-up version of Finn Wolfhard’s loudmouth doucheboy, who is now a successful comedian with confidence issues. And James McAvoy is the club’s leader Bill, now a Stephen King surrogate; a horror writer subject to repeated criticism whose stutter returns when confronted once again with Derry’s sewer dweller. 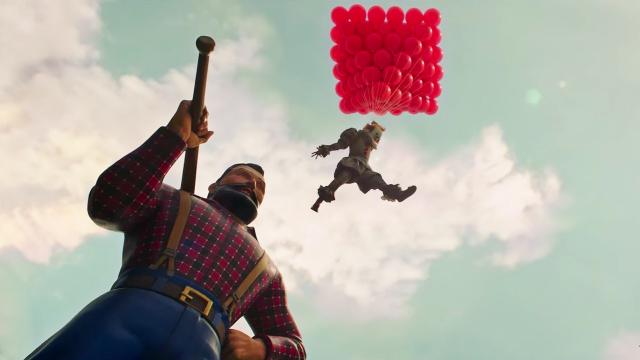 Still not as traumatic as Up.

"
"
In trying to dispatch our heroes, it seems Pennywise is attempting to give them a death of a thousand gifs
The plot sees the group return to their home town with only a vague recollection of what happened before, when it becomes clear that Pennywise is back in action. While the first film dealt with childhood bullying and camaraderie, this one is strongest when exploring the estrangement of the friendships now. With frequent flashbacks filling in some gaps that went unseen in It, It Chapter Two shows us the gang reconnecting, rediscovering the dynamic previously lost to both the supernatural confines of Derry and to them simply passing over a threshold into adulthood. If the first film at times felt like Stand By Me, this sequel feels dedicated to the same sentiment expressed in Gordie’s speech at its end. No one has friends like the ones they had when they were twelve, and this group are just realising it.

It’s a shame, then, that the film often ditches these themes to rack up a tally of scares instead, particularly when it does so in such structurally contrived ways. It’s understandable that this sequel would introduce the characters separately, in turn, but when its entire middle act is dedicated to them episodically finding their own ‘artefacts’ and confronting Pennywise in some horrible guise, it does the rest of the film a disservice. At this point, the cohesive story dissolves into merely a series of horror vignettes that appear to serve no other purpose than to show off a variety of twisted visuals from the writers and effects department. 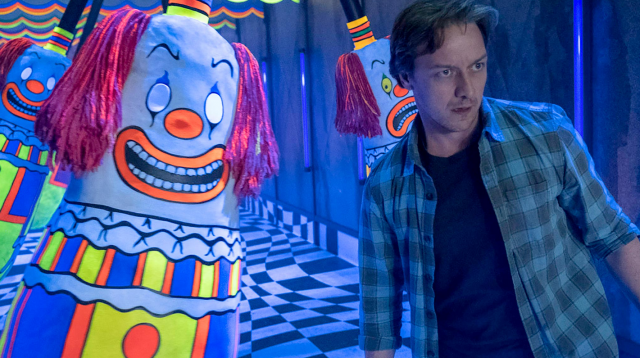 
Even this, however, is nothing compared with the final showdown with Pennywise himself, a sequence that lasts so long, it removes all sense of climax. Instead, the final act is stuffed full of creepy monster happenings – horrifying physical distortions and super-sinister attacks that all work together to lose any impact they might have individually and instead simply create the overall effect of rapid-fire memes. In trying to dispatch our heroes, it seems Pennywise is attempting to give them a death of a thousand gifs.

A few other tonal choices give rise to further questioning, for example it’s easier to understand how Richie could make jokes when faced with Pennywise as a kid, but as an adult who truly understands the horrors and the stakes, his glibness seems implausible. But, in detracting from what is otherwise a bold, complex and brilliantly unsettling movie, nothing compares to the fact that it is just too long. At nearly three hours, Pennywise – horror’s new (old) icon of fear – already feels like he is outstaying his welcome on the screen.

All of which, is actually good news for the likes of Bongo Bonzo and Catty Watty Boom Boom, who can presumably start raking it in again if they would just be willing to make a few changes to their act and charge by the hour.

More:  It  Stephen King  Jessica Chastain  James McAvoy  Bill Skarsgard  Pennywise  Horror
Follow us on Twitter @The_Shiznit for more fun features, film reviews and occasional commentary on what the best type of crisps are.
We are using Patreon to cover our hosting fees. So please consider chucking a few digital pennies our way by clicking on this link. Thanks!