Review: Joker discovers the magical art of not giving a f*ck 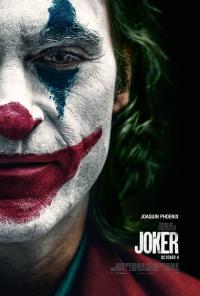 To be honest, I had every intention of getting this review done as soon as I’d watched the film on Friday, but then I got distracted by Untitled Goose Game and the rest of the weekend was a bit of a waterfowl blur, to be honest. My waking hours were mainly spent terrorising a small, English village, checking off my to-do list before I grew bored and wanted to fuck shit up, just for the sake of it. I stole goods from a small business and planted them in a man’s garden to frame him for theft for pure lols. I trapped the boy in the garage over and over again, because I thought he was was weak and he didn’t like my honking. Unbound by societal demands, I was liberated; I was free. The poor inhabitants of the village had done nothing to deserve my feathery reign of terror, other than they didn’t like me and therefore, I didn’t like them. By the end of the weekend, had even one villager shown just a morsel of kindness toward me (a piece of bread, perhaps), I would have just honked in their stupid faces, and continued to destroy everything they hold dear. I didn’t set out to be the figurehead of the goose rebellion; they made me that way. Throughout the ages, village elders will tell tales of "The Goose That Hid in a Box, Then Jumped Out and Scared the Lady.” In the early hours of the morning with no more worlds left to conquer, I closed my laptop and remembered I said I was going to do a write-up of Joker, about a marginalised character on the fringes of society who adopts an alter-ego in a downward spiral, and I realised my story had already been told, except it was filmed a lot better and had Joaquin Phoenix in it and not so many geese.


Joker is not a goose. He is just a sad clown. Arthur Fleck (Joaquin Phoenix) is one of those guys you see around all the time, but never really see: all greasy hair, gaunt face and an inability to connect with anyone and anything, no matter how hard he tries. He was probably the odd kid at your school, who smelled a bit and would sometimes turn up to class with bruises on his face. He’s the one you don’t want to get stuck talking to in the office kitchen, because he’s got a slightly inappropriate screen-saver on his desktop and keeps inviting you to go and see his stand-up. We see Arthur and his attempts to join in - all he wants to do we’re told, is to make people laugh - and how society just doesn’t want him to. Aside from his shambolic appearance and questionable choice of props (he takes a gun to a job as a clown for hire at a children’s hospital), a neurological condition forces him into bouts of uncontrollable laughter, a cruel manifestation of his internal screams when things are awkward or uncomfortable, which makes blending in almost impossible.

Stuck in the system for the best part of his life, Fleck is pushed further to the sides as the system decides it now has no time for him, with his only support from mental health services stripped away as corrupt officials climb to power and Gotham city starts to crumble, complete with super rats scurrying around amongst the piles of rubbish. It’s 1981 and the rich are getting richer and actively making fun of the poor. His only refuge is watching his favourite TV shows with his bed-bound mother, (Frances Conroy) and making shy small talk with his neighbour (Zazie Beetz). One programme in particular, a late-night talk show hosted by Murray Franklin (Robert De Niro) allows Fleck to indulge his fantasies of being accepted without having to do anything other than be himself, imagining being interviewed by his hero and applauded by the crowd. 
You may have noticed that so far, I’ve managed to not mention anything about Batman, DC or comic books. To say that Todd Phillips has managed to reinvent the whole idea of a comic-book movie is a bit of a stretch, but Joker is so removed from anything of this ilk that’s come before. Although there are the DC touchstones which most will be familiar with, Phillips makes the wise choice to move away from any source material and establish an origin story that’s free from the shackles of a fanatical base quick to point out which insignificant details he had got wrong. Here is a character study, where who the protagonist eventually becomes is secondary to the journey of how he got there. Remove the references to Arkham Asylum and Bruce Wayne’s dad, and it would still hit just as hard.

"
"
Remove the references to Arkham Asylum and Bruce Wayne’s dad, and it would still hit just as hard
Following an incident on the subway late one night with some city broskis, Fleck is set upon his unstable path towards becoming the Clown Prince of Crime. Perhaps as another origin story, a character such as Fleck would have been seen as the vigilante hero, as he inadvertently prevents another potential crime from happening and removes some douchebags from the planet, but his actions spiral out of control and we see it for what it is: cold-blooded murder. Beneath his vulnerable layers, Fleck's latent violence easily bubbles to the surface.

As heated protests spread throughout the city, his accidental choice of victims are picked up on by the press as a political statement, and so an anti-capitalist movement is born with Fleck its unwitting figurehead. It's here that things start to finally fall into a dark and twisted place. Imbued with a new sense of confidence, Arthur doesn't slink through life as now twirl and dance his way through it. He pursues his softly-spoken neighbour (Beetz) and is then unexpectedly invited onto Murray Franklin’s show, with all he ever wanted within his grasp. But as his crime threatens to creep up on him, it becomes clear Arthur’s been pushed a bit too far as he all too readily sheds any threads of compassion for those around him. Even if you have a flicker of empathy for him, it's clear any such feeling is misplaced. 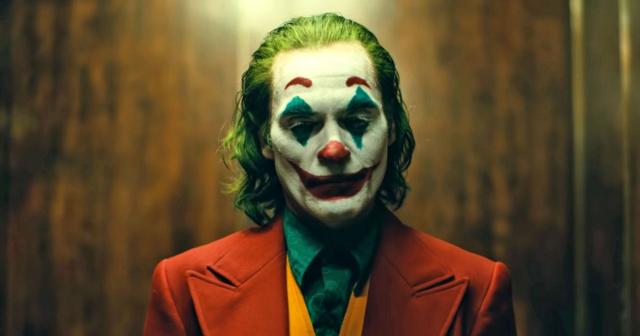 Category is: Existential Gloom, But Make It Fashion


Phillips has made no secret of the influence of Martin Scorsese's King of Comedy on his film, not least casting De Niro in a role reversal as the Jerry Lewis character to Phoenix’s Pupkin, but also in its the gritty setting, with a bleak and grimy Gotham standing in for 1970s New York. Putting his comments about “woke” comedy firmly in the bin, Phillips is to be applauded for managing to make the leap from juvenile comedies to a bold reinvention of an iconic comic-book character, raging at the machine that can turn a man into a monster. Who would have thought that the director of Due Date would be able to produce such a startling look at the human condition?

Undoubtedly though, this is Phoenix’s film and he inhabits Arthur/Joker inside out - almost uncomfortably so. This is intensity in ten cities level of acting: Phoenix digs deep to give an incredibly ferocious physical performance, bony and flailing as he tries to find hope but only sinks further into the darkness. He’s not just a villain, he’s a mistake that could have been avoided if anyone had cared enough to listen. There’s no no zany vat of chemicals that trigger his transformation, just a slow burn into not giving a fuck any more.

Given the current climate, some may say that Joker could easily become a figurehead in itself for outsiders who also feel they've been maligned by society, but any disenfranchised youth will always look for their anti-hero, from Travis Bickle all the way back to Holden Caulfield. Like death and taxes, one thing we all know for certain is that some Edgy Shit Lord will always try and find justification for posting racist and sexist memes complaining about "free speech", when Joker dives a lot deeper than this.

Free from any expectations, both Joker the character, and Joker the film, can be whoever and whatever they want and it's liberating and refreshing whilst at the same time being starkly bleak. Honk if you want to see the world burn, because this Joker is wild.

Additional observations
- If I'm going to come down on anything though, it's Phillip's thinking we'll happily believe that the Wall Street slimeballs Fleck dispatches of are massive fans of A Little Night Music and know all the verses to Stephen Sondheim's "Send In The Clowns", but maybe that's my own prejudices coming through.
- Also, there's a big question mark over using a Gary Glitter song on the soundtrack, but I don't think I really want to pull at that thread.

More:  Joker  Todd Phillips  Joaquin Phoenix  DC  Batman
Follow us on Twitter @The_Shiznit for more fun features, film reviews and occasional commentary on what the best type of crisps are.
We are using Patreon to cover our hosting fees. So please consider chucking a few digital pennies our way by clicking on this link. Thanks!