Review: Knock Down The House captures the highs and lows of hope 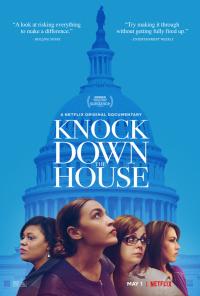 How can it be that every week feels like the series finale of America? The dumpster fire of Donald Trump's presidency that has engulfed our lives and timelines since 2016 can't be good for the collective psyche, and it's strange to think that a mere three years ago this constant gnashing background noise wasn't the norm. But US politics has measures in place to course-correct, namely a series of midterm elections whereby successful candidates can win a Senate seat, thus increasing their party's reach within Congress. At least that's what I understand from Wikipedia. I live in England, where we bow to whoever has the tallest top hat or the fanciest swan. Before today everything I knew about the American political system I learnt from The Simpsons.


Some people just have it - 'it' being the ability to speak without mumbling, combined with an agreeable face or a wilfully forceful personality. We lend a greater amount of trust to these people which affords them greater agency over us, but that doesn't mean they've got our backs in return. If recent history has proven anything it's that power can easily be abused for nefarious gain: Russian bots making your uncle share racist memes on Facebook; Brexit, with the lies upon lies to make blushed hams richer; and most grossly of all Donald Trump's tenure in the White House, which is revealing itself to be a self-enriching long con so riddled with deceit the entire media landscape has turned itself inside out to adapt.

But tides ebb and flow, and now that Trump has beached himself far enough inland on a wave of hate someone has to roll up their sleeves and drag his leathery, sun-bloated carcass back out to sea. In real world terms that means using the legitimate systems designed to deliver democratic integrity against an administration accused of creeping authoritarianism, led by a big boss whose special move is having no qualms about signing Executive Orders to protect his racket. And you have to play fairly to ensure the system remains fair for future generations, otherwise what does that make you? 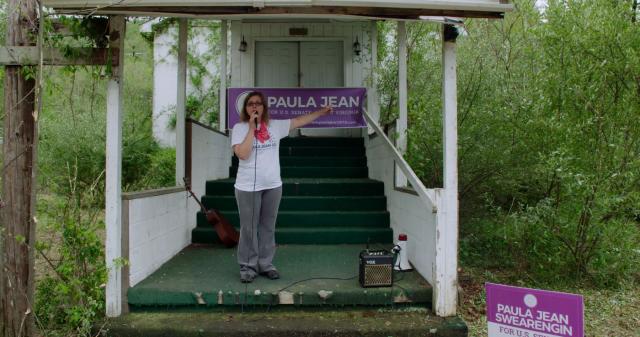 Right after this she nailed Master of Puppets


Rachel Lears' documentary Knock Down The House follows four female candidates during their primary campaigns to secure a seat in Congress. Each candidate is a self-described 'progressive' driven to action by the state of things in their respective communities, positing they can influence change from within. Basically they don't want to see the world burn, and because the bar is so low these days a position like that is a) required to reassure voters you think the world burning is a bad idea, b) opening yourself up to broadsides from the angriest berks who have ever dialled-in to America Online.

The candidates in question - Alexandria Ocasio-Cortez, Amy Vilela, Cori Bush and Paula Jean Swearengin - are from varied backgrounds but they're all grassroots sorts, raising campaign funds via crowdfunding, or making headlines with stories of relatable hardship. They've got a connection to the common folk that career politicians either couldn't possibly have due to privileged upbringings, or lost through exposure to the networks of a government laced with greasy handshakes and secret nods. There's nothing conspiratorial here though, just reminders of how entrenched the establishment is.

Lears makes efficient use of time, diving just enough into the lives of the candidates to understand where they're coming from, but not making them come across so weepy as to be ineffectual. These are after all women who have voluntarily chosen to take on the male-dominated world of politics and the inevitable harassment that will come with it. Indeed, among the grind of door-to-door canvassing we see clips of campaign staffers warning the candidates about the reality of the dangers they face simply for turning up prepared with facts and truths. This shouldn't be the way things are but welcome to the Trump era, where polite discourse goes to die. 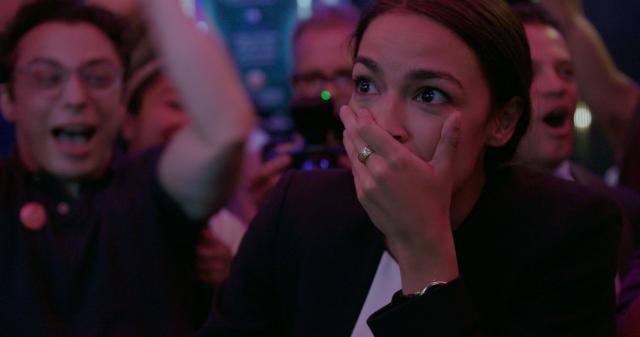 The exact moment the "Toad from Mario Kart" news broke


The big draw is Alexandria Ocasio-Cortez, who commands attention with her magnetic personality and upbeat demeanour, even when driving home points about social inequality to crinkly old men for the millionth time. She's a bit like if Bill Hicks' anger was combined with Siri's rational factualness and injected into Lara Croft, except instead of raiding tombs she's shutting down bullshit. It's exhilarating to watch her eviscerate opponents, and she clearly thrives on it - 'it' being exactly what she has in droves. Lears has either lucked out or been incredibly prophetic in gaining access to such a media-savvy figure at this early stage in her political career.

A lot will be written about Ocasio-Cortez's victory over the established favourite Joe Crowley (a lot already has, slightly muting the build up to the moment her team finds out the election results. P.s. spoiler, in case you've been living under a rock), but even with notable succeseses for minority and LGBT candidates in the 2018 midterms - a clear sign people are responding to a need for change - a lot of work needs to be done when there are those who won't budge on climate change, women's rights, and other topics not of benefit to rich old white men who'll be dead in twenty years, and it risks a backwards slide.

Whatever happens in the future though, there's no doubt Knock Down The House will be cited as an important chronicle of a pivotal moment in American politics when looking back on this period of turmoil, wondering what the fuck happened.

More:  Rachel Lears  Robin Blotnick  Alexandria Ocasio-Cortez  Amy Vilela  Cori Bush  Paula Jean Swearengin  Politics  Documentary
Follow us on Twitter @The_Shiznit for more fun features, film reviews and occasional commentary on what the best type of crisps are.
We are using Patreon to cover our hosting fees. So please consider chucking a few digital pennies our way by clicking on this link. Thanks!