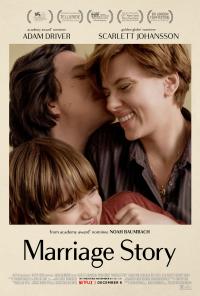 Relationships are weird. You come to them as a pair of individuals, both trying to find common threads while maintaining individuality. Then you move in together and over time adjust to each other's idiosyncrasies, forming new habits based on a shared life, until one day you realise you're a completely different person. Later if you decide to wave goodbye to sleep for about fifteen years by having children it adds an adorable layer of walking on eggshells to proceedings. The only way to really make it work is to be totally open about your thoughts and feelings - keeping secrets is just asking for trouble - so if/when things fall apart and you're held to account for your part in the failure you get to gloat over that deceitful snake (just kidding, honey - L for Love!).


Marriage Story is billed as a part-comedy about wedded life, yet at no point does anyone say "mahhh wiiife" in a Borat voice. It's just one of many disappointments contained within: former teen actress Nicole Barber (Scarlett Johansson) in stage director husband Charlie (Adam Driver) for a suspected affair; Nicole in herself for sleepwalking into becoming a downtrodden wife; Nicole in her family and friends for holding Charlie in such high regard; and Nicole in her lawyer (Laura Dern) for going so hard on him during their upcoming divorce.

It seems Nicole has every right to be peeved, but because Charlie is such a complicated brilliant artist (as these types always are), she just can't bring herself to give in to hate. Initially, anyway, as when the gloves come off the film becomes a no-holds-barred grudge match-style introspection of the trials and tribulations of familydom in our modern litigious world. Or in Hollywoodland at least, which does require a small amount of tiny-violinism to feel sorry for attractive whimsy artsy types feeling sorry for themselves. 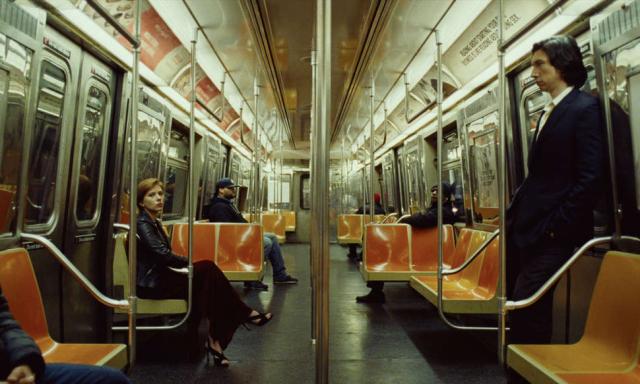 
So yeah, spoiler: Marriage Story is about a couple wringing the last few torturous months out of a relationship past its best - the actual marriage part a test of whether they'll stay together because of a bit of paper and conventional attitudes. Neither party is particularly bitter about it - they just want to get on with the task of, well, getting on. Which would be easy if it wasn't for soulless lawyers benching emotion as they divvy up the spoils. A job made all the more wrenching for Nicole and Charlie due to the involvement of a child, Henry (Azhy Robertson), and their respective lawyers putting the willies up them with frank talk of custody battles.

It's a nightmare scenario for any parent: you haven't done anything wrong, but doing right for the kid is going to feel like a damning indictment of your parental skills regardless if you draw the short straw on visitation. This makes for sudden bursts of emotionally-driven high stakes as Nicole and Charlie consider how deep to dig in their heels, with each additional day granted or conceded feeling like a victory or a loss. And this is all before splitting the material goods and working out the travel involved between their separate LA and New York homes. What a fucking headache.

Balancing this delicate situation is writer-director Noah Baumbach, who is perhaps (and maybe crudely) drawing on personal relationship experiences - hyperrealised in the public eye from his marriage to actress Jennifer Jason Leigh, and subsequent divorce after becoming involved with frequent collaborator Greta Gerwig, having fathered children with both women. Baumbach is a veteran of the quirky arthouse drama, often angled as a peek behind the veil of privilege, and no doubt influenced by his upbringing under a rich family tree full of artists, academics and writers. 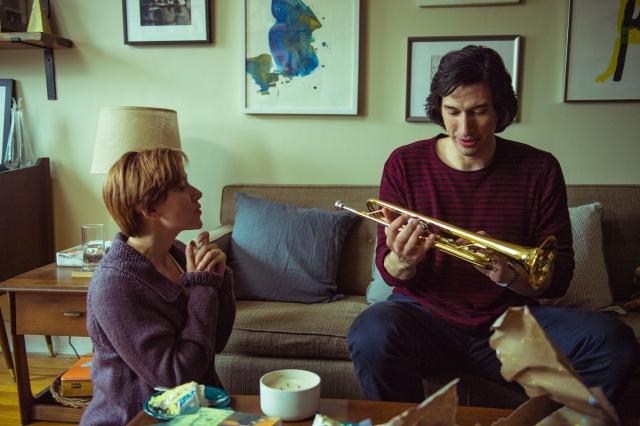 I'd rather hear sex noise than this


Whether this background makes Marriage Story autobiographical is probably a given, but the more pertinent question is whether the film is a confessional - and if so, what are we to make of Charlie's volatile behaviour, extracted as a meme but in context a worrying escalation of bickering to physical violence? Personally that moment soured what is an otherwise refreshingly modern tale of a couple looking beyond the checkboxes of society to become individuals once more, but as a demonstration of the toll taken on even the most strongest-willed psyches during an exhaustive process it's certainly effective.

Ultimately Baumbach's message is one of reconciliation over animosity; understanding over burning bridges - and that all the pent-up rage isn't worth it. These are tiring times for everyone, and we've got all the knowledge and choice to enter into relationships with our eyes open to the cost, both material and emotional. It's a very modern sensibility to grab hold of as we let go of the ways of the past, and Baumbach succeeds, leaving us to wonder what kind of people post-marriage Nicole and Charlie will be as they begin the next phase of their lives.

More:  Scarlett Johansson  Adam Driver  Laura Dern  Ray Liotta  Alan Alda  Noah Baumbach  Netflix
Follow us on Twitter @The_Shiznit for more fun features, film reviews and occasional commentary on what the best type of crisps are.
We are using Patreon to cover our hosting fees. So please consider chucking a few digital pennies our way by clicking on this link. Thanks!