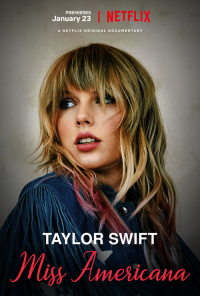 Can you believe the Taylor Swift-Kanye West "I'mma let you finish" VMA awards show incident happened more than ten years ago? That's TEN years. Ten. T-E-N. Taylor Swift was a mere 17 at the time and had already accomplished more with her life and career than most of us ever will, but what's happened in the decade since? The tl;dr answer is she kept on writing songs and performing, eventually conquering the music industry by establishing herself as an independent woman of considerable talent and business acumen. And then she was in Cats. The longer answer is contained within this new documentary, Miss Americana.


The trouble with trying to make a documentary about the music industry is Spinal Tap and Popstar: Never Stop Never Stopping exist. Worse still for one focussed on the current pop scene is Popstar remains such a thorough evisceration of the glitz and twinkle and phoneyness of what goes on within our instant knee-jerk media cycle, it's almost impossible to tell the difference between the real thing and the manufactured parody - although all music is manufactured rubbish these days isn't it? By reading on you agree modern music is rubbish.

Revealingly, Swift begins Lana Wilson's documentary complaining about her in-built desire to constantly keep people happy - a topic addressed in her songs, and a necessary evil of staying relevant when audiences can be so fickle. The way this has traditionally been done in music is through reinvention: Madonna emerges every decade sounding increasingly like R2-D2, George Michael animorphed into a slippery sex otter; it's all well and good giving the audience what they want, but more than that you've got to live it when every movement is under scrutiny. 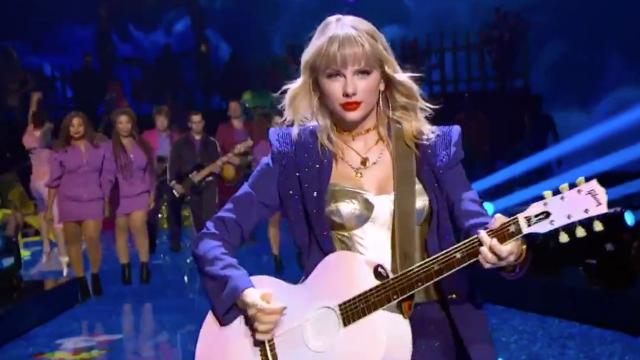 The Cradle of Filth cover was unexpected


Consequently Taylor Swift the Person is trapped forever as whatever Taylor Swift the Brand is at this point in time to continue being Taylor Swift the Taylor Swift. This might sound like a pretty sweet deal to keep prolonging a life of glamour, private jets and fawning attention but as we've learnt time and again from former child stars-turned-adults, being under the constant watchful, judgemental eyes of the world from a very young age can really fuck you up well into adulthood.

Wilson's chronicle is a fairly limp capture of the ups and downs of Swift's stardom, showing us some private moments but never really pushing on any hard-hitting questions. We're allowed to see what Swift is willing to reveal, addressed to camera dear diary-style, so things do feel a little stage-managed to appear more intimate than they needed to be. But then with 127 million Instagram followers and 85 million on Twitter, all able to vent their bile in unison at the tiniest perceived fault, wouldn't you want to retain a safe cap on things? 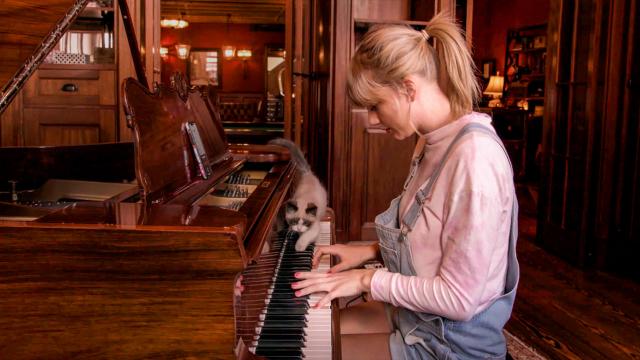 
But just when you've settled in to this largely being a puff piece, something remarkable happens. Taylor Swift - blond-haired poster child for honky tonk America - sends a message to her online followers making a left-leaning political endorsement. It's not unusual for media figures to let their political views be known, but for someone who had previously shied away from political controversy even during the 2016 election to come out swinging for the liberals, to her millions of fans just embarking on their political lives, it was a brave act of calculated divisiveness.

Of course this sent right-leaning outlets into a confused frenzy. Fox News and their like had to quickly adjust to the fact that a) children were being politically indoctrinated for social good, and b) a woman was doing it. It goes without saying they shit the bed. The fallout is a reminder of how hostile US media can be when not on your side - a fascinating subject in itself, but here only covered towards the end as a culmination of Swift's popularity and determination to be taken seriously as an adult. And with that Miss Americana gives us a look at the next evolution of Taylor Swift, and what will undoubtedly be the next big thing in pop music: the political popstar.

More:  Taylor Swift  Lana Wilson  Documentary
Follow us on Twitter @The_Shiznit for more fun features, film reviews and occasional commentary on what the best type of crisps are.
We are using Patreon to cover our hosting fees. So please consider chucking a few digital pennies our way by clicking on this link. Thanks!