Review: Paddleton is an awkward embrace with fragile masculinity 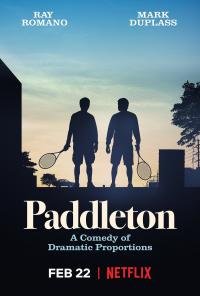 SPOILER ALERT: You will die. It's just a matter of finding out when and how - and that's only if you see it coming. Many people will wake up this morning not knowing it's going to be their last day on earth. The lucky ones will have some advance notice of their expiration date, and so get a chance to take stock of their lives before deciding what to do with their remaining time. Traditional Hollywood plotting dictates this to be some kind of quest to undo past misdeeds as part of a redemption arc, before slipping away quietly surrounded by loved ones and that hot girl from college. But not in Alex Lehmann and Mark Duplass' Paddleton, in which a pair of friends go on a road trip to commit clinician-assisted suicide after one of them discovers he has terminal cancer. With a wacky setup like that they should have called this movie DEATH RIDE!


I'm fortunate that I haven't had to face the grim spectre of death much in my 37 years. Both my parents are still alive so I guess I'll have to deal with that whole thing at some point, unless the selfish bastards outlive me. And while I am grateful to have inherited their dark sense of humour, emotionally they are frustratingly British in their buttoned-down ways. I bring this up because mental health is a talking point right now, and my parents come from a generation where loyal housewives cooked dinners and put the kids to bed, real men drank seven pints before driving home from the Spurs match, everyone stayed in their lane, and nobody dared discuss the negative effects this boxed-in system was having on their emotional state. A simpler time bomb.

Things are exponentially more complicated these days, with our 24/7 connected lifestyles, red flashing news tickers and crumbling infrastructures, and the youth are struggling to cope. But we now know better than to bottle everything up, which is being reflected in our media - sparking joy by decluttering on TV, body positivity in magazines, "hygge", and a new wave of emotionally fluent movies. It's building a strong foundation for future generations, while at the same time opening up a bold cultural front to tackle important questions about the flaws in our society today. 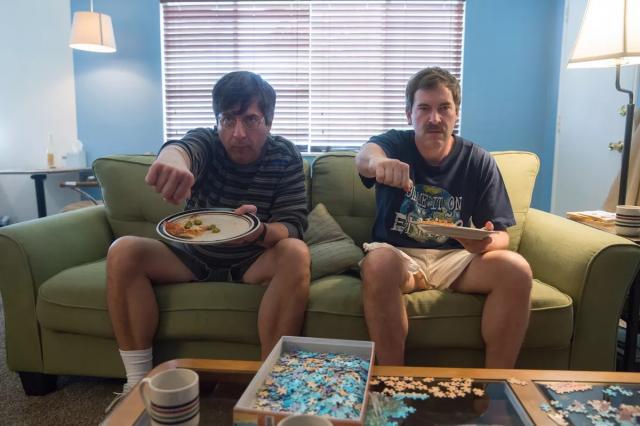 
Paddleton doesn't waste any time confronting death. We open with Michael (Mark Duplass) receiving a terminal stomach cancer diagnosis accompanied by his friend and neighbour, Andy (Ray Romano). Both are amiable hangdog types who have lost their lustre somewhat and are sort of just drifting along - but Michael's news is an untimely reminder of how little they have at a point in their lives when they're expected to have The Job, The Kids, The Dog. It's a scarily relatable scenario to anyone who has ever wondered if they are doing life right, ultimately leading to the question of how late is too late?

"
"
a drily ambling exploration of masculinity and overcoming self-imposed barriers
The one thing Michael and Andy do have is each other, and Andy takes it upon himself to comfort Michael in whatever way he can, during whatever time he has left. But Michael doesn't want to watch himself fade away, deciding to go out on his own terms by committing clinician-assisted suicide - a kind of over-the-counter euthanasia you can do in front of the telly. This leads to a drily ambling exploration of masculinity and overcoming self-imposed barriers, spanning a short road trip to the nearest outlet stocking the life-ending drugs Michael needs. The pair chat about life, regrets and ghosts as they slowly unpack, eventually bubbling over as the weight of their situation comes to the fore. It is a comedy though, honest.

Duplass and Romano excel at that slightly pathetic easygoing everyman sort, which is always endearing, but your receptiveness to Paddleton's charms may rest on your answer to the following question: are films emotionally manipulative, or are they there to remind you of emotions you're capable of feeling? Like I said at the start I haven't dealt with grief much in my life. My rabbit died a few years back but they have short lifespans so that was expected. I know people who have lost parents, but can only imagine what their loss feels like. Some may want to connect with that part of themselves to remind them of past grief, but it feels like faking it a little when I can never fully connect with the emotional core of a film. Your mileage may vary. 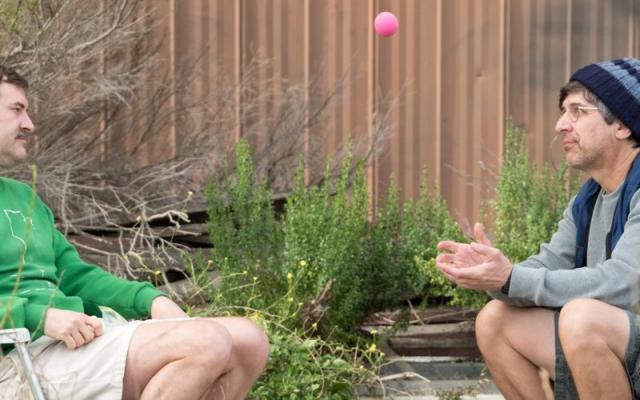 
And so on to the titular game of paddleton - an invention of Michael and Andy's where they bounce tennis balls against a wall in an effort to land them in a bin. In the moment paddleton is just a fun non-contact sport to hang out, perfect for shooting the shit. At a distance paddleton is a device to demonstrate how nobody can ever truly die if we keep them alive in our memories. A scene near the end of the movie where Andy offers to teach a young boy how to play the game cements this concept, hinting at a legacy for Michael no matter his achievements.

No one knows what happens after we die. Does our conscience float around in some invisible cosmic dimension? Are our old pets waiting for us with excited faces, like we've come back from the longest day at work? Are we just worm food? I've always been fond of solipsism - the notion that there is nothing before or after coming into being, you are the universe, and everything you experience is a reaction to stimulus. How could you know any different? I hope it's the pet thing. Whatever it is, nobody has come back to tell us yet meaning the only thing you can be sure about is the existence you have now, so probably best to make the most of it before you run out of time.

Phew that took some detours. To recap: discussing emotions good; Paddleton was good not great; parents not dead yet.

More:  Paddleton  Alex Lehmann  Mark Duplass  Ray Romano
Follow us on Twitter @The_Shiznit for more fun features, film reviews and occasional commentary on what the best type of crisps are.
We are using Patreon to cover our hosting fees. So please consider chucking a few digital pennies our way by clicking on this link. Thanks!