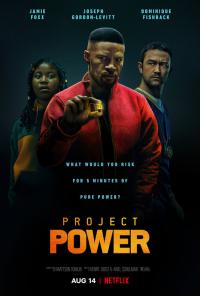 Netflix is an odd one isn't it. In order to operate they need to attract a certain amount of subscribers, so cast a wide net of shiny mid-budget fare with no pretension the films don't exist to reel in the dollars. It's pure returns-driven broad entertainment, designed to appeal to as many people as possible but that leaves little cultural footprint. Other studios do this, of course - it is a movie industry after all - but the frequency of ho hum numbers generated by Netflix does nothing for their reputation as a production line serving up gruel, and the next announcement always comes with a twinge of doubt. Anyway I just watched this new Netflix film called Project Power.


As someone with an interest in how films work, I often find myself watching screenwriting advice videos with titles like "How To Avoid A Boring Script" or "Ten Things Your Character Must Do". The subjects talk with clarity and conviction, but when you actually look up the films they've written they're usually, for want of a better word, shit. It's then you realise these experts have written dozens of scripts, know how all the beats function, and how to work the industry - but because they've been so busy doing all that in search of a payday, they forgot to write anything of actual substance. Consequently the talking head videos have an air of them trying to sell you something, like a pyramid scheme where you buy into capable mediocrity.

The reason I've brought this up is due to Project Power screenwriter Mattson Tomlin's recent comment that he writes ten scripts a year, which sent parts of my social media into a frenzy of weird jealous existentialism: Am I writing enough? Did he get paid for them all? Does he expect to sell any? By Tomlin's admission they're not all masterpieces, but his work ethic has landed him a number of meaty projects, including a co-writing credit on Matt Reeves' upcoming The Batman. So you'd think Project Power would be an exciting insight into what Tomlin is capable of, and er, ah, um. Remember all that stuff I wrote just now about shovels and pyramids? 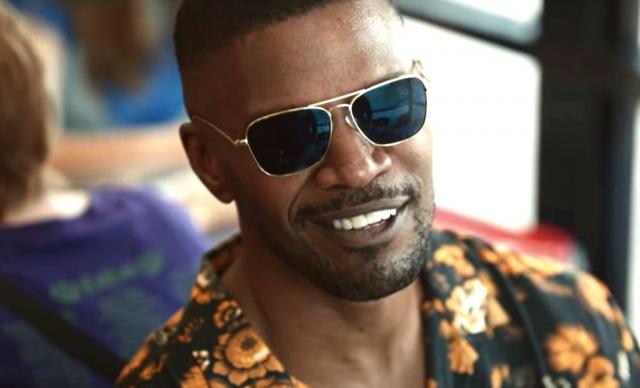 The wardrobe department is on fire, however

Project Power is a superhero movie. There are characters who use their powers for the greater good, some who do crimes, and then others who use their powers to seek personal vengeance. You know the drill. The difference here is that to access your superpower you have to take a pill, and everyone's superpower is unknown until they start using - for example good guy cop Frank (Joseph Gordon-Levitt) discovers he can become bulletproof, which is handy in his line of work. But using superpowers is taboo in this world, and so pill usage is a sort of analogy for drugs. Factor in a shady government-linked organisation flooding the streets with the pill/drugs, and you've got a whole load of half-baked social commentary to go with the half-arsed X-Men rip-offery.

If I sound cynical then that's because I can't escape the feeling Project Power was made for the cynical reasons mentioned in my opening paragraph. On the surface it appears to be a derivative of the most generic superhero movies the cape genre has to offer, with Netflix gambling on Gordon-Levitt and Jamie Foxx (he plays Art; an ex-soldier-cum-experiment survivor in the Wolverine vein, searching for a missing daughter) being big enough names to reel in audiences, or that people after a superhero fix will press play because the Disney/Fox stuff is no longer on the platform. 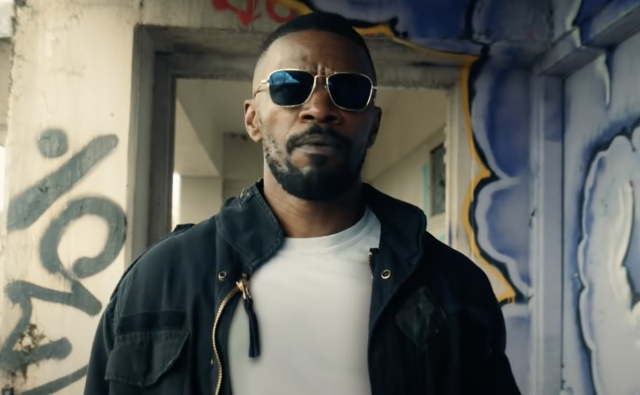 Seriously, where can I get that jacket, and will it make me as cool as Jamie Foxx?

Beneath the surface there's... not a great deal, just well-worn story mechanics - all working perfectly in unison, but even the most precisely-tuned plot beats need that extra sparkle to prove a human being actually wrote the film for other humans. It's a shame the social commentary angle is left in the dust by the frantic pace of the action. The ethics of a cop taking performance-enhancing drugs is an interesting enough moral talking point, but here becomes a convenience to slot Frank neatly into where he needs to be. It all seems more like a calculated product than a movie.

To make matters worse, Project Power has been accused of bearing a number of similarities to an Indian superhero film, Iru Mugan. It would be a legitimate complaint if any element of either of these films sounded like something so brainbendingly original, it could only be a case of outright plagiarism or an astonishing coincidence. But no, the gimmick employed by both films is only a slight tweak on the usual superhero template to introduce conspiracy thriller aspects. Look, if we start debating succession and artistic integrity in the superhero movie genre we'll be here until the heat death of the universe, or MCU Phase 25 - whichever happens first - so I'd like to stop now please.

More:  Jamie Foxx  Joseph Gordon-Levitt  Dominique Fishback  Rodrigo Santoro  Colson Baker  Courtney B Vance  Henry Joost  Ariel Schulman  Mattson Tomlin  Superheroes
Follow us on Twitter @The_Shiznit for more fun features, film reviews and occasional commentary on what the best type of crisps are.
We are using Patreon to cover our hosting fees. So please consider chucking a few digital pennies our way by clicking on this link. Thanks!