Review: Spenser Confidential is a bad film so I wrote a bad review 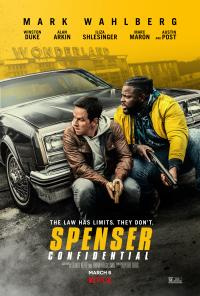 This is going to be one of those reviews that mostly just describes what happens in the film, with no real insight into the plot or themes - not that there are much of either - but it's the only way I can think to get across how monumentally idiotic Spenser Confidential is. Another way would be telling you it's a direct-to-Netflix action movie starring Mark Wahlberg and directed by Peter Berg and letting you make up your own mind, but I had to suffer through it and now so do you.


Spenser (Wahlberg) is a good guy from Boston who finds himself in prison, which is not ideal seeing as he's also a cop. Cops shouldn't be in prison they should be outside of prison. We know Spenser is a good guy because in prison he reads books. Also at one point his girlfriend, Cissy (Iliza Shlesinger in full Boston Banshee mode), shrieks at him that he's got a "moral code," because you really need to understand that he is good. Not bad. Spenser has big muscles which he uses to punch bad guys - but one day he punched his superior, Captain Boylan (Michael Gaston), which is how he ended up in prison in the first place. But enough backstory.

Now on release, Spenser finds himself caught up in a conspiracy involving land deals, drugs, corrupt cops and MMA thugs, after Captain Boylan is murdered and the finger is pointed squarely in his direction. But who would set Spenser up with a hackneyed revenge plot, and why? Spenser sets about trying to uncover the truth with the help of his old boxing coach, Henry (Alan Arkin), and fellow good guy fallen on hard times, Hawk (Winston Duke). I really like Winston Duke - he was fantastic in Us - and I hope he recovers from whatever misfortune led to him appearing here. 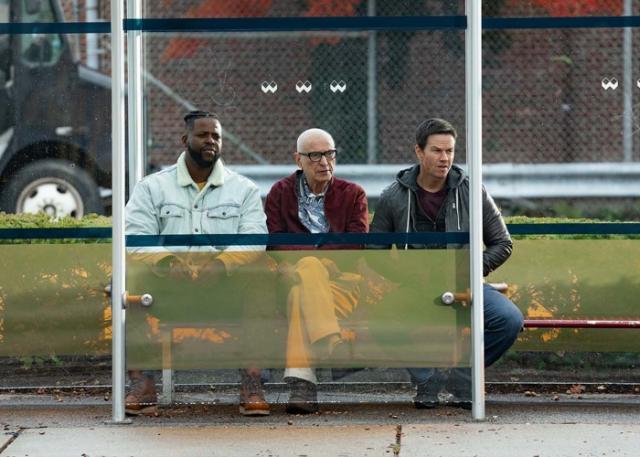 
Adjacent to all this are Cissy's attempts to confront Spenser over his prison stretch, turning up periodically to screech at him, because that is the limit of her character. But he's avoiding her so she doesn't get drawn in. He is such a nice guy. But then all that goes out the window when Spenser uses Cissy's house as a hiding place for Henry and a large van full of drugs he commandeers from... I forget where and why, but he fucks everything up. At this point you have to know that Spenser's genius plan to outrun the bad cops and local gangsters is to stay here for two days. Like in GTA when you hide behind a wall for a few minutes until your wanted level goes down and the police reset.

Throughout this Spenser has to attend a truck driving class as part of his release conditions - literally so he can turn up in a big black truck at the end and they can play that "Woah-oah Black Betty bamalang" song. But instead of making notes about trucks in his notepad, Spenser uses the time to silently brainstorm the case, jotting down questions such as "who killed the captain?" and "WHY?". After maybe 3-4 weeks of classes we finally see Spenser's work: a single A5 page scrawled with broad plot points - in pencil, for that added primary school look. Reader, I hooted so loud Springwatch installed a night vision camera in my living room. 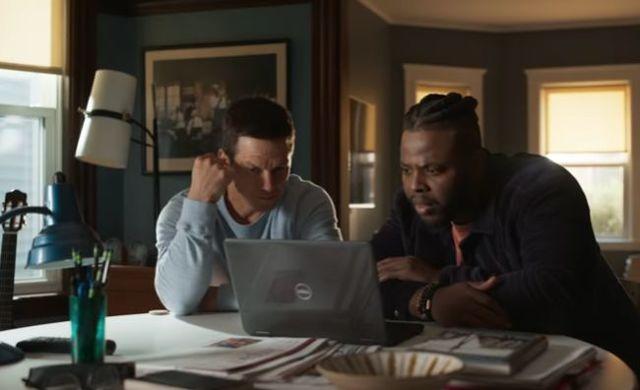 "Load up the iPlayer, Chris Packham is badger spotting"


In the end everything comes down to punching some goons, followed by a double-cross where Spenser has to fight Bokeem Woodbine. For some reason this is staged like a boxing match, but Bokeem Woodbine isn't as muscly as Spenser is, so you can see where this is going. And the day is saved, yay. After all this the film then has the neck to hint at a sequel where Spenser becomes a Jack Reacher-esque community PI. As if the people who made this have the creativity to do anything other than the exact same inane film again. Actually the real tragedy is they do.

Apparently Spenser Confidential is based on a long-running series of detective novels first published in the 1970s, a TV serial in the 1980s, and a TV movie run that ended in 2001. No I don't care either. The 2020 version is a brash, charmless, witless mess of derivative plotting and lazy scripting designed to appeal to a lowest common denominator viewer who gets a kick out of muscles and trucks and MMA fighting We're all better than this. Okay, demonstrably I'm not because I made it to the end of the film. But heed this as a warning not to stoop to my level.