Review: The Aeronauts is an uplifting ode to the spirit of discovery 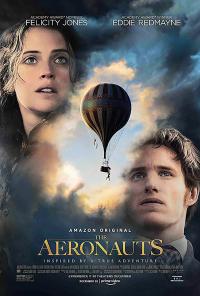 There's something compelling about a singular premise. Gravity and The Martian both made good use of theirs, squeezing every second of tension out of a sequence of continually escalating nightmare scenarios, all in service of one outcome. What those films have in common are protagonists who want to survive not just through a desire to see their efforts validated, but also as avatars of a very human need to prove we can overcome the challenges of nature as a species able to shape the world around us. It's affecting, connective stuff, and rings true on a fundamental level. But whereas Matt Damon's character in The Martian mostly concerned himself with potatoes, if I've learnt anything from The Aeronauts it's to always carry a knife.


You'd have to be properly mad to climb into a hot air balloon. All that's stopping you from plummeting to the ground hundreds of feet below, drifting into a power line or floating away into space, is some cloth, rope, sand and a big wicker basket - which you're meant to keep control of by starting a fire inside connected to some gas cylinders. Fuck that; I've played Just Cause. But back in the 1800s, having mastered the seas and tunnels and bridges, seeing how far up in the sky you could get without ending up as a bag of smashed bones and pureed organs on the floor was the height (pun intended) of scientific endeavour.

The Aeronauts is the story of real-life scientist James Glaisher, and made up woman Amelia (played by Eddie Redmayne and Felicity Jones, clearly out to corner the market in England's plummiest pairings throughout time), trying to prove theorems about weather and make points about what women are capable of respectively - this is Victorian England after all. James is above the sexist attitude of his peers, however, and when he crosses paths with Amelia after her husband dies in a balloon-based experiment, the pair strike a deal to use her showmanship and piloting skills and his science know-how to further their causes. 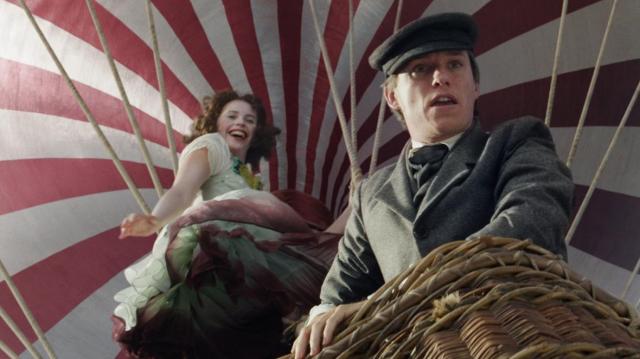 TFW you forgot to pack the Jaffa Cakes


James is convinced that with enough data you can predict the weather - the history tells us this was a precursor to modern day meteorology - but to get enough data they're going to have to go higher than any human has ever gone before, and then make it back in one piece to tell someone about it. The ascent starts well enough, allowing director Tom Harper to give us a spectacular aerial tour of London and the heavens as James and Amelia take in their lofty surroundings, but everything soon goes to shit when they fly smack into a storm, kicking the film up a notch as the fight to conquer the elements begins.

And from then on it's all things spinning around, catching fire, freezing, deflating, expanding, you get the drift - with each situation recovered in a last gasp effort that will cause your eyes to roll if you're averse to convenient Hollywood miracles. But like the examples of Gravity and The Martian, the cheesiness is just shorthand for struggle, and with the added element of human advancement at stake, somewhere in our monkey brain the pieces fit together into a pleasing acknowledgement of the sacrifices made to elevate our species. Or something like that.

Big posh toothy grins aside, one overwhelmingly positive reason to see The Aeronauts is how ludicrously glorious the special effects are. Obviously good effects are par for the course these days, but even so Harper has constructed his film so seamlessly cohesive from ground to sky and back down again, it's easy to forget they never actually sent Redmayne and Jones up in a hot air balloon with a copy of the script and a Go Pro. I'd say go see it in IMAX as it deserves to be seen on the largest screen possible, but for the next 4-24 weeks that just seems like taking the piss.

More:  Eddie Redmayne  Felicity Jones  Himesh Patel  Phoebe Fox  Rebecca Front  Tom Courtenay  Tom Harper  Jack Thorne
Follow us on Twitter @The_Shiznit for more fun features, film reviews and occasional commentary on what the best type of crisps are.
We are using Patreon to cover our hosting fees. So please consider chucking a few digital pennies our way by clicking on this link. Thanks!