Review: The Babysitter: Killer Queen is a sequel that's stuck in the past 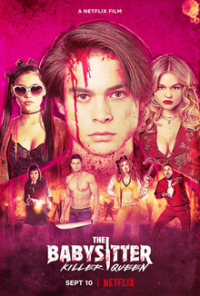 I wasn't going to review The Babysitter: Killer Queen because it is a horribly bad film. But then I remembered that the world is in this sorry state because people aren't doing much to help each other out right now, and the film contains a good reason to do just that, even though it wasn't the intention of the filmmakers. So please consider this a PSA.


It must be great to be permanently stuck in 1999, as director McG seems to be. No social media, no Brexit, no Coronavirus, no consequences. Even the clothes at Next were better back then. And another thing I've noticed in the last few decades: people eat a whole pizza to themselves at Pizza Hut now. Time was we used to share a large pizza, or order a small if dessert was in play. I'm not sure how the pizza restaurants convinced us to do this, but I don't have any beef with them and would prefer it to stay that way. I digress.

The first big gag in 2020 film The Babysitter: Killer Queen is a dig at Kanye West's mental health. Specifically the line is "I have students who are more bipolar than Kanye West". The night I watched the film Kanye West was having a particularly troubling time on Twitter with his illness which required his wife, Kim Kardashian, to step in. It's pretty extraordinary that two of the most famous people on the planet are married to each other, and that they have to deal with mental health episodes regularly in one of the most public and least forgiving ways possible, isn't it? 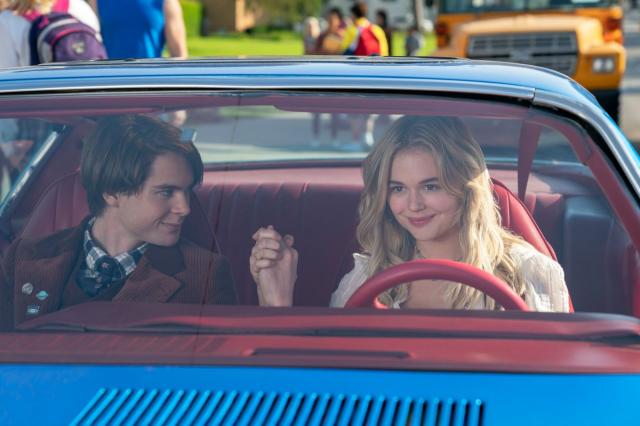 Get in, loser. We're going home because everything is shut.

The only positive way to look at any of this is believing that Kanye West and Kim Kardashian's ultra-fame has helped shed light on a condition blighting many lives with periods of extreme mania and depression. Which you'd hope would in turn lead to more understanding and compassion, and not being the butt of a joke in a film that doesn't have the decency to stick with cultural references or bad taste - just one quick jab at Kanye West for a gag that had already dated before it was filmed.

It's fascinating really; I've never seen a film - which had a fair amount of goodwill from the okay first one too - shit the bed so quickly and so thoroughly. I'm talking the kind of mattress-ruining brown soak you'd expect after eating a whole bag of wet eggs and downing your entire £20 month of Pret coffee in one sitting, shouting "more!" at a concerned barista as your butthole starts to weep but you're certain this one will give you the power to make yourself airtight. The sort of curdled pipe juice Boris Johnson probably sat in for a few days after being told he might die in an ICU of his reckoning. You get the idea. It was a bad foot to set off on, and the callousness bothered me a lot.

I praised McG last year for bad taste sci-fi comedy Rim of the World, and that was deserved as it made the most of what it set out to be. In The Babysitter: Killer Queen set pieces are squandered and jokes are laboured (stoner parents LOL!), in what feels like an exercise in getting from A-to-B so a final twist can be revealed. But wasted setups and recycled plots aside, it's the mean-spiritedness of a totally surplus line that really reveals the lack of anything this film has to offer.